by Physicians for a National Health Program 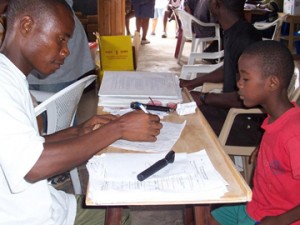 A group of over 15,000 U.S. physicians has called on President-elect Barack Obama and the new Congress to “do the right thing” and enact a single-payer national health insurance plan, a system of public health care financing frequently characterized as “an improved Medicare for all.”

“Our country is hailing the remarkable and historic victory of Barack Obama and the mandate for change the electorate has awarded him,” said Dr. Quentin Young, national coordinator of Physicians for a National Health Program.

“In large measure Sen. Obama’s victory and the victories of his allies in the House and Senate were propelled by mounting public worries about health care,” he said. “Yet the prescription offered during the campaign by the president-elect and most Democratic policy makers – a hybrid of private health insurance plans and government subsidies – will not resolve the problems of our dangerously dysfunctional system.

“We’ve seen such hybrids repeatedly fail in state-based experiments over the past 20 years in Oregon, Minnesota, Washington and several other states, including Massachusetts, whose second go-round at incremental reform is already faltering,” Young said.

“The only effective cure for our health care woes is to establish a single, publicly financed system, one that removes the inefficient, wasteful, for-profit private health insurance industry from the picture,” he said. “Single payer has a proven track record of success – Medicare being just one example – and is the only medically and fiscally responsible course of action to take.”

“A solid majority of physicians endorse such an approach,” Young said. “An April 2008 study in the Annals of Internal Medicine shows 59 percent of U.S. physicians support national health insurance. Opinion polls show two-thirds of the public also supports such a remedy. Now, with strong political leadership, this reform is within reach.”

Young said the adoption of a single-payer health system can be a “major component of the new president’s economic rescue of Main Street.”

“We see no value in trying to bail out the private health insurance industry, an unsustainable system of financing care that has outlived its usefulness,” he said. “By contrast, a single-payer plan would provide direct and much-needed relief to millions of American households at a time of great economic hardship.”

“Only a single-payer system can achieve the goal of comprehensive and affordable care for all,” he said, noting that the estimated $350 billion administrative savings realized by replacing private insurers would be enough to cover all of the country’s uninsured and to end co-payments and deductibles for all Americans. “This would be the perfect way for President Obama to get the country back on track.”

“Patients would be able to go to the doctors and hospitals of their choice and not have to worry about being able to afford it,” he said, “and the single-payer system’s ability to do bulk purchasing, planning and global budgeting would rein in costs.”

Young remarked: “This election has made all of these conditions happen. In his first 100 days, President Obama has a window of opportunity to inspire the nation by championing the enactment of single-payer national health insurance under the slogan, ‘Everybody in, nobody out.’ Such a plan is embodied in the U.S. National Health Insurance Act, H.R. 676, introduced by Rep. John Conyers Jr., D-Mich., and co-sponsored by more than 90 others, more than any other health reform legislation.”

Young noted that at least five additional supporters of single-payer health reform were elected to Congress, including Senator-elect Tom Udall, D-N.M., and that pro-single-payer ballot initiatives in 10 Massachusetts legislative districts “won by a landslide, on average receiving 73 percent of the vote.”

“Adopting a nationwide single-payer system will build on the great achievement of Medicare, further unify our people, strengthen our country’s economic competitiveness and assure President Obama’s legacy as an American hero,” Young said.

Physicians for a National Health Program, a membership organization of over 15,000 physicians, supports a single-payer national health insurance program. To contact a physician-spokesperson in your area, call (312) 782-6006 or visit www.pnhp.org/stateactions.

A Kaiser Foundation interview with PNHP co-founder Dr. David Himmelstein about the elections and single-payer health reform can be found here: http://salsa.democracyinaction.org/dia/track.jsp?v=2&c=dyAa3d%2FtCSFXvqmtOqt8CevsaLLbfeTV

The text of a recent “Open Letter to the Candidates on Single-Payer Health Reform,” signed by over 5,000 physicians, can be found here: http://salsa.democracyinaction.org/dia/track.jsp?v=2&c=1rqsNuO218ZZmASv%2BABZlevsaLLbfeTV

Contact Physicians for a National Health Program at 29 E. Madison, Suite 602, Chicago, IL 60602, (312) 782-6006, www.pnhp.org or info@pnhp.org. This story came to the Bay View via Portside, which aims to provide material of interest to people on the left that will help them to interpret the world and to change it.