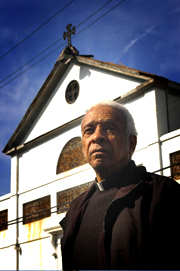 “There are strange things happening every day,” Gospel singer Sister Rosetta Tharpe used to sing in the 1930s and 1940s. At the moment, perhaps Florida takes the cake for strangeness where a group of enablers are helping homeless folk break into foreclosed, vacant homes, cleaning them up, repairing them and living in them as their own.

To say the least, it is a tad illegal, since they are squatters. But surprise! No one is rushing in to evict them. For one thing, owners are slow to find out. For another, city officials see the homes are being well kept and shielded from becoming crack houses. Finally, local residents have found that the new folks on the block are good neighbors.

For Florida, this is only a new twist to a history of squatters dating all the way back to the 1960s, when squatters settled on Wisteria/Christmas Tree Island in the Keys. Unlike then, today’s squatters are totally focused on become upright, law-abiding residents. The best Christmas they hope for is one where there will be no more evictions or legal threats. 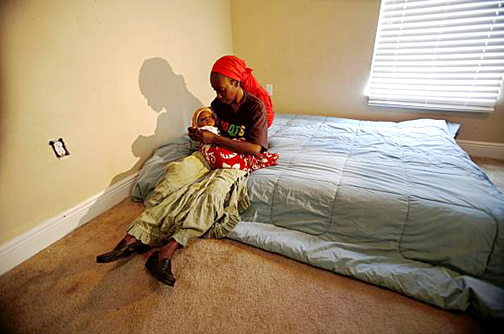 Could it be that we are looking at a back-door way of getting to implement the equivalent of a stimulus package or a convoluted way to subsidize those whose mortgages have been foreclosed? Not to speak of the flat out homeless who never had a house to be foreclosed.

If you are Everyone U.S.A. on the night before Christmas, will dreams, not so much of sugarplums, but of Tarps (Troubled Asset Relief Program) and Hedge Funds (for the elite investors protected by hedging investments) dance through your little head, making you wonder what these and other strange big money terms mean to small fry like us?

Chances are, you are not among those weighing the pros and cons of squatting. Still, will you spend Christmas worrying that your home is now valued at less than your mortgage? Or will your main fear be that you may default on paying your mortgage because your job has gone, while the news is that unemployment funds are dwindling?

As one can hear some say, are you bemoaning your inability to “make this a good Christmas for the children or the rest of your family?” Are you implying that Christmas is sterile and sad without purchases and gift-giving? Does the transcendent magic of the Big Birthday depend on whether you can pony up the money to buy gifts?

Some folks are rediscovering what used to be more common: fashioning Christmas gifts from scratch and imagination. Even in the good times of yesteryear, it was always intriguing to hear some people talk about their personalized, homemade gifts.

The most frequent remarks one hears is that homemade Christmas gifts cost a whole lot less and, most importantly, are invariably more meaningful to most people. It is a simple matter of having to give more of ourselves personally to do something homemade.

For you to say, as many have, that this will be a bleak Christmas completely misstates the meaning of Christmas and reality. The ultimate reality is that such a statement makes a big deal out of the bleakness of one day; whereas, all the days are bleak in this harsh environment since the financial meltdown. The holidays are but an exclamation point.

Furthermore, the very nature of Christ’s birth is shrouded in bleakness and mystery. Away from home, Mary and Joseph, the parents of Jesus, were in effect homeless at the time of his birth. Could anything have been more providential, more according to God’s unfathomable plan than that Mary should be traveling as her time drew near?

In this year of financial and economic collapse, and pretty near unprecedented global, geopolitical and military stress, the greatest irony is that we are now living in conditions similar to the deprivations of the Infant of Bethlehem. Lodging was a major problem, and Mary and Joseph had no coins to prove that ‘Money talks.’

The frenetic rush of Christmas buying, of ultra meal preparations, and of our frenzied creation of holiday atmosphere in music and decorations obscure the raw, blunt fact that Jesus was born in a cattle cave and laid in a manger. There was nothing snazzy about it.

Thus, God’s fabled love willed that, even though the Word of God had been “in his estate as God,” he was not to be elite in coming to earth to be one of us. “Rather, he emptied himself, taking the form of a slave, coming in human likeness … he humbled himself, becoming obedient to death, even death on a cross.” (Philippians 2:6-8) 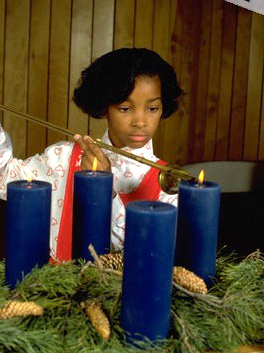 If anyone ever made a point in the history of the world, God certainly made a telling point in arranging that the celestial royalty of his Word would be introduced in time into the world under the most demeaning of circumstances. Could anything be more unlikely?

Every year, in a weird departure from the reality of that humble Advent from heaven to earth, many people stumble around, mistakenly looking for what does not exist. “I just don’t have the spirit of Christmas this year,” they say. And, of course, they set about doing music and things, trying to crank up artificially a mood they think is lacking.

To make matters worse, many feed their worries, fears, anxieties and insecurities by hanging on the lips of fancied financial, economic, political and social savants. It is, unfortunately, a classical case of the blind futilely attempting to lead the blind.

So, what will you be doing for Christmas, apart from caroling in a splendid church celebration, going into hock for gifts you cannot afford, splurging on a king’s dinner with way too much cardiac-hostile fats, salts and sweets? Oh yes, and don’t forget the special rounds of holiday NFL, NBA and college gladiatorial contests!

With family there to cheer you on, surely you will run the gamut of conversations on the state of the union, the prognosis of an economy on life support, bailout plans and all the seemingly impotent efforts of Congress, the administration and private enterprise.

Beyond all doubt, in this year of financial and economic collapse, and pretty near unprecedented global, geopolitical and military stress, the greatest irony is that we are now living in conditions similar to the deprivations of the Infant of Bethlehem. Lodging was a major problem, and Mary and Joseph had no coins to prove that “Money talks.”

Curiously, the toxic financial and economic atmosphere in which we live can be the opportunity of a lifetime to get the Christmas story and meaning right. Identity with the Word made one of us is a startling by-product of economic human greed and stupidity.

Rev. Jerome G. LeDoux, S.V.D., is the beloved former pastor of St. Augustine’s Catholic Church of New Orleans, the oldest Black Catholic church in the U.S. He can be reached at jgledoux@juno.com. Ask to be placed on his email list for occasional “sermons” like this.