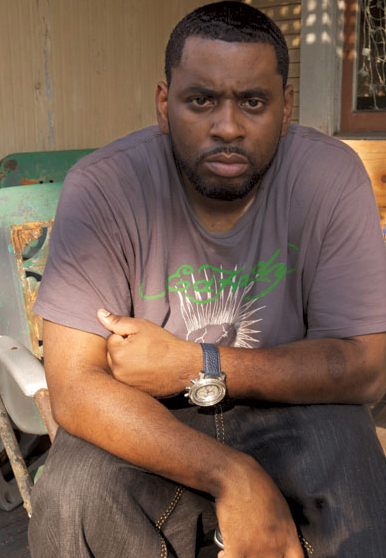 In an 18-month investigation appearing this week on the cover of The Nation and supported by The Investigative Fund at The Nation Institute, reporter A.C. Thompson weaves together stories of both innocent victims and unrepentant vigilantes, painting a terrifying and never before told picture of a hidden race war in New Orleans in the days following Hurricane Katrina. Most of the incidents took place in Algiers Point, a neighborhood which stood between the inundated Lower Ninth Ward and a National Guard rescue point. As Black residents from the Lower Ninth tried to flee New Orleans, white residents in Algiers Point took up arms and opened fire, shooting with impunity.

Thompson, in “Katrina’s Hidden Race War” and a companion piece, “Body of Evidence,” interviews witnesses on all sides of the gunfire, including shooters from Algiers Point, gunshot survivors, forensic pathologists, doctors, historians, private citizens and law enforcement officials. Thompson reviewed over 800 autopsies and state death records and reveals a city fractured across racial lines and evidence of brutal crimes: 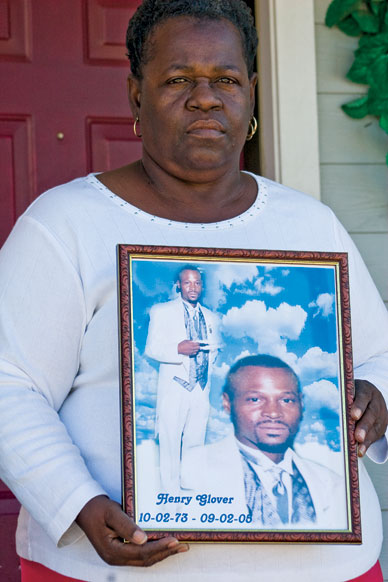 In spite of overwhelming evidence supporting all of these allegations, the New Orleans Police Department and public officials have refused comment, beyond a curt two-sentence email, for over eight months. To date there is no evidence a single investigation was ever opened, and law enforcement at every level was completely uncooperative with the investigation.

As Thompson, an award winning journalist now on staff at ProPublica, wrote in the piece, “As a reporter who has spent more than a decade covering crime, I was startled to meet so many people with so much detailed information about potentially serious offenses, none of whom have ever been interviewed by police.”

An accompanying editorial in the Jan. 5, 2009, issue of The Nation magazine calls for a full and complete investigation. “Katrina still stands as a symbol of our elected officials’ brutal indifference to the lives of poor African-Americans,” the editors write. “It’s not too late for accountability.”

The editors of The Nation, America’s oldest weekly news magazine, implore Louisiana Gov. Bobby Jindal to lead a multi-agency task force to get to the bottom of these crimes; Rep. John Conyers and Sen. Patrick Leahy to compel law enforcement to testify before Congress; and incoming Attorney General Eric Holder to begin an investigation at the Department of Justice. “If we as a nation are ever truly to transcend race,” they write, “tolerance for racist violence in our midst must come to an end.”

Rep. Conyers, who chairs the House Judiciary Committee, responded to The Nation’s investigation with a public statement saying: “I am deeply disturbed by the reported incidents in Algiers Point, Louisiana, following Hurricane Katrina.” Algiers Point residents, he continued, “allegedly shot randomly at African Americans who had fled to the area escaping the effects of the storm. Several injuries and deaths were reported. I am particularly concerned about accounts that local police fueled, rather than extinguished, the violence.”

Alerted by The Nation to the A.C. Thompson story, the advocacy group Color of Change launched a campaign moments after the story went to press echoing the calls for an investigation. Color of Change, a national organization that “exists to strengthen Black America’s political voice,” played a critical role in raising public outcry around the Jena 6 case and in demanding accountability immediately following Hurricane Katrina.

The organization has launched a petition drive and an online campaign targeting Jindal, Holder and others to demand an investigation. Go to http://www.colorofchange.org/nation to sign the petition, learn more and get involved.

“It’s unconscionable that three years would pass without any investigation into these crimes,” said James Rucker, co-founder and executive director of ColorofChange.org. “This is yet another tragic example of Louisiana officials not taking seriously their responsibility to protect Louisiana’s Black citizens. We hope that Thompson’s article and The Nation will help shame officials into action.”

A.C. Thompson’s reporting on New Orleans was directed and underwritten by the Investigative Fund at The Nation Institute. Thompson is an award-winning journalist on the staff at ProPublica, which provided additional support as did the Center for Investigative Reporting and New American Media. Thompson, who can be reached at A.C.Thompson@propublica.org , was previously a staff writer for the San Francisco Bay Guardian and SF Weekly. Writers who would like to follow up on Thompson’s work are invited to contact Ben Wyskida at ben@thenation.com, (212) 209-5426 or (917) 825-1289.

Victims and vigilantes in ‘Katrina’s Hidden Race War’ speak out

In this Nation Institute investigative report, two victims of post-Katrina violence describe their experiences with vigilantes in the Algiers Point neighborhood of New Orleans, and unrepentant shooters defend their actions.

Malik Rahim, who is interviewed here, first told this story to the Bay View when, two days after Katrina, Bay View editor Mary Ratcliff called him and, as he dictated, typed “This is criminal,” in which he said, “There are gangs of white vigilantes near here riding around in pickup trucks, all of them armed, and any young Black they see who they figure doesn’t belong in their community, they shoot him. I tell them, ‘Stop! You’re going to start a riot.’ … But nobody cares. They’re just lawless looters … dangerous.”

The Bay View deeply appreciates A.C. Thompson, The Nation and everyone who supported this investigation. Once again, Katrina shines a light on the deplorable state of race relations in the U.S., the fear and contempt that allowed whites to turn vigilante and take Black lives with impunity.

30,000 respondents offer a complex picture of race and gender with serious implications for the 2020 election