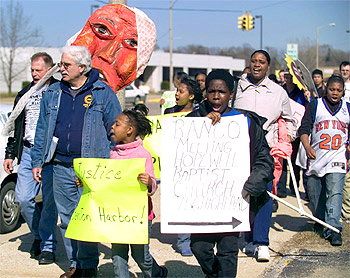 Detroit – The American Civil Liberties Union of Michigan applauded a Court of Appeals decision today granting its motion for bond on behalf of a Benton Harbor minister who is serving a 3-10 year prison sentence for writing a newspaper article that harshly criticized the judge who presided over his trial.

“We are thrilled that Rev. Edward Pinkney will be home with his family celebrating Christmas instead of sitting in prison for criticizing a judge,” said Michigan ACLU Legal Director Michael J. Steinberg. “The court properly recognized that serious constitutional questions are raised when a minister is thrown in prison for predicting what God might do.”

Rev. Pinkney is a Baptist minister in Benton Harbor, a predominantly African American community with a troubled relationship with its predominantly white sister city, St. Joseph. Rev. Pinkney has long been an outspoken community activist and advocate, frequently denouncing injustice and racial inequality in Benton Harbor, its local government and the Berrien County criminal justice system in particular.

In 2007, Rev. Pinkney was sentenced to probation for violating Michigan election law. But his probation was revoked and he was resentenced to 3-10 years in prison solely because of an article he wrote for a small Chicago newspaper. Quoting a passage from the Bible, Rev. Pinkney predicted that God would “curse” the judge unless he “hearken[ed] unto the voice of the Lord thy God to observe [and] to do all that is right.” Rev. Pinkney also expressed his opinion in the article that the judge was racist, dumb and corrupt.

The ACLU argued in its motion for bond pending appeal that the statements Rev. Pinkney made in his newspaper editorial, while offensive to many, are clearly protected speech under the First Amendment. The ACLU further urged the Court of Appeals to release Rev. Pinkney on bond while it considers the appeal of his sentence.

In an order issued yesterday, the Court of Appeals granted the ACLU motion and has asked the Berrien County Circuit Court to set the amount of bond. A date has not been set yet for a hearing to determine the bond amount; however, the ACLU will ask for the earliest date possible. The Court of Appeals is expected to decide the merits of Rev. Pinkney’s appeal in 2009.

To read the Court of Appeals order, go to http://www.aclumich.org/pdf/pinkneybondbrief.pdf.

To read the ACLU Brief in Support of Bond Pending Appeal, go to http://www.aclumich.org/pdf/pinkneybondbrief.pdf. 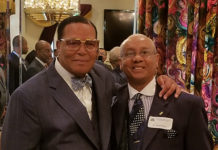 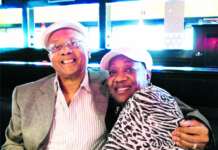 Rev. Pinkney, free at last, is already back in action