Testimony to the 7th Annual Symposium Against Isolation 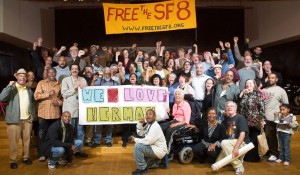 When imprisoned and placed in an isolation unit, at some point you begin to live inside yourself, assessing and measuring how you are doing against the moment-to-moment, day-to-day challenges that you are confronted by to gauge how well you are getting on. Even though we may spend countless years in prison, little if anything ever changes there. This might sound contradictory: In our minds we can become inured to the harshest conditions as a natural survival instinct; however, in reality, they remain just as agonizing. How we deal with them, process them, interact with them in our mind largely determines the change we perceive around us and inside ourselves.

Isolation bears two recognizable features: One is introspection; the other is torture. It brings out the worst in us and the best in us; regardless, we must somehow still make it through the day. And in the course of that day, and every day, we must fight our demons, real and imagined. The real ones are plain enough to see. They turn the keys. (But not all the turn-keys are bad, just most of them. I like to think that the decent ones were well brought up by their parents and that the bad ones, perhaps, didn’t receive all they thought they should from their parents and others, and therefore will always feel the world owes them something and that meantime they can do whatever they want. Controlling for greed and ideology – how else do we explain the pathology of man’s inhumanity to man?)

Isolation means you are cut off from the rest of the world, save for the occasional life-line that finds its way to you in the form of a visit, a letter and the occasional headline on a discarded newspaper that you might glimpse as you pass it by. Your world is greatly reduced. Fresh air, sunlight, food, keeping your body and clothes clean – the things you once took for granted – take on new importance in your life.

Under these reduced circumstances, you become so sucked into yourself that an hour feels like a day has gone by, a day feels like a week, and a week like a month. You lose a sense of time; you no longer care whether it’s day or night; you hallucinate; you hyperventilate. You know your scene has to change; nothing lasts forever. Your survival instincts keep you holding on. And suddenly the unexpected melodic sound of jangling keys breaks through the cocoon that time and isolation had woven around you. Then you wonder had all that been a dream.

Isolation transposes our reality; physical torture shapes it. Physical torture is a ravening beast that has slipped its bounds from Hell to feast upon the soul of humanity. It’s the Big Bad Wolf threatening the Three Little Pigs. It’s the Boogeyman lurking in the woods we heard so much about, coming to get us. It’s our worst nightmare rattling a locked door, straining mightily to get at us. It’s Abu-Ghraib; it’s Guantanamo; it’s the CIA’s Extraordinary Rendition; it’s the screams of prisoners in U.S. police stations.

Physical torture is a ravening beast that has slipped its bounds from Hell to feast upon the soul of humanity.

It’s the cries of the torn, the battered, the tormented victims of this ravenous beast that rears its ugly head to feast on pried fingernails and electrically charred genitalia, ear lobes and human breasts; chased down with a liter of water-boarding, stress positions, extremes of hot and cold temperatures; and garnished with absolute silence and jarring noise. All done to preserve an antiquated political and economic system that deprives the many of their needs and serves the few in their greed.

Outrage against this social practice should know no bounds; how can we not fight to end it?! Let us send the beast and its minions back to where they belong.

This testimony will be presented at the 7th International Symposium against Isolation to be held in Vienna Dec. 19-22. Black Panther veteran Herman Bell, 59, has been a political prisoner since 1973. He has earned a master’s degree, taught and coached younger prisoners and created the Victory Gardens Project to raise and distribute fresh organic produce in the inner city. Now a member of the San Francisco 8, he is being held in the San Francisco County Jail and can be reached by mail at Herman Bell, 2318931, 850 Bryant St., San Francisco CA 94103. Please support the brothers of the SF 8 by sending a donation. Make checks payable to CDHR/Agape and mail to Committee for the Defense of Human Rights (CDHR), P.O. Box 90221, Pasadena, CA 91109, or donate on line at www.freethesf8.org/donate.html. Contact the SF 8 at that address, (415) 226-1120, FreetheSF8@riseup.net or www.freethesf8.org, where you can learn about the case and each of them. 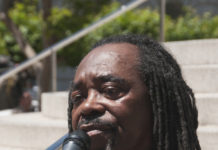 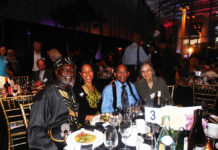 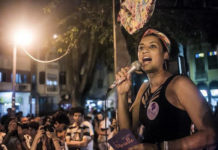