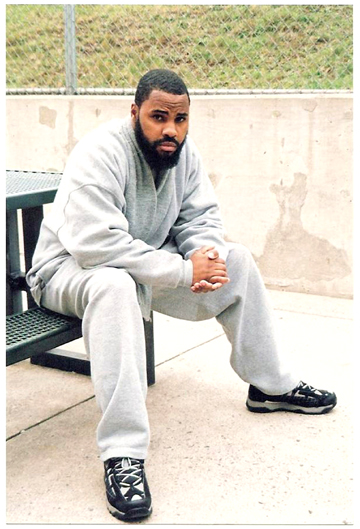 “Known worldwide as an almost mythical birthplace of liberty, the hope and freedom acted as a kind of psychic magnet, drawing the poor and oppressed from the class-bound aristocracies of Europe in rivers of emigration as well as Black captives escaping from Southern bondage and Black freedmen and women fleeing a humiliating and soul-sapping Southern apartheid. The Philadelphia that the stalwart Frederick Douglass beheld with snarled contempt would more than double in size in half a century, rising from 650,000 people in 1860 to 1.5 million by 1914.” – “A People’s History of the United States” by Howard Zinn, quoted from “We Want Freedom” by Mumia Abu-Jamal

Firstly, I would like to take this time to request a moment of silence for all of our fallen heroes and sheroes who made the ultimate sacrifice for our freedom against the oppression of innocent people by this wicked injustice system.

I humbly would like to thank each and every one of you who came out in support of this year’s Class-War Prisoners event. Your solidarity is greatly respected. I give the greeting in many tongues to everyone in attendance by saying “As-Salaam-Alaikum,” “Hotep,” “Ona MOVE” and “Greetings” to the masses who sacrificed their time to attend this important event. You have been chosen to become informed, abreast and in tune with a constant struggle that connects us all. I thank the Partisan Defense Committee for their massive support and love over the years throughout this atrocious ordeal. I stand in total solidarity with the labor force and with all people who take a stand against injustice and oppression.

I want you all to know that I have been constantly pushing for liberation quite vigorously and many of you inspire me to push harder and remember the words of a great freedom fighter, Sis. Harriet Tubman, who said: “I started with this idea in my head. There’s two things I have a right to: death or liberty,” quoted from the book “We Want Freedom” by Mumia Abu-Jamal.

From the beginning, as many of you know all too well, we are fighting for Mumia Abu-Jamal to be exonerated to freedom. We the people here today and abroad will not compromise in the liberation and freedom of him from behind enemy lines. The supporters constantly expressed this urgent message: FREEDOM OVER A NEW TRIAL!

So many times we have witnessed the vile injustice orchestrated in those so-called rooms of justice – aka the courtrooms. Too many have been unjustly persecuted and railroaded either because of the color of their skin, their poverty or even a combination of both. God forbid they publicly oppose this outright oppression! They will be prosecuted, ridiculed and even have their character defamed to a demoralized state by this mendacious legal system.

By you being here today either to support this movement or join it for the first time, you are showing your awareness and solidarity to expose and demolish the unsavory racist courts, the police state and racist Death Penalty Act that feeds off the working poor. We must collaborate and fight to achieve the one goal to free Mumia and all of our freedom fighters, including myself, from behind enemy lines.

The senseless murders at the hands of these racist rogue law enforcement officers nationwide are robbing the lives of our youth, women and men to feed their taste for blood like vampires. We cannot allow these injustices to go unchecked and accept their lies, thereby causing their behavior to be justified.

The courts, from the lower level to the Supreme Court, want to act as if they cannot see that Mumia Abu Jamal is innocent. All of the evidence is clear and convincing and it is either overlooked or dismissed by these rogue courts. However, when a rogue police officer opens fire on innocent working class people and immigrants, somehow they get swift justice and are freed of all charges.

As a man who didn’t think twice to become the voice of the voiceless, Mumia stepped up to the plate to expose this demonic system – a system that was and still continues to enforce intense oppression on African Americans throughout this nation by murderous police officers who hide their venomous ways behind their shields. It then allows them to freely practice corruption, extortion and murder, among other unpleasantries.

A prime example of this is what happened on Osage Avenue on May 13, 1985, when 11 MOVE members were brutally murdered by this murderous government. Another example is the attempted assassination of my dear father Mumia on Dec. 9, 1981, in downtown Philly when these rogue police officers not only shot him, but beat him even while inside the emergency room of Jefferson University Hospital. WHAT HAPPENED TO FREEDOM?

Comrades, the only way we will get freedom for our political prisoners who are suffering in the prison hells of this country is to come together, becoming a solid force for the poor and working class. We must reach one to teach one and educate the masses on the political history of America’s oppression.

Many of you assisted in changing history in America by voting for the first African-American president, showing the world that anything is possible in America. As that was an accomplishment, so should the goal of galvanizing the people and educating them on the case of Mumia Abu-Jamal and too many more being railroaded by a mendacious legal system.

Comrades, we all know that these are trying times. We must step up to the plate and push harder until my dear father Mumia is ultimately free! At some point we need to get a grip and demand the freedom of this innocent man.

Lastly, I remind all of you as I remind myself every day that we must not allow our adversaries to wag the tail of the dog and allow them to spoon-feed us with their deceiving lie that America does not have any political prisoners.

I am before you today in spirit to express to you that the only way Mumia will be free is for all of us to mobilize like never before and demand that freedom he and all of our freedom fighters so rightfully deserve. We must let them know that we will never give up! There is NO compromise!

We must collectively champion the restorative justice policies of Chesa Boudin