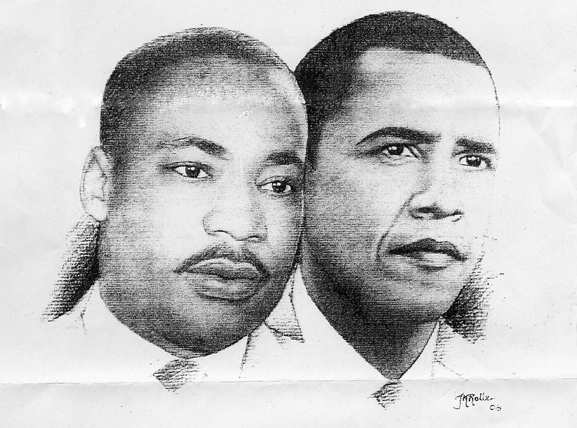 My call last month for an end to the lockout of Blacks from construction is catching fire. This month, let’s put enough heat and light on BART and the SFPUC to get some work!

Why BART? Because, according to its own civil rights department, out of $200 million in work over the last three years, Blacks’ “share” has been a measly $134,000, or way less than 1 percent.

And why the SFPUC (San Francisco Public Utilities Commission)? Because it’s kicking off its $4.4 billion Water System Improvement Program by spending $1.9 billion to create 28,000 new jobs over the next five years – nearly 11 million hours of new construction work.

Are you ready to fight for one of those jobs? I’m betting many of you will say “yes!” A high level City staffer let us know that Black unemployment in San Francisco is 42 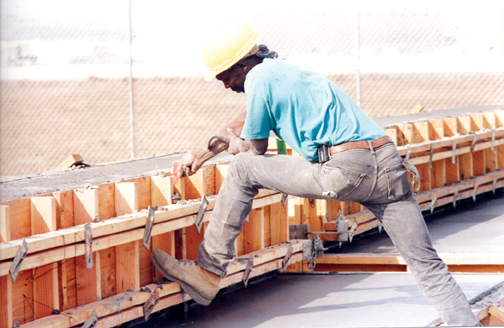 A good size crowd of us has been turning out for BART board meetings – and not just Blacks. Asians are being locked out too and have joined us. Here’s their report written after we met and formed our new Organization of Asian- and African-Americans in Construction:

“After years of struggling to convince many public agencies to enforce equal opportunity for small minority contractors to gain access to bidding, we finally realized that joining together is a much better way to tackle this monumental problem.

“Just in the Bay Area, there are at least 17 disparity studies published after years of research. Some agencies have chosen to continue further studies; others are now doing something about it.

“At the December BART board meeting, Asian- and African-American contractors showed joint force in front of the BART board, demonstrating the insensitivity of the board in not doing anything meaningful about this inequality. We said it would help their budget shortfall if they let more small minority contractors participate in the bidding.

“Also, we have contractors on record telling them that the Somalis went to the extreme of kidnapping oil tankers in order to bring world attention to their devastated economic situation.

“Also, contractors angrily expressed the fact that more Chinese worked on the railroads in the 19th century than are working in the 21st century. Is a high death rate the main qualification for Chinese to work on a railroad?

“Afterwards, our contractors had a follow-up meeting, and we collectively expressed that an extreme action such as a peaceful strike or disruption of the system similar to the Critical Mass actions in downtown San Francisco is likely necessary.”

The construction lockout has spread across the country. This comment was posted on www.sfbayview.com at the end of my editorial from last month:

“We are experiencing shutouts in construction here in Evansville, Indiana. A construction project in the very heart of the inner city has no Black construction workers and less than a trickle of Black contractors. The Baptist Ministers’ and Deacons’ Alliance held a series of forums to address the issue, under the leadership of Rev. W. R. Brown Jr., pastor of New Horizon Baptist Church. Follow the link for info:
http://www.courierpress.com/news/2008/oct/23/on-the-outside-looking-in/?partner=RSS.”

When I drove from San Francisco to Houston recently for my sister’s funeral, I saw plenty of construction sites but NOT ONE SINGLE BLACK PERSON WORKING CONSTRUCTION anywhere along the way.

This January will be forever remembered for two amazing days: Dr. Martin Luther King’s holiday Jan. 19 and the inauguration of President Barack Obama Jan. 20. You already know how Dr. King would react to a nationwide lockout of Blacks from construction.

Here’s some of what soon-to-be-President Obama says on his transition website www.change.gov that he’ll do about it:

• create up to 2 million new jobs per year and stimulate approximately $35 billion per year in new economic activity.

• help facilitate the creation of new jobs in underserved economic areas, so more low-income urban residents can find employment within their home communities.

• engage disadvantaged youth in energy efficiency opportunities to strengthen their communities, while also providing them with practical skills in this important high-growth career field.

• create a prison-to-work incentive program and reduce barriers to employment.

• create 20 Promise Neighborhoods in areas that have high levels of poverty and crime and low levels of student academic achievement in cities across the nation. The Promise Neighborhoods will be modeled after the Harlem Children’s Zone, which provides an entire neighborhood with a full network of services from birth to college, including early childhood education, youth violence prevention efforts and after-school activities.

I look forward to the New Year 2009, when we’ll take these signs of hope and turn them into reality. To be successful, we must demonstrate our political power by cutting short the political career of anyone who votes to support the interests of the big corporate contractors and developers and throws us under the bus.

“Change does not roll in on the wheels of inevitability but comes through continuous struggle,” Dr. King taught us. We must insist on being involved in the plans for development to ensure opportunities for local neighborhood developers who will hire local residents. We have to make demands if we want to improve the lives of our children and ourselves.

Right now the response to our demands from the government and corporate Big Boys is to wave Prop 209 in our faces, the Ward Connerly measure that meant to end affirmative action. But 209 is a lie. The 14th Amendment guarantees equal opportunity and supersedes state law.

Discrimination is unconstitutional, and Prop 209 can’t protect any government agency from liability when it discriminates against us. The only way the lockout can continue is if we don’t stop it.

Public works construction is funded by our taxes. As taxpayers, we’re ENTITLED to a fair share of that work. And since most of the funds will be coming from the feds, President Obama needs to hear what we want.

Find a computer with internet access and go to his transition website, to www.change.gov/yourvision, and tell him what you want. You can also ask him questions, at http://change.gov/openforquestions.

Meanwhile, join me and a crowd of impatient contractors and construction job seekers at the next BART board meeting Thursday, Jan. 8, 9 a.m., at the Kaiser Center 20th Street Mall, Third Floor, 344 20th St., Oakland, to DEMAND OUR FAIR SHARE OF THE WORK NOW! Are you with me?