Does California have a “legacy of unequal treatment” of minorities and women? That’s language from Assembly Constitutional Amendment 5 (ACA-5) introduced by Assemblymember Dr. Shirley Weber, D-San Diego, and Assemblymember Mike Gipson, D-Carson. Members of the California Legislative Black Caucus (CLBC) want their colleagues in the legislature to consider that question and examine whether affirmative action is the right response for redressing that history of inequality.

The Opportunity for All Coalition is a group that has formed in support of ACA-5, which would repeal Proposition 209.

In 1996 voters passed the controversial amendment to the state Constitution. It banned discrimination or preferential treatment based on race or gender in public education, employment and contracting.

On May 1, the Opportunity for All Coalition held a virtual seminar. More than 100 people logged on to take part in a discussion about the ethnic disparities of the COVID-19 crisis. Coalition member and California Board of Equalization Chair Malia Cohen said data revealing that communities of color are disproportionately impacted by the coronavirus crisis highlight inequities in society and the need for affirmative action. A recent Centers for Disease Control and Prevention (CDC) report confirmed that death rates for African Americans and Latinos “were substantially higher than those of white” people.

Coalition member Vincent Pan is the co-executive director of Chinese for Affirmative Action (CAA). During the discussion, he referenced recently released California Department of Public Health (CDPH) data that showed Pacific Islanders and Native Hawaiians are also dying at a higher rate than their representation in the population. CDPH numbers show, as of April 30, 2,073 people have died in California from COVID-19.

Prop. 209’s impact on admission at California’s most competitive public universities has remained a flashpoint in public debate about the policy. Ethnic minority groups have mobilized on both sides “with the intent to divide the various ethnic communities to fight over the scraps at the University of California,” said Weber at the March 10 press conference announcing ACA-5.

The movement against reestablishing affirmative action in the state is also virtual. “No On ACA-5” is the name of a Change.org petition being circulated by a Silicon Valley-based Asian American group that campaigned to block past repeal efforts in 2014. As of May 2, more than 22,000 people have signed the petition.

One supporter wrote that “race-based” policies are “unconstitutional” and are not fair to Asians. The Asian American Coalition for Education (AACE) used similar language in a press release encouraging Californians to join the fight. The national organization known for accusing Harvard University of discriminating against Asians wrote: “ACA-5 will surely result in racial discrimination against Asian Americans in California.”

Groups opposed to ACA-5 argue that race-conscious policies favoring other groups take opportunities away from qualified Asian American students. In a written statement, the Opportunity for All Coalition said the state’s ban on affirmative action hurts everyone, citing a decrease in college-educated workers and lost wages.

“We can’t have shared success without shared opportunities to get ahead,” the Opportunity for All statement read. “We refuse to let the rich and powerful use race and lies to divide us when so much is at stake. We’re not going to rebuild a stronger California unless we come together to end discrimination and ensure real equal opportunity for all.”

The number of Asian students enrolled in the University of California (UC) system increased in the absence of affirmative action, while post-Prop 209 Black, Latino and Native American enrollment at UCLA and UC Berkeley dropped by 60 percent. The same UC Institutional Research and Academic Planning report found an overall decline in diversity.

Race-neutral programs targeting students from disadvantaged communities have helped to increase enrollment for some minority groups. The number of Latino students also increased as the population grew statewide.

California is one of eight states that has barred affirmative action altogether.

UC research also finds a denial letter can derail a student’s life trajectory. Applicants shut out of UCs are less likely to earn a degree or high wages. This might help to explain some of the emotion driving the dispute that has gone before the nation’s highest court.

The U.S. Supreme Court has upheld the use of affirmative action in college admissions only to achieve diversity. The Court also ruled that race cannot be the deciding factor in admission. California is one of eight states that has barred affirmative action altogether.

Opponents of the ban argue affirmative action is not preferential treatment. Instead, they say, it removes barriers. Supporters of ACA-5 say, in the absence of affirmative action, historically excluded groups are denied opportunities for upward mobility. They argue public organizations should reflect the communities they serve – and point to data that shows that diverse environments foster understanding and respect for others.

Though less often discussed, Prop. 209 has impacted public contracts and hiring for nearly a quarter of a century. “This law served as an impediment to state contracting, hiring and legislative policies addressing economic and social disparities experienced by women and people of color,” said Weber. One example is the state’s efforts to increase the number of Black and Latino teachers to address the achievement gap between Black and Latino students and their white and Asian peers.

In a statement appealing to Asian American business owners, CAA wrote, “Repealing Proposition 209 would unlock billions of dollars in economic opportunities for Asian Americans and Pacific Islanders (AAPI) small business owners. In cities where affirmative action is legal, like Chicago or Atlanta, AAPI-owned businesses earn much more in public contracts than in San Francisco or Los Angeles.”

In addition to virtual meetings, the Opportunity for All Coalition is encouraging supporters to tweet Assemblymembers Ken Cooley, D-Rancho Cordova, Freddie Rodriguez, D-Pomona, and Patrick O’Donnell, D-Long Beach, to encourage the Democratic lawmakers to vote for ACA-5. It will take a two-thirds majority vote to repeal Proposition 209.

Opponents are working to stop the bill in its tracks. The campaign against affirmative action includes drumming up support mostly online and encouraging people to contact their state representatives.

Organizers on both sides say they’re fighting for equality. ACA-5 is set to be discussed Tuesday, May 5, in committee when the state Assembly reopens for sessions this week. If the constitutional amendment passes and meets all requirements by June 25, voters could once again have a chance to weigh in on a ballot measure in November that decides whether affirmative action is the right answer for California. 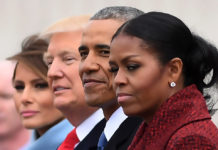