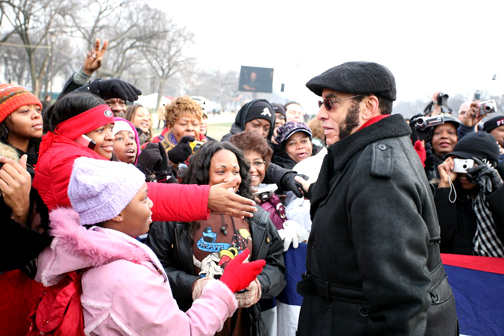 Who among us – especially those of my generation – ever dared believe that an American of African heritage would ascend to the highest office in the land in our lifetime? Barack Obama first appeared on the cover of Black Enterprise magazine in October 2004 when he was running for the Senate next to the headline “The Next Big Thing in Politics.”

Our publication endorsed Obama for president with a second cover in January 2008, long before the primary season ended, and we concluded our year with his third historic cover when the November 2008 issue hit the newsstands next to the headline “Yes We Must!” I am proud to be able to say that I believed in the historic candidacy of Barack Obama from the start and worked day and night during the months leading up to election day to help realize it.

This year has culminated in a triumph that belongs to every American, and it must be clearly understood by all of us that Obama was elected to be the president of all the people of our nation, not just Black Americans. The challenges awaiting our president-elect – ranging from our critically damaged economy to the security of our nation against the global threat of terrorism – are serious issues that must be resolved for the greater good of all. Obama faces expectations above and beyond anything ever demanded of the heroic Black leaders of our history – from Frederick Douglass to Dr. Martin Luther King Jr. 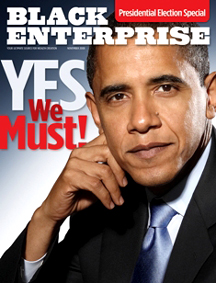 But let us be clear. The presidential inauguration of Obama is not just about one, world-changing moment. For African Americans, it marks the birth of a new movement, one with a simple defining creed: No more excuses. To our young Black men, too many of whom have been allowed to embrace the sin of low expectation: No more excuses. To Black professionals lamenting racism on the job while worshiping daily at the altar of personal mediocrity: No more excuses.

To those obsessed with the trappings of wealth yet who refuse to invest in their own financial education or to exercise fiscal discipline: No more excuses. To those who complain about the ills of our community but are unwilling to invest their time, money or energy to bring about solutions: No more excuses.

The election of Obama to the Oval Office proves once and for all that we can achieve anything as African Americans. The question is no longer whether anything is possible; the question is whether we are committed to doing what needs to be done

No one is saying it will be easy – after all, racism is still alive, even if it’s been dealt a serious setback by the majority of American voters – but we can no longer accept that it cannot be done. Yes, the ceilings on our potential still exist, but we now know beyond a shadow of a doubt that they are not impermeable.

The rallying cry of the Obama campaign was not “Yes He Can” but “Yes We Can.” Now that we have, now that the impossible has proven possible after all, there is no turning back. There are no more excuses.

Earl G. Graves Sr. is a nationally recognized authority on Black business development and the founder, chairman and publisher of Black Enterprise magazine, a business-service publication providing 4.1 million readers with information on entrepreneurship, careers and wealth creation. He authored an autobiographical book entitled “How to Succeed in Business Without Being White.”