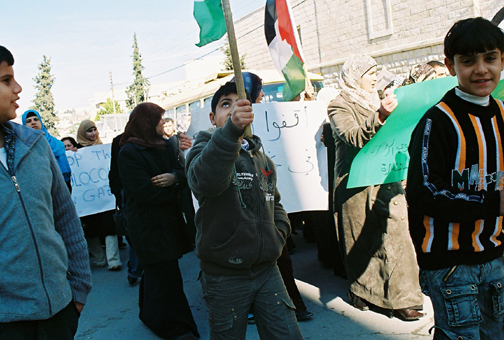 My fiancée and I recently traveled to the West Bank in Palestine. We arrived on Jan. 2, the fourth day of the attacks on Gaza and the day after the murder of Oscar Grant III by the subway police in Oakland, California. I write this just hours before we can finally exhale and celebrate the departure of President Bush and the inauguration of President Obama. I write this because President-elect Obama, who I supported with my vote and my dollars, has been almost completely silent on the bombings in Gaza and the murder of Oscar Grant III.

And while President-elect Obama is incredibly talented, intelligent and has a record of service and commitment to working people and he deserves to be president, his presidency would not have been possible or even imaginable without the anti-apartheid struggle that occurred right here in the United States.

Although textbooks across America might tell it differently, the country was founded as a slave holding nation and the antebellum economy was created and maintained through acts of mass organized violence. The separate and unequal status of Black persons and other people of color was perpetuated after slavery through violence and unjust laws such as the Black Codes and written and unwritten Jim Crow segregation. 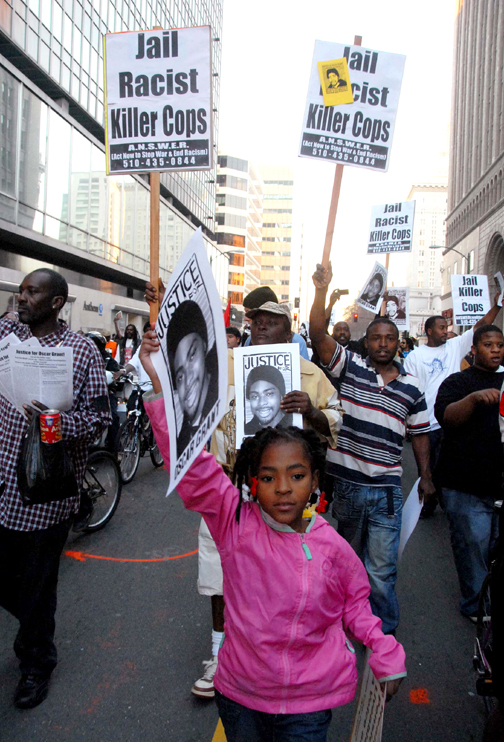 While legalized segregation is thankfully a relic of the past, de facto segregation, disparate opportunity according to race, and organized state violence against Black people and other people of color persists. The disproportionate incarceration of Black and Brown people and the police killing of three Black men on New Years Day, including Oscar Grant III in Oakland, are a few examples of this continued legacy. It is this history that President Obama acknowledged when calling for a “more perfect union.” It is that speech, though imperfect, that sold me on Obama.

As an Obama supporter who understands that he faces the most difficult challenges any U.S. president ever faced – including an economic, environmental and diplomatic crisis – allow me to state the following:

As a Black president, helping undo the legacy of apartheid in the U.S. is also President Obama’s cross to bear. President Obama will be measured by his willingness to take steps to level the playing field for all Americans and by his audacity to speak out against discrimination and disregard for the lives of Black and Brown people.

He should speak out and demand accountability when those entrusted to enforce the law wantonly murder Black people. He should acknowledge and seek reform of our broken prison system.

In 1999, Nelson Mandela traveled to Palestine and called for the complete withdrawal of Israel from the Palestinian territories according to the pre-1967 borders. Nelson Mandela would agree with Jimmy Carter’s basic framework that we need “peace not apartheid” in Israel and Palestine.

We heard harrowing tales of people torn apart from their families and their livelihoods because of this wall. One group of farmers waited 12 hours in the scorching sun for Israeli soldiers to let them cross the wall back to their farmland. After a full day they decided to break through the gate to gain access to their lands. The Israeli army then descended and arrested, beat and killed several of them, and then confiscated their lands. These are the “terrorists” you hear about – there are thousands in Israeli prisons who have been incarcerated for decades, imprisoned with no legal proceedings whatsoever, for merely attempting to tend to their land. 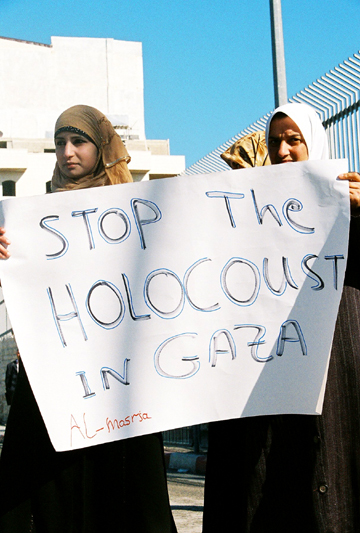 Even while we were meeting with one activist, he received a phone call that a young Palestinian was killed in a peaceful demonstration against the wall in the West Bank and the brutality in Gaza.

As bombs fell on Gaza, we caught a glimpse of what life is like for Palestinians in the “peaceful” parts of Israel and the West Bank. The greatest fallacy in the portrayal of occupation is that there is peace, then the Palestinians instigate violence by firing rockets and the Israelis must then defend themselves against this aggression. One would never say that Black South Africans lived in peace under apartheid. Similarly, Palestinians are never at peace under apartheid, while their land is occupied, U.N. agreements guaranteeing their right to return are ignored and their rights are trampled.

It is not by coincidence that Nelson Mandela gave his support to the Palestinian Liberation Organization (PLO) and Yassir Arafat. The African National Congress, Nelson Mandela’s party, was also once labeled a terrorist organization.

Some will say that the PLO is not the same as Hamas, which is true; and that the rockets fired by Hamas have killed Israeli civilians, which is also true. But the rockets going into Israel from Gaza cannot compare to the mass destruction that Israelis are inflicting upon the Palestinian people and are the excuse for Israel’s aggression, not the cause of it.

The rockets have killed three civilians and 10 soldiers. All life is precious. But let us be fair and impartial in our assessment: The Israeli Defense Force has killed more than 1,300 people, the majority of whom are civilians – bombing orphanages, schools and hospitals, shooting children and women, using F-16 bombs and other highly advanced and highly lethal weaponry on a civilian population. All of the Gazan borders are closed and people have no means of escaping one of the most well equipped and deadly military forces in the world.

And while Obama has voiced his unwavering support of the Israeli government at the American Israeli Political Affairs Committee (AIPAC) meetings, he has been largely silent as the military assault on Gaza proceeds and has deferred to the leadership of President Bush, with whom he has publicly disagreed on just about every other issue. I am going to take a page from Obama’s book and dare to hope.

I am hopeful that just as the African National Congress was labeled a terrorist organization for fighting for the human rights of Black South Africans before being recognized as fighting for fair treatment and justice, so too will Palestinians labeled terrorists be recognized the world over for their struggle for human rights.

From last night to this morning, I learned that Hamas and Israel separately announced a cease-fire and that Obama says he will speak on Gaza after the inauguration.

I am hopeful that as he recognized the war on Iraq was misguided and unjust, he will recognize this war on Gaza and the Palestinian people as such and press for the human right to self-determination for Palestinian people. I am hopeful that President Obama will stand for the values he proclaimed during his candidacy of multilateralism and diplomacy over war and of fairness and justice for all.

I am hopeful that I will witness the first U.S. president to ever roundly condemn police brutality, the first president to take steps to reverse discrimination in the justice system.

President Obama has the opportunity to be the president we hope for. We have the responsibility to ensure that he does not bear this cross alone and to remind him of his indebtedness should he forget.

Zachary Norris is a criminal justice reform advocate and social justice activist from Oakland. An attorney, he is the director of Books Not Bars, 344 40th St., Oakland, CA 94609, (510) 428-3939. He and his fiancée recently traveled to Palestine. He can be reached at zachary@ellabakercenter.org.