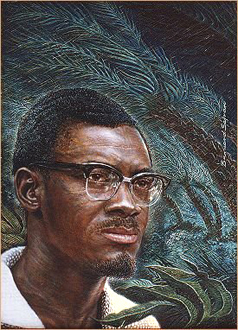 On Saturday, Jan. 17, Congolese immigrants, students and supporters rallied around the world to Save Congo! – the Democratic Republic of the Congo, formerly Zaire, now otherwise known as Congo-Kinshasa. The Congolese people continue to suffer staggering casualties in the ongoing African holocaust, otherwise known as the African World War, which has cost between 5 and 6 million Congolese lives since 1996, and which continues to cost 45,000 lives a month.

Corporate news outlets, including Reuters, the New York Times and the BBC, have cited these casualty figures ever since a widely respected NGO, the International Rescue Committee, sent researchers into both the cities and the most remote war torn regions of Congo and then concluded, in 2007, that 5.4 million Congolese had died in the Congo War. The International Rescue Committee also says that a third or more of Congo’s war dead are children who died of starvation or easily curable diseases like diphtheria, because the war has so disrupted indigenous agriculture and health care services and created the largest population of internally displaced people in the world.

Today’s Jan. 17 rallies, most notably in Raleigh, North Carolina, and Washington, D.C., followed by a D.C. forum on Lumumba and the future of Congo, were held on the 48th anniversary of the Belgian and CIA assassination of Patrice Lumumba, the first prime minister of what was then, briefly, called the Independent Republic of Congo, after Congo declared its independence from Belgium, on Jan. 27, 1960. 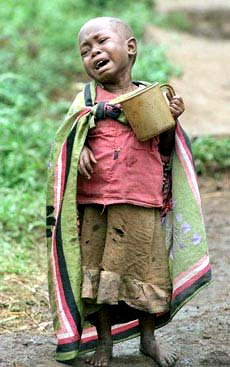 This week the nation of Belgium formally apologized to the Congolese people for assassinating Lumumba, who, 48 years after his death, remains one of the most admired leaders in Africa. The United States government has not yet apologized for their collaborating with Belgium in assassinating Lumumba and for thus truncating Congolese lives and possibilities for the next 48 years.

Nor have they withdrawn weapons shipments, military training or “most favored nation” trading status from Rwanda, Congo’s neighbor, even though the United Nations, on Dec. 12, declared that Rwanda supports the Congrès National pour la Défense du Peuple (CNDP) in its war on the Eastern Congolese people, waged in order to smuggle vast Congolese mineral wealth over the Congolese border for export from Rwanda.

In 2006, Barack Obama won passage of the Congo Relief, Security and Democracy Promotion Act of 2006. But he has already promised a Clinton-Bush-Obama Middle East policy continuum and he has not given any indication that he will break with Clinton-Bush policy in Congo and neighboring Rwanda or apologize for the CIA’s 1961 assassination of Patrice Lumumba.

His appointment of Hillary Clinton as secretary of state and of Susan Rice, Bill Clinton’s former secretary of state for African affairs, as U.N. envoy do not bode well for the Congolese people. But Congolese activists have rallied nevertheless to save their homeland and to call on Barack Obama, who is himself of half-African parentage, to withdraw U.S. military support from Rwanda and thus help bring an end to the ongoing African holocaust.

I’d like to apologize myself, right now, as a U.S. citizen, for the CIA assassination of Congo’s towering leader, Patrice Lumumba, and hope to spark a larger movement to apologize and to end U.S. military intervention in Rwanda, Uganda, Congo and all Africa.

Ann Garrison is a San Francisco writer and activist. She can be reached at anniegarrison@gmail.com. This story first appeared on Colored Opinions. To learn more, visit Friends of the Congo and get involved.