Special to the NNPA from the Wilmington Journal 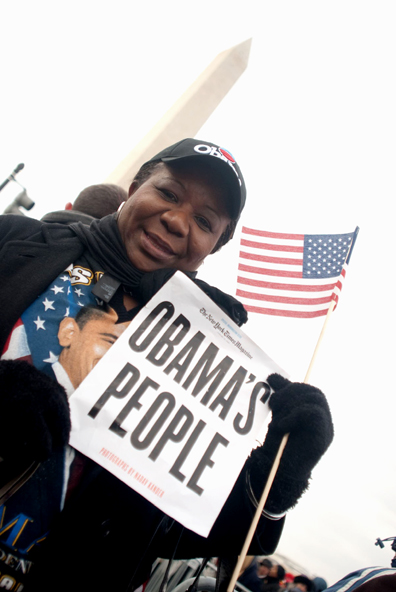 Wilmington, N.C. (NNPA) – Now that Barack Hussein Obama has taken the oath of office to become the 44th president of the United States, and the first African-American ever to do so, what will he do for Black America?

With over 2.5 million American jobs lost last year, the auto industry near collapse, millions of Americans losing their homes, two foreign wars and a national economy on life support, President Obama has more to deal with coming into office than any other president in history.

So what can the Black commander in chief do to help address high unemployment, lack of affordable healthcare, substandard education and many other maladies that perennially plague the African-American community?

Panelists who took part in Kwanzaa Joy: A Community Celebration of Our First African-American President late last month, all agreed that before Blacks ask that question, they should first ask, “What are we going to do for ourselves?”

“I’m looking forward to his presidency with great expectations, but we have to work,” Stella Adams, owner of S.J. Adams Consulting in Durham and formerly the executive director of the North Carolina Fair Housing Center, told those gathered for Kwanzaa Joy at the Vital Link in CrossLink School in Southeast Raleigh.

“We have to help Obama,” Adams continued. “He’s cleaning up a major mess. One man cannot do the work. So it’s going to be incumbent on us to figure out where we fit in in helping him.”

Adams said that means African-Americans have to continue to be politically civically active, electing local officials who also share President Obama’s vision of change that America can believe in.

“He needs more than our vote,” she concluded. “He needs our work.”

Irving Joyner, associate law professor at North Carolina Central University School of Law, said African-Americans have to realize that Obama “wasn’t elected to be the top civil rights leader … nor was he elected to articulate or promote the African-American agenda.”

Joyner continued, “Electing Barack Obama president doesn’t mean we have overcome … We could put too much faith in him to deliver us, when we need to be organizing to deliver ourselves.”

Joyner added that African-Americans must be serious about delivering on their own agenda, because there may be times when the community has to disagree with President Obama on various policy issues.

Poetess and community activist Ajuba Joy reinforced the notion that African-Americans now have every reason to improve their communities and, by doing so, they help President Obama address the ills of the nation.

Joy also expressed confidence in First Lady Michelle Obama, saying that she is the president’s closest adviser, and being a proud, accomplished Black mother, she won’t allow him to forget the community.

Marquita McAlpine, graduating NCCU senior, an NAACP member and president of the NCCU Presbyterian Campus Ministry, agreed that the African-American community must “continue to work.”

But she also admonished the Kwanzaa Joy audience “not to underestimate” the power and commitment of young people, especially after their impressive support for Obama at the polls.

NCCU Political Science Professor Jarvis Hall said “Amen” to the notion that no one individual, not even President Barack Obama, “can change the systemic problems that exist in America today.”

Rev. William Barber II, president of the North Carolina NAACP, said while he agreed with much of what he’d heard from his fellow panelists, theologically no one really knows what’s going to happen next.

Barber said God has made this Barack Obama’s time for a reason that still may not be clear to African-Americans. He concludes, “We’re thinking it’s about him, when it could be about us.”