From Hamas: This brutality will never break our will to be free

For six months we in Hamas observed the ceasefire; Israel broke it repeatedly from the start 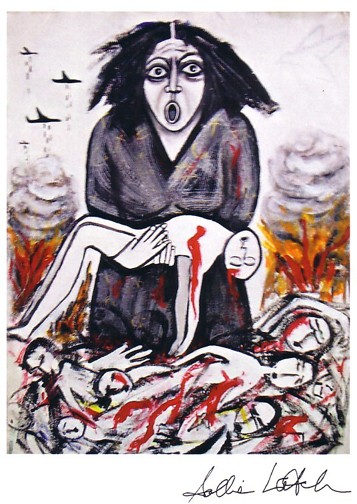 For 18 months my people in Gaza have been under siege, incarcerated inside the world’s biggest prison, sealed off from land, air and sea, caged and starved, denied even medication for our sick. After the slow death policy came the bombardment. In this most densely populated of places, nothing has been spared Israel’s warplanes, from government buildings to homes, mosques, hospitals, schools and markets. More than 540 have been killed and thousands permanently maimed. A third are women and children. Whole families have been massacred, some while they slept.

This river of blood is being shed under lies and false pretexts. For six months we in Hamas observed the ceasefire. Israel broke it repeatedly from the start. Israel was required to open crossings to Gaza and extend the truce to the West Bank. It proceeded to tighten its deadly siege of Gaza, repeatedly cutting electricity and water supplies. The collective punishment did not halt, but accelerated – as did the assassinations and killings. Thirty Gazans were killed by Israeli fire and hundreds of patients died as a direct effect of the siege during the so-called ceasefire. Israel enjoyed a period of calm. Our people did not.

When this broken truce neared its end, we expressed our readiness for a new comprehensive truce in return for lifting the blockade and opening all Gaza border crossings, including Rafah. Our calls fell on deaf ears. Yet still we would be willing to begin a new truce on these terms following the complete withdrawal of the invading forces from Gaza.

No rockets have ever been fired from the West Bank. But 50 died and hundreds more were injured there last year at Israel’s hands, while its expansionism proceeded relentlessly. We are meant to be content with shrinking scraps of territory, a handful of cantons at Israel’s mercy, enclosed by it from all sides. The truth is Israel seeks a one-sided ceasefire, observed by my people alone, in return for siege, starvation, bombardment, assassinations, incursions and colonial settlement. What Israel wants is a gratuitous ceasefire.

The logic of those who demand that we stop our resistance is absurd. They absolve the aggressor and occupier – armed with the deadliest weapons of death and destruction – of responsibility, while blaming the victim, prisoner and occupied. Our modest, home-made rockets are our cry of protest to the world. Israel and its American and European sponsors want us to be killed in silence. But die in silence we will not.

What is being visited on Gaza today was visited on Yasser Arafat before. When he refused to bow to Israel’s dictates, he was imprisoned in his Ramallah headquarters, surrounded by tanks for two years. When this failed to break his resolve, he was murdered by poisoning. 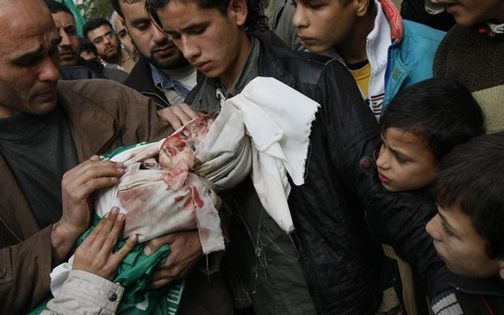 Gaza enters 2009 just as it did 2008: under Israeli fire. Between January and February of last year 140 Gazans died in air strikes. And just before it embarked on its failed military assault on Lebanon in July 2006, Israel rained thousands of shells on Gaza, killing 240. From Deir Yassin in 1948 to Gaza today, the list of Israel’s crimes is long. The justifications change, but the reality is the same: colonial occupation, oppression and never-ending injustice. If this is the “free world” whose “values” Israel is defending, as its foreign minister Tzipi Livni alleges, then we want nothing to do with it.

Israel’s leaders remain in the grip of confusion, unable to set clear goals for the attacks – from ousting the legitimately elected Hamas government and destroying its infrastructure to stopping the rockets. As they fail to break Gaza’s resistance, the benchmark has been lowered. Now they speak of weakening Hamas and limiting the resistance. But they will achieve neither. Gaza’s people are more united than ever, determined not to be terrorized into submission. Our fighters, armed with the justice of their cause, have already caused many casualties among the occupation army and will fight on to defend their land and people. Nothing can defeat our will to be free.

Once again, Washington and Europe have opted to aid and abet the jailer, occupier and aggressor and to condemn its victims. We hoped Barack Obama would break with George Bush’s disastrous legacy but his start is not encouraging. While he swiftly moved to denounce the Mumbai attacks, he remains tongue-tied after 10 days of slaughter in Gaza. But my people are not alone. Millions of freedom-loving men and women stand by its struggle for justice and liberation – witness daily protests against Israeli aggression, not only in the Arab and Islamic region, but worldwide.

Israel will no doubt wreak untold destruction, death and suffering in Gaza. But it will meet the same fate in Gaza as it did in Lebanon. We will not be broken by siege and bombardment, and will never surrender to occupation.

Khalid Mish’al is the head of the Hamas political bureau. This commentary first appeared in the Guardian of London on Jan. 6.

Doug Norberg writes: “The fact that the U.S. has paid for and supplied all the armaments for Israel’s attack on Gaza is just getting around. Now, for those who think Washington is being verbally silent: A Senate resolution has passed with unanimous consent. It reads as follows:” 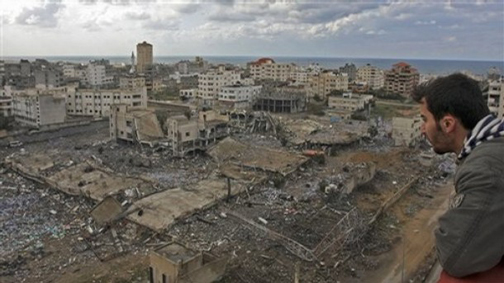 Recognizing the right of Israel to defend itself against attacks from Gaza and reaffirming the United States’ strong support for Israel in its battle with Hamas, and supporting the Israeli-Palestinian peace process.

Whereas Hamas was founded with the stated goal of destroying the State of Israel;

Whereas Hamas has been designated by the Secretary of State as a Foreign Terrorist Organization;

Whereas Hamas has refused to comply with the requirements of the Quartet (the United States, the European Union, Russia, and the United Nations) that Hamas recognize Israel’s right to exist, renounce violence, and agree to accept previous agreements between Israel and the Palestinians;

Whereas, in June 2006, Hamas crossed into Israel, attacked Israeli forces and kidnapped Corporal Gilad Shalit, whom they continue to hold today;

Whereas Hamas has launched thousands of rockets and mortars since Israel dismantled settlements and withdrew from Gaza in 2005;

Whereas Hamas has increased the range of its rockets, reportedly with support from Iran and others, putting additional large numbers of Israelis in danger of rocket attacks from Gaza;

Whereas Secretary of State Condoleezza Rice said in a statement on December 27, 2008, that ‘‘[w]e strongly condemn the repeated rocket and mortar attacks against Israel and hold Hamas responsible for breaking the ceasefire and for the renewal of violence there”;

Whereas, on December 27, 2008, Prime Minister of Israel Ehud Olmert said, ‘‘For approximately seven years, hundreds of thousands of Israeli citizens in the south have been suffering from missiles being fired at them…. In such a situation we had no alternative but to respond. We do not rejoice in battle but neither will we be deterred from it…. The operation in the Gaza Strip is designed, first and foremost, to bring about an improvement in the security reality for the residents of the south of the country”;

Whereas, on January 2, 2009, Secretary of State Rice stated that ‘‘Hamas has held the people of Gaza hostage ever since their illegal coup against the forces of President Mahmoud Abbas, the legitimate President of the Palestinian people. Hamas has used Gaza as a launching pad for rockets against Israeli cities and has contributed deeply to a very bad daily life for the Palestinian people in Gaza, and to a humanitarian situation that we have all been trying to address”;

Whereas the humanitarian situation in Gaza, including shortages of food, water, electricity, and adequate medical care, is becoming more acute;

Whereas Israel has facilitated humanitarian aid to Gaza with over 500 trucks and numerous ambulances entering the Gaza Strip since December 26, 2008;

Whereas, on January 2, 2009, Secretary of State Rice stated that it was ‘‘Hamas that rejected the Egyptian and Arab calls for an extension of the tahadiya that Egypt had negotiated” and that the United States was ‘‘working toward a cease-fire that would not allow a reestablishment of the status quo ante where Hamas can continue to launch rockets out of Gaza. It is obvious that that ceasefire should take place as soon as possible, but we need a cease-fire that is durable and sustainable”; and 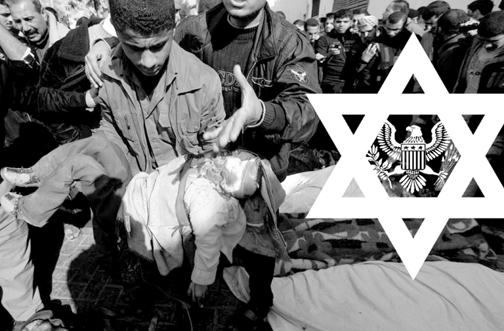 Whereas the ultimate goal of the United States is a sustainable resolution of the Israeli-Palestinian conflict that will allow for a viable and independent Palestinian state living side by side in peace and security with the State of Israel, which will not be possible as long as Israeli civilians are under threat from within Gaza: Now, therefore, be it Resolved, That the Senate –

(1) expresses vigorous support and unwavering commitment to the welfare, security, and survival of the State of Israel as a Jewish and democratic state with secure borders, and recognizes its right to act in self-defense to protect its citizens against acts of terrorism;

(2) reiterates that Hamas must end the rocket and mortar attacks against Israel, recognize Israel’s right to exist, renounce violence, and agree to accept previous agreements between Israel and the Palestinians;

(3) encourages the President to work actively to support a durable, enforceable, and sustainable cease-fire in Gaza, as soon as possible, that prevents Hamas from retaining or rebuilding the capability to launch rockets and mortars against Israel and allows for the long term improvement of daily living conditions for the ordinary people of Gaza;

(4) believes strongly that the lives of innocent civilians must be protected and all appropriate measures should be taken to diminish civilian casualties and that all involved should continue to work to address humanitarian needs in Gaza;

(5) supports and encourages efforts to diminish the appeal and influence of extremists in the Palestinian territories and to strengthen moderate Palestinians who are committed to a secure and lasting peace with Israel; and

(6) reiterates its strong support for United States Government efforts to promote a just resolution of the Israeli-Palestinian conflict through a serious and sustained peace process that leads to the creation of a viable and independent Palestinian state living in peace alongside a secure State of Israel. 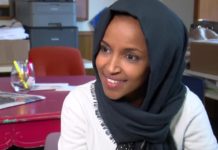