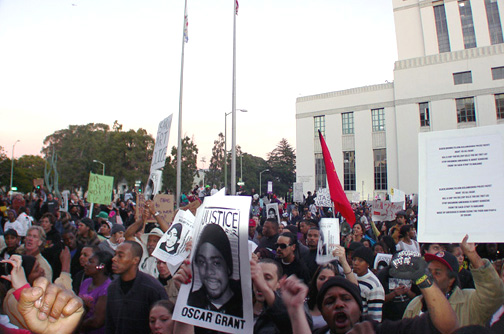 Wednesday evening, there was a rally in downtown Oakland calling for justice for Oscar Grant III, the 22-year-old unarmed Black man who was being restrained by two BART police officers when he was shot in the back at point blank range on New Year’s morning in front of dozens of witnesses who caught it on camera (see the footage on blockreportradio.com).

The rally was called by members of a newly formed organization called CAPE (Coalition Against Police Executions), which organized itself in response to the murder of Oscar Grant III. The question that I have about the name is do people have to be executed by the police for this coalition to look into their case? – because some are just terrorized and not killed.

Would the police terrorism suffered at KPFA radio station in August by Nadra Foster, who was unarmed and slammed to the ground, kicked between the legs, kicked in the head and restrained in a type of strait-jacket by the Berkeley police for allegedly using the phone to make a personal call from an institution that she had volunteered at for over 10 years qualify for attention? 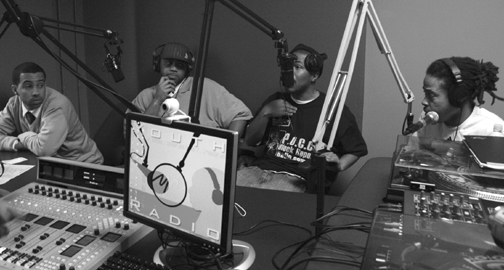 What about the case of Antoine “Soda Pop” Goff and John Tennision, who were framed for a murder that they did not commit by former San Francisco Chief of Police Earl Sanders and his former partner, Napoleon Hendrix, and ended up doing 13 years – would CAPE take this up?

Or what about the case of unarmed 15-year-old Laronte Studesville, who was shot in the back by Oakland police in 2007? Although he lived and this cannot be considered an execution, would this be important enough for CAPE to take up?

The rally started on the steps of City Hall in downtown Oakland, which is the exact location where a week earlier, a rebellion against police terrorism broke out, with 105 people being arrested mostly on trumped up charges. Cameras and cell phones were confiscated by the Oakland police and thousands of dollars in property was damaged in response to the inaction of city officials and BART officials responsible for investigating the murder of Oscar Grant.

This rally seemed to be more of a prayer vigil slash Kum-by-yah festival, starting off with prayers and shouting on the mic every few minutes that “we need to be peaceful.” I started to wonder if the organizers saw the same footage that I saw, because “we” did not shoot Oscar Grant; police officers in uniform did.

How can anybody ask for peace before they ask for justice? That gave me a weird feeling when the event first started.

The event came to a climax at City Hall when the organizers let the mayor, Ron Dellums, speak. Less than 24 hours before this rally/vigil/festival, sheriffs in Nevada allegedly arrested the trigger-pulling officer for murder. The problem is the camera shows four other officers aiding Johannes Mehserle, the cop who pulled the trigger. Why have not they been arrested? If I was caught on tape killing anybody, me and everybody who was with me at the moment would have been arrested, whether or not they knew what I was going to do.

How can anybody ask for peace before they ask for justice?

Why did the CAPE organizers let the mayor speak, as if he was some kind of hero or something? Consequently, the mayor was questioned by the people during his speech about why the other four cops involved are not under arrest. He ignored the questions and continued to try and look like Dr. King when he spoke. 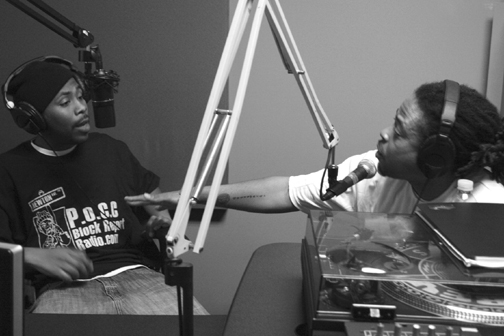 Pissed off and frustrated with unprincipled behavior, I asked the stage manager, the local singer Jennifer Johns, why was the mayor speaking at a protest at City Hall. If we were not protesting the mayor at City Hall, who were we protesting?

I then asked if the protesters who were arrested in the rebellion a week earlier would have a chance to speak to get support for our upcoming trials. Johns told me, “You should have come to the meeting.” I told her that I was at the doctor and meeting with potential lawyers at the times of these meetings. Her arrogant attitude personified the class contradictions that were evident between the organizers of this rally and the young people who risked their freedom to rebel in the streets.

Let me remind you that it was the rebellion and threat of another one that got the cop arrested.

To add insult to injury, Oakland rapper Too Short was allowed to speak. He has never been a part of a community struggle to my knowledge, but the people who were out in the streets during the rebellion, risking their freedom at the moment and jail time in the future, including those who did not commit any crimes but were peacefully protesting – we were not given a chance to speak on the mic, our cases were not talked about, and CAPE co-founder Dereca Blackmon’s promise to collect donations for our defense did not happen at any time, according to what I saw and heard.

Young people risked their freedom to rebel in the streets. Let me remind you that it was the rebellion and threat of another one that got the cop arrested.

My personal highlight from the day was Minister Keith Muhammad of the Nation of Islam calling for the resignation or recall of DA Tom Orloff, who hesitantly arrested one of the cops and still has not arrested the other four that were directly involved in the incident that cost the 22-year-old father, Oscar Grant, his life. 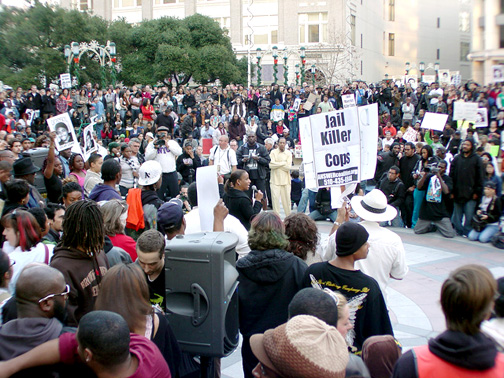 This was the only strong demand that I heard come from the stage at the “rally.”

The Bay Area is fortunate to not be plagued with Al Sharpton and Jesse Jackson types, who run to the bedsides of victims to hijack community struggles then water them down. We have to maintain that legacy and not allow no one to lead us that does not have a principled track record of struggle in this arena. This is too dire a situation to let some rookies – and that’s with me giving them the benefit of the doubt – take the lead, while they learn what going head up against the system is about.

In my opinion, the organizers of CAPE need to humble themselves to find out what the community really wants, including those who rebelled in the streets. Who is CAPE really saving, the system or the people? 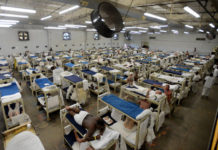