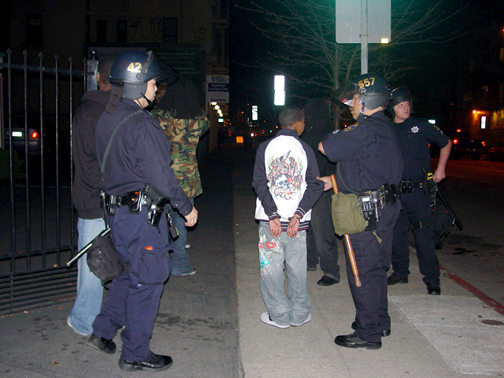 I was listening to Rev. Al Sharpton’s Keepin’ it Real show today with guest host Eleanor Tatum of the Amsterdam News. They had JR of the Block Report on talking about the murder of Oscar Grant by Oakland’s Bay Area Rapid Transit police and the rebellious aftermath.

Things were going kinda smooth until Ms. Tatum and some of the callers started parroting the old line about how “we” shouldn’t burn down “our” own property.

That’s when the discussion got a tad bit heated.

Brotha JR pointed out that the rebellion took place downtown and “we” don’t own property there.

That exchange kinda reminded me of Malcolm X’s house Negro/field Negro analogy when he talked about how the house Negroes “would give their life to save the master’s house quicker than the master would.”

Come to think of it. If Black folks don’t own any property, then they can’t really burn down what they don’t have, can they?

JR went on to say that the media only covered the Grant story because of the rebellion. But what really shut it down was when he told Ms. Tatum that if it wasn’t for O-Town settin’ it off they wouldn’t be having that conversation.

At that point there was a collective “ooooooh” resonating from hoods across America.

Needless to say, JR didn’t get to say goodbye …

Let’s face it. Historically, Black folks have gotten much more attention from yellin’ “Fight the Power” than from singin’ “We Shall Overcome.”

Ask any Black activist and he will tell you that the only time that the media care about what Black folks think is when there is the threat of someone raisin’ the roof.

If you are not either in a position to start a riot or call one off, the talkin’ heads really don’t give two cents what you think.

Also, look at how many government programs were started after the rebellions of the ‘60s and after the Rodney King verdict in the early ‘90s.

Although politicians are quick to say there is no money for the poor, have you noticed how quickly they find some funds when they smell smoke?

Back in the ‘60s Kwame Ture (Stokely Carmichael) said: “A lot of people in the bourgeoisie tell me that they don’t like H. Rap Brown when he says, ‘I’m gonna burn this country down.’ But every time Rap Brown says that, they get a poverty program.”

As Run DMC once rapped: “Don’t ask me because I don’t know why. But it’s like that and that’s the way it is.”

“Truth Minista” Paul Scott is a minister, writer, lecturer and activist. He has been a guest on talk shows around the world including Hannity and Colmes (Fox News), Hot 97 (NY), The Bev Smith Show, Mancow Morning Show and SAfm (South Africa) discussing the issues of rap, race, religion and revolution. Scott was ordained a Baptist minister in 1998 and coined the phrase Afrikan Liberation Theology. He can be reached at (919) 451-8283 or info@nowarningshotsfired.com.

Another and much more informative live interview with Minister of Information JR on the aftermath of the police execution of Oscar Grant was also broadcast Jan. 15 – this one on WBAI, the Pacifica station in New York City, KPFA’s sister station. Hosted by Sally O’Brien, the show is Where We Live. It can be heard in the WBAI archives for 90 days at http://archive.wbai.org/. Scroll down to Where We Live on Jan. 15. The interview, which starts about 45 minutes into the show, was so gripping that the host of the following show allowed it to continue for another half hour. So, to hear it all, also listen to Afrikaleidoscope. 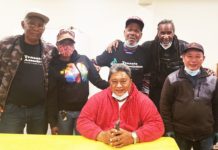