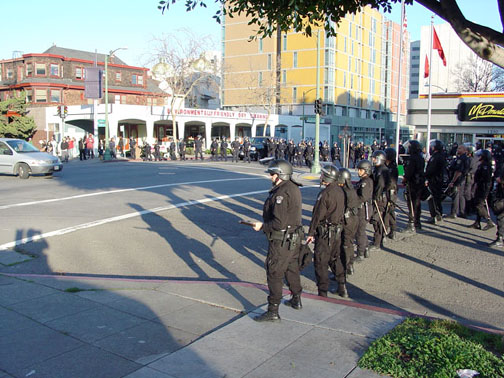 Unfortunately, once again we find ourselves in a reoccurring racist nightmare. On New Year’s Day 2009, a BART pig at the Fruitvale station in Oakland viciously assassinated an unarmed young Black man. As we sit here behind the walls of the prison industrial complex, we struggle to confront this brutality, an all out campaign to execute with malice any disfranchised people with impunity. This cop knew what he was doing when he pulled his weapon and blatantly murdered an innocent, unarmed human being with total disregard for this man’s life.

But understand we all are very saddened by the tragic loss of Brotha Oscar Grant, and after sadness comes retribution. This Amerikkka has taught us this action must be resolved in order to move forward.

To the family of Brotha Grant our great respect and condolences are extended. But, Brothas and Sistas, this is all about all of the people who have been assassinated by the system. To our ancestors on slave ships to the Rev. Martin Luther King Jr. to Brotha Malcolm X to Brotha Emmit Till to Brotha Diallo, shot 41 times reaching for his wallet in New York, to Brotha Sean Bell to the li’l ol’ grandmother in Georgia, where the pigs 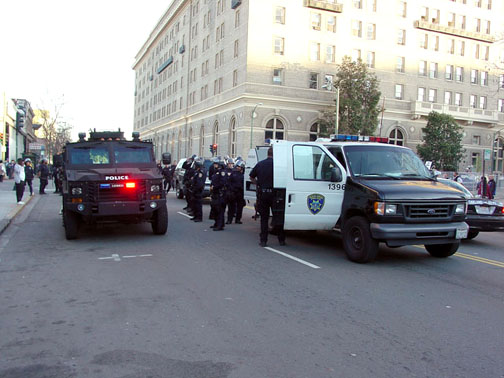 raided the wrong house. To Tyisha Miller, shot 24 times by the Riverside pigs; after they stop laughing, Sgt.Gregory Preece, makes the statement: “If it will help her family, tell them we used Black bullets,” according to the Black Voice News.

Understand that no amount of training will change the minds of this racist society. Already $22 million has been spent on training in Riverside County to improve community and sensitivity relations within the community and nothing has changed, according to the Black Voice newspaper I once read, trying to sustain mental sanity, spiritual health, social life and political struggle in the midst of a slave holding white supremacist civilization that has viewed itself as the most enlightened, free, tolerant and democratic experiment in human history. But this cannot happen unless you try.

So when you see anger in the streets, please do not feel as though your loved ones are being disrespected. It’s because the people need something or someone to rally for, against this racist bloodthirsty system that has forever stood on the backs of the people in order to maintain control of the very community they are sworn to protect. 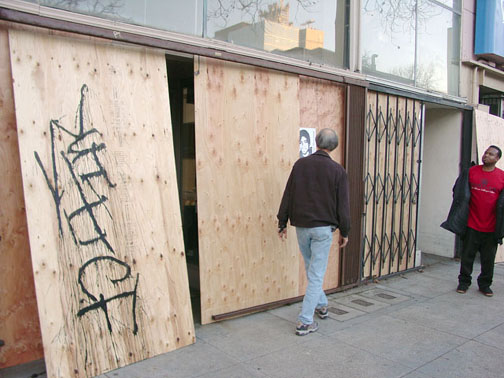 The people are desperately seeking equality and the Amerikkkan dream. In 2009, minorities are still being viciously murdered in the concrete jungles of this Amerikkka. While you are arresting the people for marching in the streets in protest, you have the audacity to wait two to three weeks to arrest a pig who assassinated an unarmed Black man lying face down. Jim Crow is alive and well in Amerikkka. You should be so lucky to have a few windows broken.

Martin L. King said [in his Letter from Birmingham Jail written in 1963]: “This ‘Wait’ has almost always meant ‘Never.’ We must come to see, with one of our distinguished jurists [Thurgood Marshall], that ‘Justice too long delayed is justice denied.'”