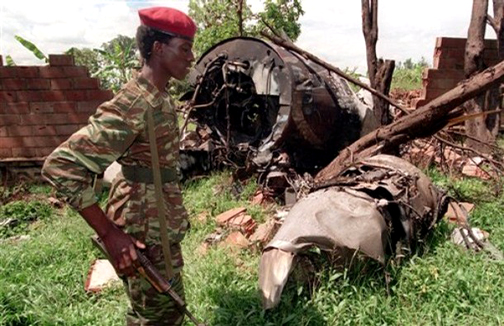 The evening before Human Rights Watch expert on Rwanda Alison Des Forges’ critical quote on the secret deal worked out between Rwanda’s murderous U.S.-backed President Paul Kagame and Democratic Republic of the Congo (DRC) President Joseph Kabila appeared in a Washington Post article written by Stephanie McCrummen from Kigali, the Rwandan capital, Des Forges died in a the fiery crash of Continental Flight 3407, en route from Newark to Buffalo, Des Forges’ home town. Des Forges, an expert on the ethnic violence that has swept Rwanda, Burundi and the eastern DRC, was returning from a trip to Europe on Human Rights Watch business.

Also on Flight 3407 was Beverly Eckert, a 9/11 widow whose husband, Sean Rooney, died on 9/11 while in his Aon Risk Services office in the South Tower of the World Trade Center. On Dec. 19, 2003, Eckert wrote an op ed in USA Today titled “My Silence Cannot be Bought.” She rejected a pay-out offer from the 9/11 victims’ compensation fund and opted for a lawsuit to seek out answers to her many questions about 9/11.

She wrote, “I want to know why two 110-story skyscrapers collapsed in less than two hours and why escape and rescue options were so limited.” She added, “I say to Congress, big business and everyone who conspired to divert attention from government and private-sector failures: My husband’s life was priceless, and I will not let his death be meaningless. My silence cannot be bought.”

Much will be written, undoubtedly, about Beverly Eckert and her suspicions about 9/11. But it was Des Forges who had an enemy in the Kagame regime, which has, in the past, used assassinations in Rwanda and abroad as a tool to silence its critics. One such operation was planned against this editor in Tanzania.

On Dec. 3, 2008, WMR reported: “The Rwandan government, through its political and intelligence network in Washington, applied pressure on the International Criminal Tribunal for Rwanda in Arusha, Tanzania, to reject this editor’s testimony on two different occasions about the 1994 plane shoot down [of the presidents of Rwanda and Burundi]. On a third occasion, I received word that Kagame’s intelligence team in Arusha would ensure I would “never make it” to my U.N.-arranged guest house on the way from Kilimanjaro International Airport.

Heeding the warning about Kagame’s intentions that were passed on to me by a friendly African intelligence service, I quickly cancelled my trip to Arusha. Members of Rwanda’s regime have been indicted by judges in France and Spain for murder. 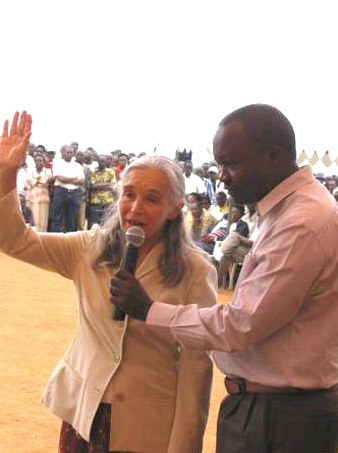 Des Forges was quoted in the Post criticizing a deal worked out and signed in Goma, DRC, on Dec. 5, 2008, between Kagame and Kabila that permits Rwandan troops to legally enter the DRC to ostensibly clean out elements of the Rwandan Hutu militia – the Democratic Liberation Forces of Rwanda (FDLR) – operating in the country. However, the FDLR is seen by both Rwanda and the DRC as a spent force that is an internal DRC problem and not a threat to Rwanda.

In return for allowing Rwandan troops into the DRC, Rwanda “arrested” its Tutsi proxy rebel general, Gen. Laurent Nkunda, after he fled the eastern DRC into Rwanda. Nkunda was the head of the Rwandan-sponsored National Congress for the Defense of the People (CNDP), which replaced the former Rally for Congolese Democracy (RCD). The RCD was involved in the 1998 second invasion of the DRC by Rwanda, an invasion supported by the Clinton administration. Rwandan troops first invaded the DRC in 1996 to overthrow the then-Zairian dictator Mobutu Sese Seko.

WMR’s sources in Africa report that Nkunda is not under real arrest in Rwanda because he is not in jail. In addition, Rwanda is ignoring repeated extradition requests from the DRC for Nkunda to be returned, but it appears that these requests are merely “window dressing” attempts by Kabila’s government to show that it is interested in putting the rebel general on trial. Nkunda, a self-declared Christian preacher, is linked to a shadowy U.S.-based Pentecostal group called the “Rebels for Christ.” Nkunda is also an open admirer of George W. Bush.

Kabila, according to WMR’s African sources, is suspected of being an ethnic Burundian Tutsi who was adopted by his father and predecessor as president, Laurent D. Kabila, who was assassinated in 2001, in a plot said to have been engineered by Rwanda with the help of Angolan elements.

Des Forges questioned the Rwandan-DRC pact in her interview with the Post. She said, “Is the FDLR now suddenly on the verge of becoming more militarily powerful? I don’t think we’ve seen that … And if they haven’t, then what you have is Rwanda trotting out an old warhorse of an excuse to go in again. The question is, what is the intent?”

Des Forges obviously knew the answer. With U.S. military forces of the U.S. Africa Command (AFRICOM) now backing a joint Ugandan-DRC offensive in the northeastern DRC to wipe out the Lord’s Resistance Army (LRA), with hundreds of civilian casualties in the DRC and Uganda, and a secret pact worked out between Kabila and Kagame to permit Rwandan troops to occupy the eastern DRC, the target of both operations is securing the vast territory that is rich in commodities that the United States, Britain and Israel – all allies of Uganda and Rwanda – want badly. Those commodities are gold, diamonds, columbite-tantalite (coltan), platinum and natural gas.

And Des Forges’ criticism of the pact between Kagame and Kabila earned her some powerful enemies ranging from the murderous Kagame, who will not think twice about sending his agents to silence critics abroad, and international interests who want to see nothing prevent them from looting the DRC’s vast mineral and energy resources.

Eckert’s criticism of the 9/11 Commission report and her honest skepticism about the events of that day in 2001 also earned her some powerful enemies. The sudden crash of Continental Flight 3407 eliminated two spirited enemies of those who hide in the shadows of government and business around the world.

Another side of King: Black economic power