“How to Run Roughshod Over Neighborhood Wishes” is now playing in San Francisco, as a swirling whirlwind of deception engulfs the Haight-Ashbury neighborhood.

The program has come from the San Francisco Public Library (SFPL) administration and architects Field Paoli, who are trying to rush through their plans for renovating – and, sadly, desecrating – the 100-year old Park Branch Library. Local civic groups and neighbors are increasingly unhappy as they see beyond the pretty but deceptive architectural pictures and find out what is really being planned.

The library administration wants to close the Park Branch for one year for renovation work under the bond passed in 2000, the Branch Library Improvement Program (BLIP).

But Park Branch Library does not need major changes – because earthquake and ADA accessibility issues were resolved in 1994, using money from a previous bond.

Other branches still have earthquake and accessibility concerns, and more than a dozen of them have yet to be renovated. Why not work on them first, as earlier plans said to do, while we plan better for Park Branch – and keep it open for its 100th birthday in October?

There is nearly $1.6 million to be saved.

SFPL and architects Field Paoli have misrepresented their plans to the public, and kept hidden a secret program of changes – then implied that the public approves. Library Users Association researched, discovered and made public plans that the library did not reveal in surveys or public branch meeting presentations, including the following:

• Destruction of the existing circulation desk and its replacement by a walled-off staff work room that is not appropriate in this 100-year old building. This is deceptively labeled in the plans as a staff work “area.” (The branch manager reportedly wants this, including the 8-9 foot high wall that will hurt the spacious feeling in this modest but airy open-space building.)
• Destruction of separate reference desks for adults and children that are apart from the activity and lack of privacy at the circulation desk.

In addition, the plans show additional changes to the branch that were never revealed to the public until they were presented to the Library Commission, on Feb. 5, 2009. There, City Librarian Luis Herrera said the planning was 70 percent complete – and the commission showed almost no interest in revising the plans despite criticism from both the public and the library’s own “peer reviewers.”

These changes include:
• Installation of privacy-breaking self-service pickup of reserved books, left on shelves where anyone can see the patron name and book title.
• Installation of two self-service checkout machines – both to be placed right at the entrance. What is the need for these space-gobbling and limited-service machines? The architect’s plans called this “improved self-sufficiency.”
• Chairs bait and switch. At the Jan. 22 public branch meeting, several patrons said they wanted to keep their favorite chairs, including the padded armchairs. The architecture firm’s Mark Schatz then said, reassuringly, that the “historic chairs” would be kept. But when a persistent patron followed up, insisting on keeping the chairs with padded seats and semi-circular padded backs, the architect paused, then said these chairs were not historic – they came from the 1960s!

The architect then brought the “1960s” chair to a Jan. 27 branch meeting in an apparent about-face – yet excluded that chair from “Proposed Furnishings” shown at the commission meeting Feb. 5!

The plans also relocate the circulation desk more than halfway back on the opposite wall, far from the door where library workers can keep an eye on comings and goings and the security gates. And this new location is directly next to the reader tables, reducing patrons’ peace and quiet and privacy as they read or study.

Several local groups oppose the year-long closure of the branch for these non-structural projects.

The Haight Ashbury Neighborhood Council (HANC) president told the Library Commission the proposed renovation plan is “horrible.” And a HANC letter to the Library Commission said the HANC board “has voted to oppose closure of the Park Branch Library for remodeling, until a true planning process is completed, and alternative site full service can be offered.”

PRO-SF (Panhandle Residents Organization SF) wrote the Library Commission, saying that the planned closure of the Park Branch Library this summer for one year “does not make sense.”

Library Users Association and the Gray Panthers of San Francisco also oppose the closure and the plans.

San Franciscans can help stop this. Attend the Haight Ashbury Neighborhood Council (HANC) meeting Thursday, March 12, 7 p.m., at the Park Branch Library, 1833 Page St., one block north of Haight Street, between Carl and Schrader, San Francisco. Speakers include Peter Warfield, executive director of the Library Users Association, and the presidents of the Library Commission and HANC. A flier sponsored by Library Users Association and HANC recommends sending emails to the supervisors at Board.of.Supervisors@sfgov.org and to District 5 Supervisor Ross Mirkarimi at Ross.Mirkarimi@sfgov.org, with a copy to libraryusers2004@yahoo.com. 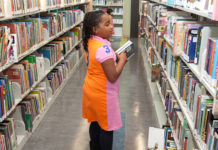 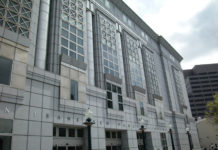