Fallout from the Oakland police killings will be cosmic 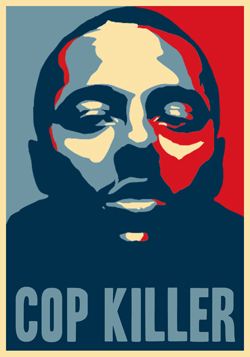 Oakland – This is how infamous legends are born, repressive laws are passed and communities are occupied and terrorized.

Lovelle Mixon – the suspected shooter behind the deaths of four Oakland police officers on Saturday – has joined the pantheon of Black men who have conducted deadly rebellions, though the parolee was 26 and living in the 21st century in Oakland, Calif.

Moving forward, you’ll have to mention his name with Denmark Vesey, Nat Turner, Huey Newton, Jonathan Jackson and Larry Davis. Depending on your politics, all of these men are cold-blooded murderers or heroes in the human rights struggle for Black people in America.

We don’t know yet what Mixon’s politics were, whether there was some calculated consciousness that could be articulated behind his heinous actions. It doesn’t matter. One thing is clear: All of these men’s actions led to decisive reactions by government to squash the community responsible for producing them.

Mixon was killed after he shot five officers – the fifth was grazed in the head by a bullet from Mixon’s assault rifle, according to reports – but it is the African American community of Oakland, particularly young Black males, that will have to live with the inevitable political and social backlash that accompanies open armed rebellion against the powers that be that result in police officers getting killed.

This incident couldn’t have come at a worse time for Oakland: with its scandal-plagued and embattled police department, its second-guessed and ridiculed mayor – Ron Dellums – and its shrinking, increasingly unemployed and desperate African American community.

Even as the protests against police brutality and misconduct continue in association with the New Year’s Day killing of Oscar Grant by BART police, Black Oakland has to brace itself for a new official onslaught of the magnitude not seen since the kidnapping, rape and murder of 12-year-old Polly Klaas in Petaluma led to the enactment of the Three Strikes Law that turned California into the modern American gulag it is today.

The Grant case is a particularly brutal reminder that, although we have a Black president, African American life is still cheap on these streets to the police. The dozen murders in Oakland after Grant will let you know Black life is cheap to Black people – the typical suspect and victim of murder in Oakland is young and Black and male – and, by extension, everyone else in this society.

But the videotaped shooting of Grant outraged young people in the Bay Area, and the residue of that seeming execution lies on the skin like a putrid oil you can’t wipe off. Grant is the latest in a list of outrages that has led up to this latest atrocious mass murder. Two other cases that stand out are the 2008 shooting of 51-year-old Anita Gay in nearby Berkeley, and the 2007 shooting of 20-year-old Gary King Jr. in West Oakland – the birthplace of the Black Panther Party for Self Defense. Both of the victims were unarmed and their shooting deaths occurred in front of witnesses.

The Grant case is a particularly brutal reminder that, although we have a Black president, African American life is still cheap on these streets to the police.

The Bay Area isn’t alone when it comes to Black communities in a battle with police departments, which makes you wonder why there aren’t more Lovelle Mixons.

Chicago has a long history of corrupt police, with cops working as enforcers for the mob and has one of the highest officer-involved shooting rates in the country. In New York City, the acquittal of four police officers accused of killing Sean Bell in a hail of 50 bullets was another outrage in a long history of injustices committed by police against the Black community. In Inglewood, Calif., the feds are investigating four officer-involved killings in the last 18 months. La Habra, Calif., Lima, Iowa, Atlanta, New Orleans – the list of controversial shootings goes on and on.

While the Obama administration is focusing on the economy and Afghanistan and Iraq – there is that age-old conflict between the overseers/officers and the people. Violence was the No. 1 issue of concern in the Black community before the economy tanked, and during the presidential campaign the only candidate who addressed it was Hillary Clinton. How long will it be before Obama has to face this issue head on?

Not to mention that, just like after the Vietnam War, ex-military are flooding police departments, meaning that the rules of engagement on the streets are bound to change for the worse. We are going to have to deal with younger – less experienced – police used to killing brown men, women and children in Iraq or Afghanistan, looking at us like we are the Taliban or insurgents in our own neighborhoods.

In the meantime, I’m telling all the young brothers I know who stay in Oakland to pump their brakes – there are mad cops out there and your life is worth even less than it was 48 hours ago, when it was worth almost nothing to anyone.

Kevin Weston is a writer and director of New Media at New America Media. Email him at kweston@newamericamedia.org.