My beloved people, my name is Abdul Olugbala Shakur, and I am a New Afrikan Freedom Fighter. Though I am only 47 years old, I have been active in the service of our people since the early 1970s. 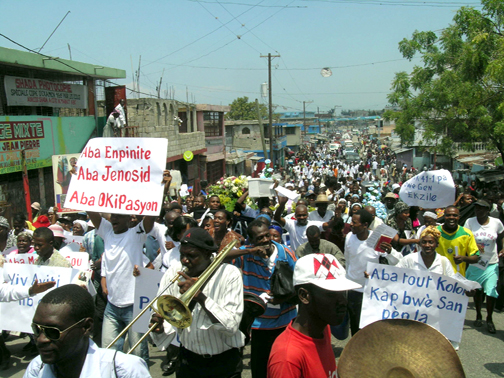 I grew up in the struggle. The struggle is my life; it’s all I know. I came to prison at the age of 18 for allegedly participating in an armed attack on two white sailors in retaliation for a violent sexual assault on a young sista from the community.

As a realist, I understand I may never step foot beyond this concrete hell again, but I refuse to allow this concrete hell to define who I am or restrain my revolutionary spirit. Though I have spent the past 25 and a half years in solitary confinement – an attempt by my keepers no doubt designed to destroy my spirit – my spirit is free, for I have transcended the concrete hell which contains my physical being.

One of the most pervasive misconceptions pertaining to our imprisoned community is that we lack a sense of humanity or the capacity to empathize, or that we are selfish and always seeking to take advantage of others. This is one of many reasons why society at large tends to allow the prison industrial slave complex to treat us with brutality, as if we are deserving of such inhumane treatment.

I believe it is time for us as a collective to display our sense of humanity and come together to save our communities. To exhibit a greater expression of our humanity, let’s reach out our hands to help our people in Haiti, to rebuild our international symbol of resistance to global white supremacy and slavery.

Approximately three months ago I received a letter from a young sista inquiring about why I show so much concern for the people of Haiti, especially being that I am not Haitian? I told her I am a New Afrikan and as a New Afrikan I represent the totality of all that is Afrikan – and Afrikan descended – so I embody all that is Black and beautiful.

I am Haitian, I am Jamaican, I am Afro-Cuban, I am Kenyan, I am Afro-Puerto Rican. All that is Afrikan, from Afrika to the rest of the world, their blood also runs through my – our – veins. During the slave trade, the racist slave traders intentionally tried to destroy the Afrikan family – which they believed would facilitate the psychological breaking process.

The slave traders sold family members to different genocidal slave plantations. For example, a mother went to Haiti, her husband to Cuba, her mother to AmeriKKKa, her sista to Brazil, her daughter to the Dominican Republic, and her son to Jamaica. We as a people are descendants of this attempt to execute this global Afrikan genocide, and I refuse to contribute to that genocide by denying my global Afrikan family. As a New Afrikan, I am also Haitian, and I am compelled by this innate affinity to stand up for the rights of our people in Haiti.

I realize that we as a people in this country are faced with our own crises, from the violent deaths of our young people due to gang and drug-related violence and to HIV/AIDS. Our communities are just as unstable as many of the Afrikan-run countries. 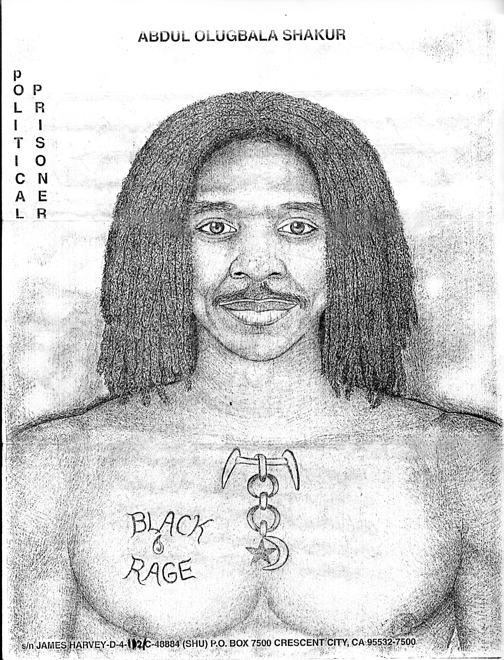 Though we can all concede that these unstable conditions have been orchestrated by the forces of white global supremacy, we can’t blame racism for our own failure to act in our own best interest. I am not neglecting the problems that we face here in this country. Being part of an imprisoned think tank, the New Afrikan Prisoners Writers’ Union, we are equally committed to resolving many of the problems we face as a people.

We have developed a number of proposals designed to address many of the problems we face daily, like gang violence, criminal behavior and the protection of our young women in particular, but the key to our success is coming together as a people and not depending on the government or working with the cops. They don’t give a damn about us or our children. We must take the initiative to do for ourselves, and this includes helping our global Afrikan community.

The world became spectators as genocide scourged the sacred Black land of Rwanda. In contrast, when genocide was visited upon the former European nation of Yugoslavia, European nations around the world – AmeriKKKa in particular – mobilized their forces to stop and prevent the genocide of other white people. But they allowed genocide in Afrikan countries to go undeterred. Here we are again being spectators, as genocide ravishes our people in Congo, in Darfur and in Haiti. Yes, Haiti.

What’s going on in Haiti is often associated with countries in Afrika, but right here in the Western Hemisphere, a new form of genocide is taking place. Our people in Haiti are faced with conditions that are equal in results to those that exist in Darfur and other places in Afrika, but yet very few people or governments are responding, except to mandate an occupation by United Nations troops, whose main goal is to suppress the Lavalas movement of President Aristide in the name of “maintaining order.”

My beloved people, it is obvious that we as a people can no longer depend on others to value Black lives. It is quite clear that Black lives do not hold the same human value as white lives in the eyes of European people, which includes white AmeriKKKa. So it is incumbent upon us to move on behalf of protecting, preserving and valuing Black lives, both here and globally.

This task will require direct participation on all our parts, including those of us behind enemy lines. I am particularly appealing to the Black church. In my opinion, the Black church can play one of the most effective roles in intervening in the U.S. government-orchestrated genocide in Haiti. The Black church already possesses the internal infrastructure and capacity to mobilize a grassroots campaign designed to end the genocide in Haiti, restore the democratically elected government of Aristide and remove the U.S. puppet regime who had gained power via an illegal and unjust coup.

It is obvious that we as a people can no longer depend on others to value Black lives.

The suffering and pain of our people in Haiti have only been exacerbated 10-fold due to the multiple and rapid back to back hurricanes that have hit Haiti. Many people, including children, have died as a direct result of these hurricanes. I, as a New Afrikan freedom fighter, don’t expect the forces of global white supremacy to come to the aid of our people in Haiti – no different than the tragedy of Hurricane Katrina.

When I see the tragedy in Haiti, it is symbolic of our own failure as well. White supremacy nationally or globally is not stronger than the global Black Diaspora, but our strength depends on our ability to come together and ACT IN OUR OWN BEST INTEREST.

We have the means and resources at our disposal to improve our living conditions and communities, but our people in Haiti don’t have the means, resources or infrastructure to resist global white supremacy and their orchestrated genocide. This is why it is imperative for the global Black Diaspora to respond to their needs and call for help.

White supremacy nationally or globally is not stronger than the global Black Diaspora.

We are in a position to serve as an advocate on their behalf. We are in the center of the imperialist monster that is contributing to this genocidal process. We can apply the necessary pressure on this government and their stepchild, the United Nations, to compel them to act in the best interests of the people of Haiti. Though I don’t recognize the legitimacy of this fascist government, I believe we have no choice but to attempt to reach them with the hope that they will intervene and end their support for a non-democratic government and demand the immediate release of the Lavalas political prisoners, POWs and activists.

We as New Afrikan prisoners can help to raise awareness, using the various media, to inform ourselves and educate our communities about the genocidal crisis that has engulfed our beloved Haiti. The more we learn, discuss and write about the crisis in Haiti, the more people will be aware of it.

I encourage the Black church, grassroots activists and Black student unions to contact the Haiti Action Committee at www.haitisolidarity.net, action.haiti@gmail.com, or P.O Box 2218, Berkeley, CA 94702. You can also contact me if you want to discuss what you can do to contribute to Haitian resistance and reconstruction.

My beloved people, we hear the cries of suffering that reverberate from the depths of Darfur, Liberia, Congo and all across our Motherland, but we have not heard the cries of suffering and pain from our people in Haiti. I ask: WHAT HAVE YOUR EARS HEARD TO WISH TO HEAR NO MORE? AND WHAT HAVE YOUR EYES SEEN TO WISH TO SEE NO MORE? Can deafness and blindness be a desired escape from our own reality, with the hope that our problems will go away on their own? Unfortunately, this is not the reality of our situation. It will take a conscious and collective effort to resolve our daily problems.

We are committed to resolving the gang violence in our communities, and we invite you to join our efforts. But we are equally committed to restoring our beloved Haiti. It is important for us to get involved. The lives of many children are at stake and Haiti is not in the position to save their – our – children.

I have spent almost 26 years in solitary confinement – isolation – but I refuse to allow my isolation to serve as an excuse for doing nothing. I am committed to serving ALL OUR PEOPLE, especially our babies and children. Seeing the resilience of our beloved Haiti has strengthened my commitment to our global revolutionary liberation struggle – until the last drop of my Black royal blood.

My beloved people, believe me, I understand the reality of the harsh conditions we find ourselves in, and we of the New Afrikan Prisoners Writers’ Union are committed to solving the problems we face daily, but we are asking each one of you to make a contribution towards rebuilding our beloved Haiti in the spirit of our beloved generals and liberators Jean-Jacques Dessalines and Toussaint L’Ouverture. We each can contribute something to this worthy cause.

Seeing the resilience of our beloved Haiti has strengthened my commitment to our global revolutionary liberation struggle – until the last drop of my Black royal blood.

Though the genocide in Darfur embodies the typical elements that define genocide, Haiti is experiencing another form of genocide where the global powers of white supremacy orchestrate conditions that are similar to that of the typical genocide, but make no mistake about it: It is still genocide, and many of our children, women and elders are dying daily.

We can make a difference. Join our struggle to save our beloved Haiti. We must do it for the children. We can no longer turn a deaf ear to their cries of pain. I will now bid you all my love and solidarity! Long live our New Afrikan independence movement!