I’m out of town this weekend on a retreat – Simba Simba, Deep Insight into Traditional African Systems of Health and Healing. 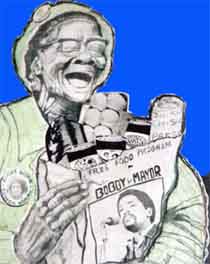 On Wanda’s Picks Radio for March 10, I spoke with Kiilu Nyasha, former Black Panther Party member, activist, TV show host and artist, who is featured in the exhibit, “Woman Artists of the Black Panther Party,” along with two other artists, Tarika Matilaba Lewis and Gail Asali Dickson. The reception is this Saturday, March 14, 1-3 p.m., at the West Oakland Branch Library, 1801 Adeline St., Oakland. Charlotte O’Neal’s work is part of another exhibit at the Oakland Main Library Branch. The reception will feature all four women, who will talk about their work. Visit www.itsabouttimebpp.com.

This show also featured Rev. Liza Rankow of OneLife Institute, which is presenting “Transformative Visions,” a multimedia art show and spoken word and jazz concert with a message of peace and possibility, 2-5 p.m. on Saturday, March 14, at Studio One, 365 45th St., in Oakland. Artists TaSin Sabir, Lorraine Bonner, TheArthur Wright and Destiny Muhammad, “Harpist from the Hood,” are a part of this program, which is free and open to the public. Scheduled to coincide with the annual observance of “A Season for Nonviolence” and the anniversary of the U.S. invasion of Iraq, “Transformative Visions” is intended to both challenge and inspire by offering spiritually-rooted responses to the critical concerns of the present day. Visit http://www.onelifeinstitute.org/home.html. This show was rebroadcast Friday, March 13, 6-8 a.m.

The Osher Lifelong Learning Institute (OLLI @Berkeley) is holding an Open House on
Tuesday, March 17, 10 a.m. to noon at the Berkeley City Club, 2315 Durant Ave., at Ellsworth Street, Berkeley. Doors open at 9:30 a.m. OLLI course instructors present their courses, questions are answered and there is an opportunity to register for spring courses. For reservations, email berkeley_olli@berkeley.edu or call (510) 642-9934. For information, visit http://olli.berkeley.edu. The event is free and open to the public.

The United Nations Department of Public Information presents: “Three Documentary Films in Observance of the 2009 International Day of Remembrance of the Victims of Slavery and the Transatlantic Slave Trade,” Tuesday, March 24, 1:15 p.m. to 6 p.m. in the Dag Hammarskjold Library Auditorium, 46th Street and First Avenue in New York City.

The first film, screening at 1:15 p.m., is “Scattered Africa: Faces and Voices of the African Diaspora” (USA, 2008, 52 min. Director: Sheila S. Walker, Ph.D.): During the centuries of the Transatlantic Slave Trade, an estimated 100 million African people were torn from their homelands. Cultural anthropologist and filmmaker Dr. Sheila S. Walker takes viewers across the Americas to Argentina, Uruguay and the United States, exploring past and current contributions that African people made to American culture. Following the screening is a Q&A with Georges Collinet, who is featured in the film.

Screening at 2:45 p.m. is “Black Atlantic: On the Orixas Route” (Brazil, 2001, 55 min. Director: Renato Barbieri): The waters of the Atlantic brought the slaves from Africa to Brazil, their bodies in chains but their souls inexorably tied to mother Africa. This Brazilian-made film takes us to both shores, to show how spiritual life, dance and song came with the captive people and took root in the new soil. Among the many traditions were the language and gods of Yoruba and Jejes from the Republic of Benin. When a group of freed slaves returned to Africa to rediscover their roots, they were looked upon as outsiders. They became tradespeople – tailors, accountants and builders – and they actually brought Portuguese culture to Africa. Today, when Brazilians revisit Africa, they take with them the culture that the descendants of the slaves have kept alive in Brazil. The documentary is a testimony to some of the ironies of the Diaspora. Director Renato Barbieri will be at the Q&A after the screening. 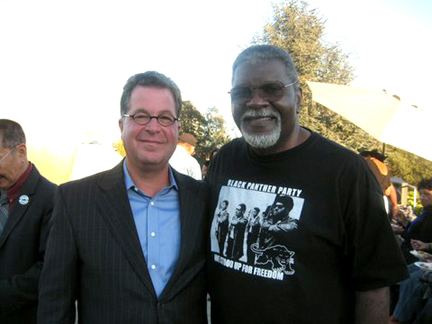 Screening at 4:15 p.m. is “Merritt College: Home of the Black Panthers” (USA, 2008, 62 min. Director: Jeffrey Heyman): This documentary remembers the ‘60s and the first awakenings of the Black Power movement in the U.S. It explores the legacy of slavery in the U.S. and the formation of the Black Panther Party. Narrated by Congresswoman Barbara Lee, this film chronicles the birth of the Black Panther Party at Merritt College in Oakland during those politically, socially and economically turbulent times. This story is told through rare interviews with original party members and other key players – who were Merritt students at the time. It features original artwork from the many Black Panther Party publications as well as rarely seen photos – and focuses on the positive achievements of the Panthers’ movement and its legacy, not of violence but of what it learned and what it left behind. Following the screening is a Q&A with director Jeffrey Heyman, executive director for marketing, public relations and communications at Peralta Community College District.

What’s great about guitarist Terrence Brewer’s latest CD is his wonderful interpretation of a musical icon, Wes Montgomery. He features Montgomery classics, some I recognize, which quickly become Brewer classics as the pieces are reinterpreted in new ways. Brewer will have a CD release party at Yoshi’s Jack London Square, Tuesday, March 17, with two shows, 8 and 10 p.m. Stay tuned. He will be Wanda’s Picks Radio, perhaps Wednesday, March 25, 7 a.m. Visit www.yoshis.com.

Be advised that the Charles Houston Bar Association and ACBA/VLSC are not liable for advice received at this session. The session is for a limited period and referrals for further counseling will be available. 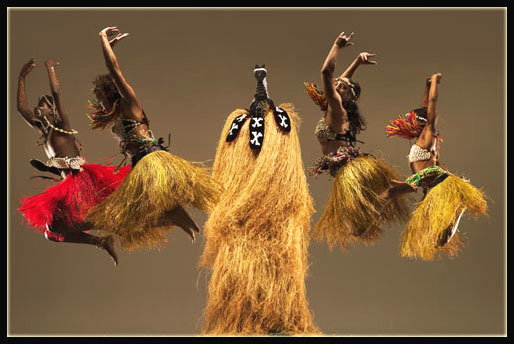 These tremendous guest companies and artists will unite on Saturday, March 14, at 8 p.m. in a one-time, limited seating gala performance at the Berkeley Community Theater on the Berkeley High School campus, 1980 Allston Way, Berkeley. Doors will open at 6 p.m. for the famous annual African Marketplace with crafts and food, and the performance starts at 8 p.m. with the Drum Explosion.

The Art of Living Black closes this weekend at the Richmond Art Center. There are several art exhibits open in conjunction with the main one in Richmond. Visit www.taolb.org. Poetry Slam Champion Patricia Smith is at La Peña Cultural Center March 19. You don’t want to miss this wonderful program, which also features a Palestinian journalist and poet, all hosted by Aya de Leon.

At SFJAZZ Spring Season there are wonderful artists featured. Visit sfjazz.org. Don’t forget to check out San Francisco Performances, Cal Performances and the Mission Cultural Center, where there is a great art exhibit with all women artists, Dance Mission, the Oakland East Bay Symphony, Intersection for the Arts, which has a new play opening in June based on the Pulitzer Prize-winning novel by Junot Diaz and a photography exhibit opening this week or next week, and the Asian Film Festival, which opened March 12.

The Big Read continues with more activities connected thematically to Ernest Gaines’ “A Lesson Before Dying.” I think about lessons Black men learn and wonder why the lessons come too late for most of them. Why does the character have to learn to die; why couldn’t he have learned to live? 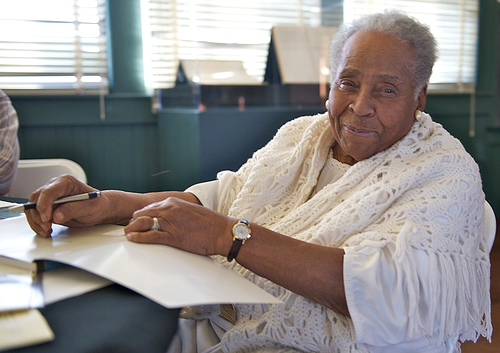 Allensworth is the historic agricultural community founded in 1908 by Col. Allen Allensworth, who was born into slavery, escaped to freedom, and rose to become a high-ranking officer and chaplain in the Union Army. On Sunday, March 15, 2-4 p.m., at the Oakland Museum, 1000 Oak St., hear the inspirational story of the town’s founding and its preservation, restoration and revival as a state historic park. The panel includes historians Susan Anderson and Guy Washington and the authors of the new book “Allensworth, the Freedom Colony” – Alice C. Royal, who was born in Allensworth in 1923, Mickey Ellinger and Scott Braley. The event is included with museum admission. Visit http://www.museumca.org/cal-public/index.cgi.

At the Oakland Museum, Wednesday, March 25, 6 p.m., filmmakers Lisa Merton and Alan Dater tell the dramatic story of Nobel Peace Prize Laureate Wangari Maathai, whose simple act of planting trees in Kenya grew into a nationwide movement to safeguard the environment, protect human rights and defend democracy. The ITVS Community Cinema Series will be shown captioned and the panel discussions following the film will be ASL interpreted by DEAF Media. The event is free. The accessible entrance to the museum is from the parking garage, entrance on Oak Street. Parking is free for ITVS film screenings. Visit http://www.museumca.org/cal-public/index.cgi.

The ITVS Community Cinema Series at the museum features previews of films scheduled for upcoming broadcast on the Emmy Award-winning PBS series Independent Lens. The series is presented by Oakland Museum of California and ITVS in partnership with the Oakland Film Office, KQED Education Network, DEAF Media and Hands On Bay Area.

Center for Justice and Accountability presents Dr. Paul Farmer of Partners in Health

The 10th anniversary benefit for the Center for Justice and Accountability will feature Paul Farmer, M.D., Ph.D., world-renowned physician, anthropologist and founder of Partners in Health and the presentation of the 2009 Judith Lee Stronach Human Rights Award to Haitian human rights organization Bureau des Avocats Internationaux. The event will be held March 17 at the City Club of San Francisco, 155 Sansome St., 10th Floor, San Francisco. The reception, including drinks and buffet supper, is at 6:30 p.m. and the program at 7:30 p.m. A dessert reception follows the program. Tickets are $125 per person. For reservations, visit http://www.cja.org/events.shtml, call (415) 544-0444, ext.303, or email events@cja.org.

In “From the Civil Rights Movement to the Immigrants Rights Movement: Lessons Learned,” the Center for Political Education and long-time movement activists Betita Martinez, Phil Hutchings and Renee Saucedo discuss the civil rights movement, the struggles activists faced in organizing against oppression, and lessons learned for immigrant rights struggles today, Wednesday, March 18, 7 p.m.. at City College Mission Campus, Room 106, 1125 Valencia St., between 22nd and 23rd, San Francisco. A $5-$10 donation is requested, but no one will be turned away for lack of funds. For information, call (415) 431-1918.

Celebrate the freedom of formerly incarcerated survivors of domestic violence and honor those who remain imprisoned, Saturday, March 28. Doors open at 3:30 p.m. at the Women’s Building, 3543 18th St., between Mission and Guerrero, San Francisco. For information, call (415) 255-7036, ext. 304, or email emily@freebatteredwomen.org.