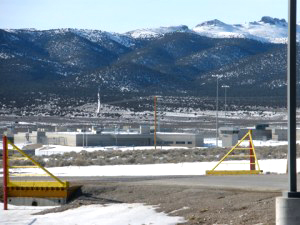 On Tuesday, April 14, in Las Vegas (by video) and in Carson City (live) the Nevada Board of Prison Commissioners will meet to allow the public to put on record its complaints against the Nevada prison system and make suggestions for improvement. Prisoners are asking other prisoners to urge their supporters, friends and loved ones to attend:

“It is important to get as many people on our side to attend this meeting as possible. Those who have no one to attend this meeting on your behalf, you can submit a brief outline of any complaints or statements for the board. We will have a representative there to place them on the record. Just be sure they’re relevant and easy to read.

“And while it is not a requirement, we prefer you focus on issues you have already made a record of via the grievance procedure, as we are also compiling evidence for a major class action lawsuit we hope to file soon. So be sure to include a copy of any grievances supporting your claims. We’re specifically looking for cases of medical neglect, staff assaults on inmates, any grievous abuses of authority or failure to enforce rules that protect your rights, health and safety. We are also looking for witness accounts of abuse or mistreatment of mentally ill inmates.

“You can mail your submissions to Tonja Brown, 2907 Lukens Lane, Carson City, NV 89706. Your loved ones may email her at Tonjamasrod40@aol.com.”

Those who can attend in person can choose either the Carson City or Las Vegas meetings, which will both be held on April 14, from 1:30 to 4:30 p.m.:

On March 31, the American Civil Liberties Union won a critical victory in their lawsuit, Riker v. Gibbons, against the Nevada Department of Corrections challenging its inadequate medical and mental health care services in Ely State Prison. The Nevada District Court granted the ACLU’s motion seeking class certification, meaning that the ACLU’s four named plaintiffs in the case can represent the entire class of prisoners at Ely State Prison. Class certification was the first hurdle to overcome for the case to move forward, and now that it has been granted, discovery can begin.

Click here to read the District Court’s order. The ACLU of Nevada filed this lawsuit in conjunction with the ACLU’s National Prison Project.

The suit arose from a December 2007 report by Dr. William Noel, a medical expert retained by the American Civil Liberties Union to investigate medical conditions inside Ely State Prison in Ely, Nevada, after the ACLU affiliate in Nevada received dozens of complaints from prisoners. In his report, Noel wrote that medical care at ESP shows “the most shocking and callous disregard for human life and human suffering that I have ever encountered in the medical profession in my 35 years of practice.”

In another momentous civil rights victory in federal court against the state of Nevada, on March 24 Judge Larry Hicks allowed the case of Patrick Cavanaugh, who was deliberately left in a cell to rot to death of gangrene at ESP, to go forward, despite the state’s objections.

On Aug. 28, 2003, an order was entered in Cavanaugh’s chart that stopped all of his medications, even though he suffered from diabetes, gangrene in both his legs, hypertension and congestive heart failure. Dr. Noel wrote in his report: “Mr. Cavanaugh received almost no treatment for his illnesses, so his slow, painful death in the ESP infirmary was virtually assured. Given the profound and unmistakable smell of putrefying flesh, there can be no question that every medical provider and correctional officer in that infirmary was acutely aware of Patrick Cavanaugh’s condition.”

Keep up with Nevada prison news at http://makethewallstransparent.org/.