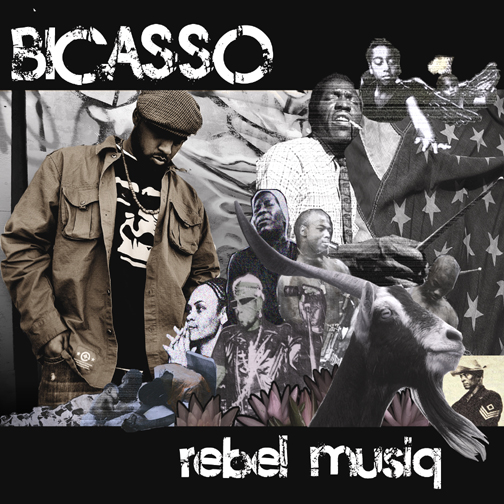 When people say rebel music, I automatically think of the classic Bob Marley song where he captured the pain, passion and rebellious spirit of an era. Now two decades and some change later, in 2009 Oakland, artists like Bicasso are the musical spokespeople for criminalized Black neighborhoods that are literally at war with the police; must I remind you of the cases of Oscar Grant and Lovelle Mixon?

While the mainstream media continues to portray young Black males specifically and Black people in general as only athletes, criminals and entertainers, the Black community of Oakland has always depended on independent music to truly inform and inspire us, from the times of the Black Panther Party, which was founded in Oakland, singing “Piggy Wiggy” or “Free Huey” or whether it was Askari X explaining how he felt to be “A Ward of the State” or violence in our community with “Giants versus Giants.”

Bicasso is fruit from that tree and is continuing that legacy today. “Rebel Musiq” hits stores May 5. Make sure you get it. And until then, here is Bicasso in his own words talking on everything from his new album to Oscar Grant and Lovelle Mixon. 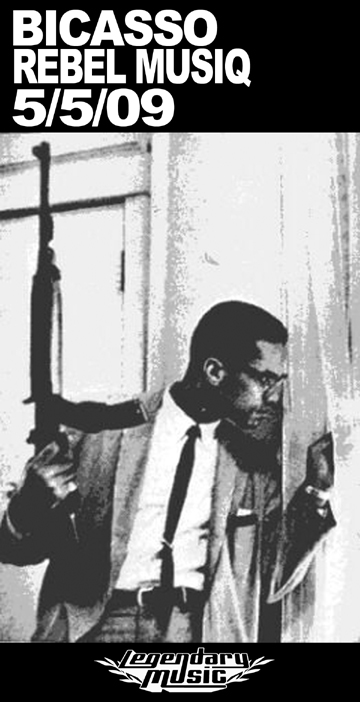 MOI JR: How did you come up with the title of your record, “Rebel Musiq”? And tell us a little about what went into making this album.

Bicasso: The title of the record just came outta wanting to put a stamp on the project that says exactly what it is: some music that goes against the grain from a lot of what corporate America and the minds of the masses are thinking about. It’s a call for action.

The album is a concept album, in the sense that it’s a collaboration between me and Dj Fresh. He made all of the beats. To me, when I heard his production, it reminded me of a lot of what the Town could feel, but with a different twist to it, stylistically. I had never heard beats like that before, but I felt they could be well received by Black people and the masses that are mostly tuned into the radio.

So my idea was to write a “street conscious” record that touched on issues as they related to the people, rather than one that was just self-serving typical subject matter; kind of trick heads into bumpin’ something that could benefit them lyrically but never lose that slap.

MOI JR: What did you think about the police murder of Oscar Grant? and about the Oakland rebellions?

Bicasso: The police murder of Oscar Grant was a horrific glimpse of the state of America right now. As it is, racism and classism are still alive, and they dictate the methods and tactics implemented by the police.

That murder was the first thing to set off the New Year in Oakland, and that’s some shit! To me it meant that there is no time to sit and be wondering what needs to be done. It’s either move or be moved on. 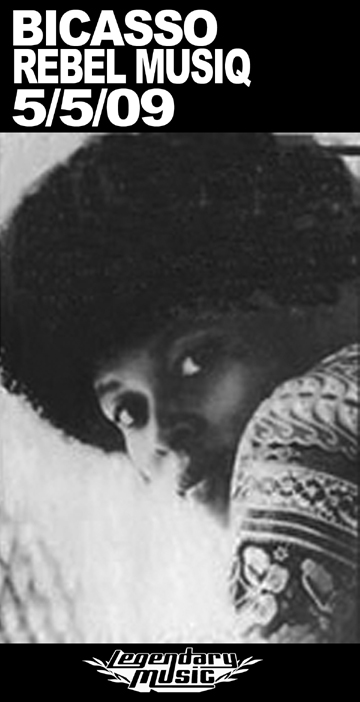 So we mobilized as a community, much in part by the fact that technology had made it possible for even the most complacent to be outraged, simply by turning on YouTube and checking it out. I wonder what the turnout of young Black kids would have been had the incident been suppressed and never caught on tape.

It’s a lot more things just like this and beyond that we need to be paying attention to and demanding change from. It’s an eye opener, a glimpse of just the tip of the iceberg of what to be prepared for at any moment.

MOI JR: What do you think about Lovelle Mixon killing four police before he was killed?

Bicasso: So that brings us to Lovelle Mixon and the same scenario of taking the law into our own hands and playing out the court, judge and jury, all in one swoop. There was no surrendering or going back to prison for this young man. He took his destiny by the horns and ended up leaving an everlasting mark on America.

Unfortunately, the magnitude of the incident has taken away most of the leverage – politically – from the Oscar Grant case, in that the system will be able to justify uses of excess force and abuse by lobbying around the Mixon case. But in all, I have to say that guns in the streets and guns in the hands of young, inexperienced cops is a recipe for destruction, oppression, disparity. Greed and fear can only go on so long before there is a scenario like this that is played out.

I feel that many people feel helpless in the face of the police and, even worse, what awaits them after the courts are finished with them, in the prison system, parole, unemployment etc. It’s designed to end up at a dead end, so it really doesn’t surprise me, especially within the culture of violence that our society embraces, that something like this would eventually take place.

Violence is not the answer, but it sure is a trip when the tables turn. May God bless all that have lost. 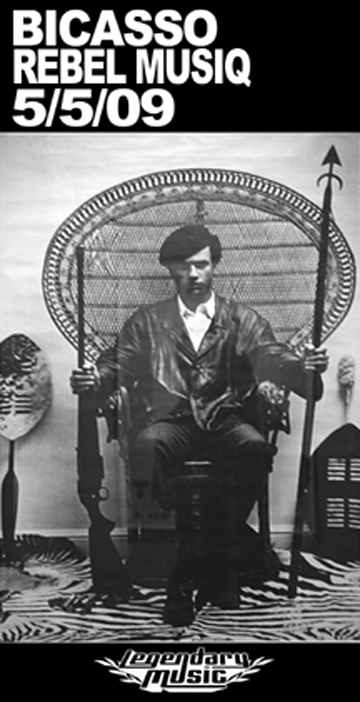 Bicasso: I’m not sure how it affects the Bay beyond the fact that it actually went down here, and it’s almost like another chapter in our extremely rich text of rebellion and revolt, as sad as it is. There will always be rallies and people that are aware of what’s going on out here, but at the same time there is a huge amount of apathy and ignorance purveying the streets, and heads are falling into the exact conditioning that the system wants to flourish.

So unless the youth begin to wake up and see their position in all of this as the voice of the streets and the pulse of the people within the music and their power to organize – and make change – then Oakland and the Bay have a long way to go. There is so much raw talent focused towards violence and a self-serving role of expression.

It is obvious to me that our battle is much bigger than either of these shootings. We have to begin to take our minds back, and that is a very abstract thing to think about, and abstractions are hard to concentrate on in the face of the media and all the other distractions that exist. It’s big!

MOI JR: Can you tell us a little bit about the workshop you host: Beats, Flows and Videos? How did it start? What do y’all do? And how can people join?

Bicasso: Yeah, I do a workshop at the East Side Arts Alliance at 2277 International Blvd in East Oakland. It’s called “Beats and Flows.” Basically it’s a resource for youth to come through and make music, receive mentoring and learn about their role in the legacy of movement building and organizing through the arts.

I focus on writing and building personal character and morals with the youth, and DJ Fresh assists me with the software based production element. We both lace game on recording techniques, the industry, and what it takes to be really doing it, for yourself and the community at the same time. It’s a free class, with some basic guidelines, and small monthly dues, offered Tuesdays, Wednesdays and Thursday evenings from 6 to 9 p.m. Come down and check us out.

MOI JR: How’s the rest of the Living Legends crew?

Bicasso: The crew is doing real good right now. We are working on releasing various albums throughout the spring – “Rebel Musiq” being one of them – and looking to collab in the studio to finish up the crew album and hopefully tour this fall.

The music has reached a very mature and eloquent level, and it’s really been a blessing for all of us to still be doing this and staying relevant through the test of time. Legends, Baby!

MOI JR: Where can people get “Rebel Music”? And how do they stay online with you?

Bicasso: Check for “Rebel Musiq” at your local Mom and Pop record shops (Amoeba, etc.) or place an order for it online at Legendary Music. Also check for paintbrushfunk.com coming soon, which is a website that will focus on everything Bicasso and beyond. A lot of visual art that I make will also be available there as well. Some real sick stuff.