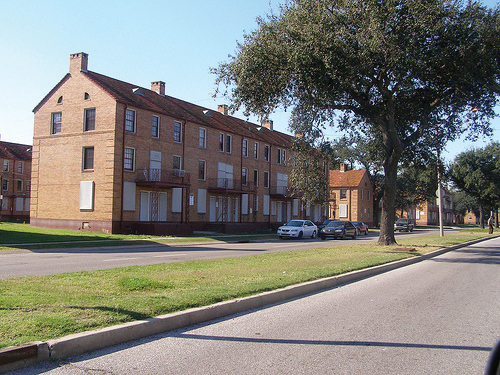 The fight for housing affordable to low-income families in the United States is a vortex – even unlike the work I did representing immigrants in the post-9/11 world. In my experience, fighting for public housing is more unpopular than fighting for non-citizens’ rights.

I have tried to discern why and have a few thoughts: 1) the housing fight involves money – a land grab – and so the interests vested are greater; 2) if housing is seen as a commodity instead of a right, then public housing represents an inherent failure, diametrically opposed to the American dream of home ownership; 3) the affordable housing policy advocacy debate has been hijacked by people who do not represent the interests of low-income families.

My experience representing public housing residents displaced from New Orleans after Hurricane Katrina confirms all the above. But the core of the problem – the root – may be the last point: that the affordable housing community has comingled interests to the point that we are permitting a low-income housing advocacy effort that is, at best, disingenuous.

I feel vulnerable even suggesting as much, if only because many amazing housing advocates will not touch the subject. But we have and continue to raise the question during the fight for public housing in post-Katrina New Orleans, and I would like to bluntly raise it here.

“The low red-brick housing blocks of the Lafitte Avenue project, in the historically Black neighborhood of Treme … are scaled to fit within the surrounding neighborhood … To lessen the sense of isolation, the architects extended the surrounding street grid through the site with a mix of roadways and pedestrian paths. As you move deeper into the complex, the buildings frame a series of communal courtyards …”

Nonetheless, after Katrina, Lafitte was shuttered with steel plates on its windows and doors, and its sturdy, beautiful structures sat vacant as my clients struggled to pay exorbitant utility bills in private-market apartments, suffered nose bleeds and respiratory problems connected to the formaldehyde in their FEMA trailers, and suffer deep mental anguish because they are still desperately longing to come home.

Who stopped them? A year after Hurricane Katrina, in August 2006, the U.S. government announced a demolition and redevelopment deal with the Providence Community Housing and Enterprise Community Partners through a no-bid contract. Providence is affiliated with the Catholic Charities Archdiocese of New Orleans, and Enterprise is a non-profit with a mission to provide affordable housing. Let me be clear here: Providence has repeatedly used in testimonies to Congress its affiliation with Catholic Charities; and amongst those on Enterprise’s Board of Trustees is the president of the National Low Income Housing Coalition.

Why does this matter? Because Providence and Enterprise purport to be low-income housing advocates. They used their good guy identity to lobby for the destruction of New Orleans’ public housing. They had direct access to the major newspapers’ editorial boards and key members of Congress and influenced them against residents’ right to return. 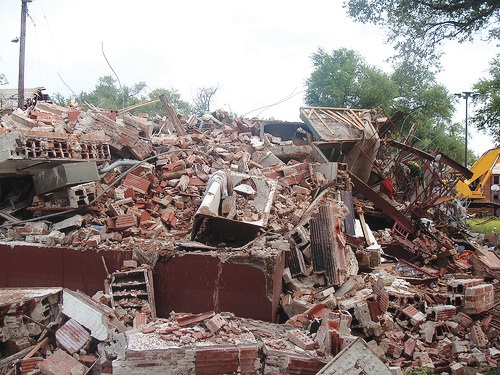 The bricks of Lafitte and the other housing developments came down during the first half of 2008. Construction was supposed to begin in the summer of 2008, but Lafitte still is a vacant parking lot – in fact, Providence and Enterprise have not even closed on their redevelopment finances. Due to public pressure, they promised a scaled-down form of phased redevelopment by letting about 90 units stand.

But they have done everything to discourage residents from moving into these units, including repeated delays, and even tried to move these residents out before Mardi Gras – likely because Lafitte is on a famous parade route, and so this was a despicable attempt to “clean up?”

Henry David Thoreau once wrote, “For every thousand hacking at the leaves of evil, there is one striking at the root.” The low-income housing community needs to ask itself: Do we have the courage to strike at the root?

Anita Sinha is a senior attorney with the Advancement Project, www.advancementproject.org, an innovative civil rights law, policy and communications “action tank” that advances universal opportunity and a just democracy for those left behind in America. Anita directs Advancement Project’s Katrina and Right to the City programs and is counsel to New Orleans public housing residents in the class action lawsuit, Anderson v. Jackson.

Jordan Davis verdict: Failure to convict Michael Dunn of first degree murder a travesty that must be rectified in second trial

No evictions: Gulf Coast residents can keep their FEMA trailers