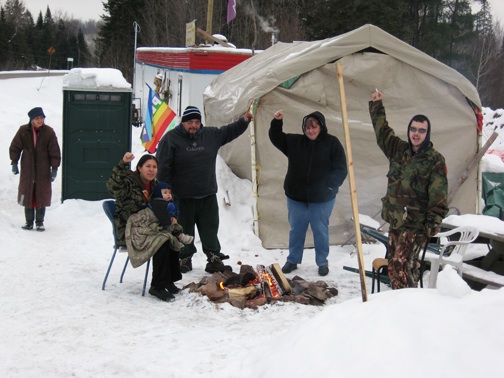 On Thursday, May 21, a warrior from the Native Youth Movement Warrior Society was arrested and detained in Halkomelem Territory (near so-called Hope, British Columbia, Kkklanada).

Shark is a 27-year-old father of five Secwepemc children, from the Ohlone and Chumash nations. He is currently being held for ransom in the Kamloops Regional Correctional Center (KRCC), facing charges stemming from protecting Secwepemc mountains, Skwelkwek’welt.

These sacred mountains are being destroyed by the Japanese company, Sun Peaks Resort Corp. The governments of “British Columbia and Canada” are illegally selling Native land to foreign invaders and companies. These companies develop mass destruction to the land and water, in turn killing the original, natural habitat of these mountains, including the Secwepemc people.

Since 2000, Secwepemc people have been taking direct action to stop Sun Peaks from destroying Skwelkwekwelt, their hunting, berry picking and medicine mountains. The people left the Indian reserve to take back their traditional territory and stop Sun Peaks expansion.

In 2001, the Secwepemc formed a chapter of the Native Youth Movement. They called other Native Warriors to help defend the land for the future generations. Shark was one of those who responded to the call.

From May to December 2001 there were over 50 arrests made of Secwepemc people and their allies; among them were 74- and 78-year-old women. Since then, there has been targeting of Native Youth Movement and Skwelkwek’welt defenders. Many have been arrested in connection with taking back the land at Skwelkwekwelt.

We are asking all those who support the struggle for the land and indigenous autonomy to make a donation and spread the word to Free Shark. Those who put themselves between the invader and the people must be protected. A warrior is a special person who understands that his willingness to protect women, children, land and water may result in incarceration, injury or death, but warriors do it anyway knowing that truth and Mother Earth are on their side.

Send donations as soon as possible to help Free Shark to: Miranda Dick, Royal Bank (in the midst of switching to climate friendly banking), Shuswap Ave., Chase, BC; Transit No. 00880, Account No. 5055447. 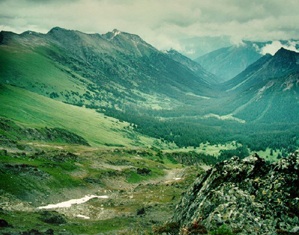 No Olympics on Native land! No mining! Down with Sun Peaks! No ski resort in Melvin Creek! Down with the tar sands! No independent power projects (dams)! No railway and highway expansion!

In solidarity with the Mayan Zapatista, the Mapuche, the Kuna and all the millions of warriorz fighting the enemies of the earth worldwide. It’s not over until we win! Take back the land!