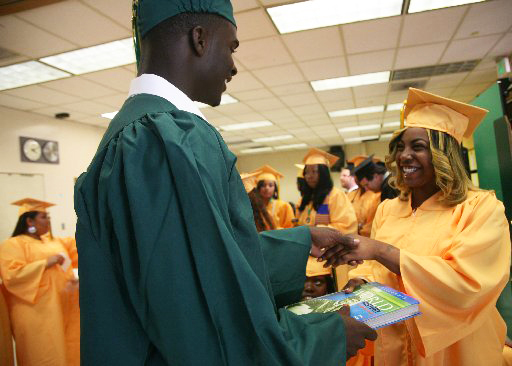 On a crisp spring California afternoon, long after the echo of the last final bell, 40 parents, students and teachers gathered in a too-warm classroom at Paul Robeson School of Visual and Performing Arts to ask California State Administrator Vincent Matthews to reconsider his decision to close the East Oakland high school.

“I feel Paul Robeson should stay open because it offers a nurturing environment to its students,” said senior Jimonte Johnson. “It’s a smaller school, the teachers actually care and my grade point average has increased from 0.40 GPA to a 3.67.”

Matthews listened to a student-led presentation on Robeson, answered questions from teachers and, although he met again with the community, Robeson will still most likely be phased out.

Phase out is a school shutdown process used with increasing regularity by Oakland Unified School District to gradually wind down schools one grade at a time. Robeson will be completely shut down by 2012.

Before 2003 the district rarely closed any of its schools. Beginning in 2004 after the state took over district operations, phasing out schools that failed to meet key achievement goals became common practice by the Oakland district. By 2009-2010 the district will have shut down or begun phasing out 28 schools, the vast majority being small schools. 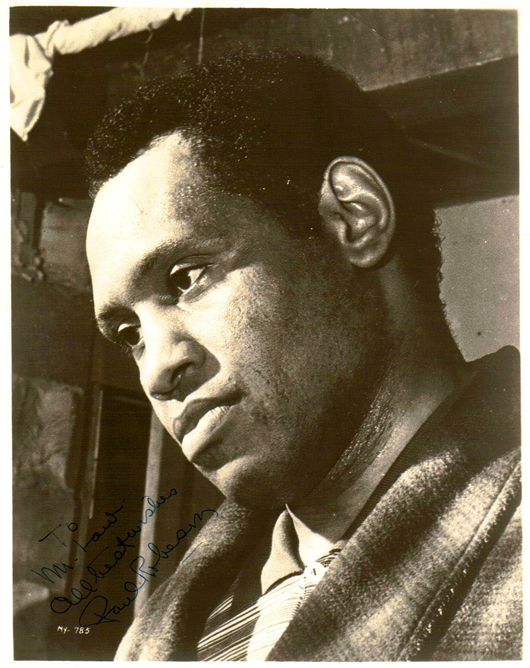 “The alarming thing about phasing out is that the district is closing schools that have just opened,” said Jayeesha Dutta, a co-director at Oakland-based Youth in Focus who has also worked with OUSD over the last several years. “If this is a reform tool, we’re never going to make progress.”

Robeson isn’t the only Oakland school on track for phase out beginning next year. Robeson joins Business Entrepreneurial School of Technology (BEST) High School, located on the McClymonds High School campus, in becoming the two small schools scheduled for phase out starting the 2009-2010 school year. Neither school has been open more than five years.

About seven years ago, the Oakland Unified School District began implementing a new program geared towards creating smaller schools as part of a broader plan to improve test scores, come into compliance with No Child Left Behind and give students an opportunity to learn in a smaller setting.

Almost overnight new, smaller “academies” and career schools sprang up. Some of these new schools were given their own buildings and some were put in place in the existing large sprawling campuses that had originally been built for the student population boom of the 1950s and 1960s.

“These big comprehensive high schools were really showing no signs of progress or success in the way they were delivering services to the students,” Dutta said. “Small schools was a move towards a better educational system.”

Oakland Unified School District is a complex, dense public school system that has weathered multiple upheavals over the last few decades, including the financial mismanagement five years ago that led to the state of California taking over the district.

Oakland has a total of 110 public schools and about 53 are small schools. To be sure, many small schools have seen great success and the district has opened a fair number of new school programs in Oakland.

However, parents, teachers and Oakland education experts worry that the district is providing uneven levels of financial and administrative support to many schools, causing a decline in achievement for small schools that are located in the Oakland flatlands. Some educators and parents worry that the district is also putting its cookie cutter achievement standards ahead of supporting new schools that may need extra nurturing.

BEST parents said they are upset about the upcoming phase out.

Parents, teachers and Oakland education experts worry that the district is providing uneven levels of financial and administrative support to many schools, causing a decline in achievement for small schools that are located in the Oakland flatlands.

Some BEST students said they are still absorbing the news. Both teachers and students say the positive work being done at the school is not necessarily reflected in its test scores.

Teachers, administrators and educational organizations said many small schools have also not been given the adequate financial resources to meet district achievement goals and attract and retain students.

“Some small schools claim that ‘we need additional’ or ‘we need more’ and you have others that are just fine with the budgets as they are established.” Matthews said. “They are able to make do or to do well with the budgets.”

Dutta said the district needs to focus on long term strategies for dealing with small schools in trouble instead of phasing out the programs.

“With adequate resources, adequate planning and adequate amount of time, these schools could succeed,” Dutta said. “But they haven’t been given those conditions. And so to say that these schools have failed and to close them before they’ve really been given the opportunity to show their potential I think is a tragedy and a huge waste of resources because so much money has gone into the conversion into small schools.”

Community members interested in addressing the issue of school closures can attend the May 27 Oakland Board of Education meeting at 5 p.m. in the Board Room at the district’s main office, the Paul Robeson Building, 1025 Second Ave. in Oakland.

For more that 13 years, Jennifer Inez Ward has been a journalist and photographer. Graduating from UC Berkeley Journalism School in 2001, Jennifer has been a beat reporter at a range of online and print publications, including the Philadelphia Inquirer and CBS MarketWatch.com. Jennifer covers education, government and entertainment in Oakland and can be reached at jinez1@yahoo.com. This story was funded by the Spot.Us community.