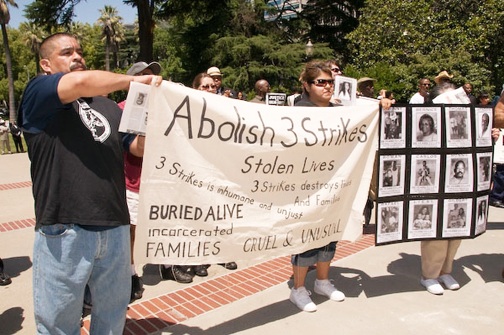 Sadly, March 7, 2009, marked the 15th anniversary for California’s draconian Three Strikes and You’re Out law. Fifteen years is one and a half decades, 180 months or 5,475 days. No matter how you calculate it, 15 years is too long for non-violent humans to be “incapacitated” for petty, non-serious and victimless crimes. For sure, thousands of non-violent Third Strikers, including many women and U.S. veterans, should not spend 25 years to life away from their aging parents, children, families and communities. It’s time for everyone to help end Three Strikes injustice.

Generally, the case is based on the fact that billionaire Dr. Henry T. Nicholas III used $3.5 million derived from his racketeering activities to defeat Proposition 66 in 2004. The affected class is everyone deprived of a re-sentencing hearing under Prop. 66. Our injuries – damages – include the loss of prospective earnings.

This case also goes after Nicholas and others for using $4.85 million from racketeering income to finance Prop. 9 in 2008. In addition to retroactively eliminating our fundamental rights and privileges, Prop. 9 amended the Penal Code to “eliminate the distinction between prisoners convicted of murder and prisoners convicted of other [non-violent Three Strikes] life offenses,” which permits parole hearing delays up to 15 years.

The Racketeer Influenced and Corrupt Organization (RICO) statute, 18 U.S.C. §§ 1961 et seq., provides civil remedies for certain types of illegal activities. Particularly, under RICO’s civil provisions it is “unlawful for any person who has received any income derived, directly or indirectly, from a pattern of racketeering activity … to use or invest, directly or indirectly, any part of such income, or the proceeds of such income” for the establishment or operation of a public policy enterprise – for example, Nicholas’ No on Prop. 66 and Marsy’s Law campaigns. Civil remedies under RICO include “treble damages.” This lawsuit seeks the invalidation of the 2004 election results for Prop. 66, and the 2008 election results for Prop. 9.

TiPS (Taxpayers for Improving Public Safety, www.forpublicsafety.com) recently announced the creation of a committee dedicated to Three Strikes reform. Included in the strategy, TiPS has proposed a lawsuit to challenge “the dual use of facts for imposing enhancements, application of the law ex-post facto … violation of separation of powers between Legislature and Judicial branches of government, and possibly even breach of contract by the state.”

TiPS has set up a special bank account to receive and hold contributions, noting, “The cost of finalizing, filing, and representing TiPS Three Strikes lawsuit is expected to be at least $60,000 as a class action for TiPS members as the affected class.”

On March 15, 2009, Barbara Brooks published the first issue of The Advocate. After reading “A Note from Barb” (on page 6), I was convinced that she is doing everything she can within her means to help reform the Three Strikes law. As she noted, “We all have to make some sacrifices to make a difference.”

Without delay, actively show you support the SJRA, and use their exceptional newsletter to keep getting the word out state-wide. Contribute generously!

Reserve your next copy of The Advocate today by sending one stamp and one self-addressed stamped envelope to Barbara Brooks, Sentencing and Justice Reform Advocacy (SJRA), P.O. Box 71, Olivehurst, CA 95961.

In 1996, a coalition of organizations from the Los Angeles area came together with the intent of amending the Three Strikes law to apply to violent and serious crimes only. Although their goal was not achieved, they did succeed in forming FACTS, a statewide organization. FACTS now has several chapters across California. Membership is made up of families of Strikers and people of conscience who are committed to ending Three Strikes injustice.

It’s clear from this article that the writer, Kenneth Keel, is an accomplished jailhouse lawyer like those Mumia Abu-Jamal salutes in his new book, “Jailhouse Lawyers.” Readers are urged to follow Kenneth’s advice to get involved in reforming – or, better yet, repealing – the Three Strikes law and to send words of encouragement to Kenneth G. Keel, D-12127, Folsom State Prison, 5BA-T139, P.O. Box 715071, Represa, CA 95671-5071. 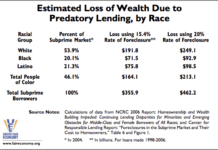