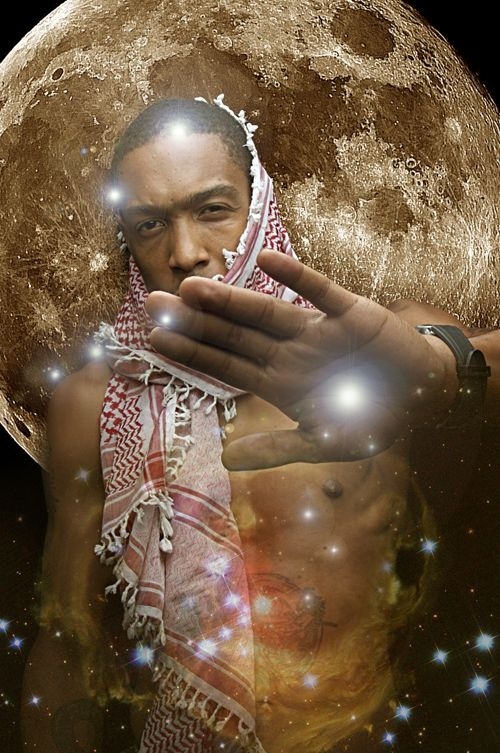 I have known Umi for a good half a decade and he has been a major supporter of the POCC’s Code of Culture all around the country, whether it was assisting now political prisoner Aaron Patterson when he was on the streets with the many campaigns that he was involved in, or whether it is him giving comrades moving through New York a place to lay their heads. Some of the work Umi has done has been in the spotlight and other work has been behind the scenes. That’s why I respect him. Now let’s get to the music.

Lately Umi, one half of the group Prisoners of War, has been producing a ridiculous amount of music with two albums on the street in six months with another coming this summer. It looks like he got that “Pac work ethic.” I have only heard songs from one of the albums, that one being “I’m Just a Prisoner,” which is being put out by Umi and Project Groundation. It’s a dope album with a little bit of something for everybody: dope political lyrics, jazzy and hard-hitting beats, as well as Umi has matured on the mic since his last project. Now I’m gonna let Umi explain to you what he has been up to, and what’s up wit’ him and dead prez …

M.O.I. JR: Can you tell us a little bit about yourself? How did you get into rapping? How did you hook up wit’ dead prez to become their manager?

Umi: First and foremost, I’d like to send revolutionary love and greetings to all the struggling Black and Brown folks locked up in society and in concentration camps throughout our fucked up world. My name is Umi, and I consider myself the last of a dying breed. My family line is directly from Ghana, but I was born in Seale, Alabama.

Because of my Southern roots, I have always put family first and known the truth behind this racist system and our position within it, so I have always voiced my opinions in some way or the other. Today I do it through Hip Hop.

I have followed the trends of the art form from the beginning, but in 1994 I linked up with five other brothers and really started putting it down. That was in CT, and the crew was called The Court. We was def on some WuTang Shit. But anyway, these brothers molded me into a lyricist. We started recording and performing and I vowed to them and myself that I wouldn’t stop until I made the world listen … and that’s where it began.

As far as dead prez, I met them in the struggle. They already was poppin, and in my mind was already successful. We first linked through a mutual comrade that I had met in Africa. Through work, exercise and just chilling, we became brothers. I started traveling with them as a DJ and then started helping out with different touring and business related shit. I never considered myself their manager. As far as I’m concerned, we managed ourselves and each other.

But I put in work with them because I believed in them, and our ideologies and principals where very similar. Once we started putting work in, we became brothers for life. Although I don’t work with them every day anymore, we still work very close and will always be tightly connected.

M.O.I. JR: Can you talk to us about Prisoners of War, the group that you make up wit’ Scribe. How did that formulate? Are y’all still a group?

Umi: P.O.W. – now that’s some shit I seen in my dreams. Because of my affiliation and love for the real political prisoners, I wanted to make a statement that drew a direct connection with them and the rest of the world. I labeled the outfit Prisoners of War because I saw us all in chains suffering in the belly of AmeriKKKA.

I wanted to let niggas know that we all are prisoners in this bitch cause we can’t dictate shit that happens in our country, in our cities, our neighborhoods… shit barely in our lives. So this makes us prisoners. Some of us happen to be stashed away in concentration camps but there is no separation.

That POW can be broken down a number of ways – it’s Pissing off Whitey, Pimpin Our Way, Pulling Our Weight, but most of all, it’s realizing that we all got a position to play out here and there ain’t no excuses. So I linked back up with my original team and asked my man Scribe if he was down and we started poppin shots once again. That was 2001 … and hell yeah we still a group. POW will always be here. Right now, we linking up wit my mans Megawatt and Griot from The Apostles from a super group called Original Man. It neva stops. Expect a couple of Scribe solo albums and another POW record as well.

M.O.I. JR: I know that you released two projects over the last couple of months, one by Sony and one by Project Groundation. Can you talk about both?

So I be hoping I can write some shit that inspires a mutherfucker to open their eyes and change this shit we living in. So yeah, I got a lil deal wit Sony Reds through 2B1 Ent. and decided to put out my first album. I called it “The other side of history” because it’s my story, it’s my people’s story. Some real shit, not no shit that was reinterpreted. I really think every nigga wit a heartbeat needs to hear that shit. It’s some real sincere shit … and it’s hot as fuck!

I also put out a mixtape to let cats know that I got heat. Me and DJ Childs linked up and put out some classic shit. It’s called “I’m Just a Prisoner.” That shit is like a audio movie mixed with a history book. Crazy. Both jons are all over the web, but the Sony Red shit is in stores everywhere. If you don’t see it, ORDER IT!

M.O.I. JR: How did being the manager for dead prez, which is arguably one of the most political hip hop acts since the turn of the millennium, affect your career as a recording artist – contacts, touring, politicking etc.?

Umi: Fucking wit DPZ not only gave me crazy insight into the industry and the understanding of making a rap group operate, but it also gave me a great deal of confidence in knowing that I could be successful. Their success showed me that I too could stand firm on my beliefs and principals and still obtain success in this crooked ass music game. And of course I was able to grow from hearing, watching and taking a part in so many dynamic events.

M.O.I. JR: What makes your music different from the other music that is being put out on the East Coast, from artists like dead prez, Common, Talib, Saigon or Mos?

Umi: I think all of those artists are different. They each have their own sound and style. That’s the beauty of this hip hop thang. But my style is like 2 Pac meeting Mr. Scarface and a young Ice Cube combined. Jus some sincere, gangsta but informative hip hop shit. And what makes me truly different is ain’t none of them niggas me. I’m Umi, born Umi, the last of a dying breed, baby! I’m the first nigga in the room and last nigga to leave!

M.O.I. JR: What’s the last thing that you want to say to the music buying public?

Umi: I wanna say, LET’S GET OURS! Let’s spend less time talking about somebody else’s shit and more time building up our own shit. I wanna say, if you can envision a plan, you can accomplish it. Don’t waste time. NOW IS THE TIME! I wanna also say, depend on me. Look for me. I’ll be raising up the flag and putting in the work. Look for me on the FRONTLINES!

Umi: You can get all seven of my projects and other merch on UMIRBG.COM. Buy the latest projects online or in a store near you and watch for the new mixtape “Gone But Not Forgotten” on July 4. Support real music!

Big up to Chairman Fred Hampton Jr., Minister of Information JR, the POCC and all brothas and sistas worldwide.