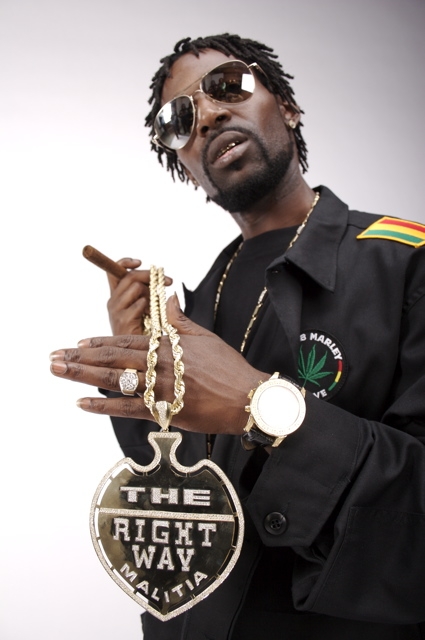 Legendary Frisco rapper Black C has out-survived two of his group mates in Ruthless By Law (R.B.L.), Mr. Cee and Hitman (RIP), who were murdered at different times, and still continues to put out good music and has another powerhouse squad under construction, The Malitia. Frisco and Bay Area hip hop would not be the same had we not heard hits like “Don’t Gimme No Bammer Weed,” “Bluebird on My Shoulder,” and “How We Comin,” which featured Mystikal and Big Lurch, plus the numerous street favorites that were not made into singles.

Due to the fact that most young people in the Bay listen to one of the two hip hop Clear Channel radio stations – KMEL or Wild 94.9 – religiously, and both radio stations refuse to support local music, it is no wonder that the local hip hop economy in the Bay Area is in shambles and dope local music is not getting to the masses.

A case in point is Black C’s last album, “City of Gods,” which was a really well produced good sounding Bay album that most Bay Area rap fans did not even know existed. My favorite track on that album was “Rally Around C” with its culture reggae sample, which I believe would have went somewhere had commercial radio been supporting it. We supported it on independent stations like 94.1FM KPFA and 89.5FM KPOO. Now we need the fans and the artists to decide what we are going to do about this situation at KMEL and Wild that is holding us back.

Now back to Black C. He has been in the lab cooking up some audio cream for the music fiends and on the in between time traveling around the country rockin’ the mic. Now check out this Bay Area independent rap legend in his own words …

M.O.I. JR: What has the RBL movement been up to since you released “The City of God”? When can we expect something new from you?

M.O.I. JR: With the lost of Mr. Cee (RIP) and Hitman (RIP), how would you characterize the RBL sound? Has it changed?

Black C: Yup, it changed as soon as we lost Mr. Cee. He brought the party vibe to the group, which also attracted the females. I brought the muscle and the street vibe. I haven’t did any RBL tracks lately since the death of Hitman, but Black C style is much different than RBL, and that’s because I’m trying to steer away from the normal RBL sound and create something new for myself.

M.O.I. JR: Now that the Bay Area rap scene is in the post-hyphy era, what is the new trend in Bay Area music?

Black C: To be honest I don’t know what the scene is right now. Hyphy at least gave the Bay Area youngstas an identity. Some supported it; some didn’t. Now we have nothing, but rappers trying to sound like somebody else out of state.

M.O.I. JR: Who are you listening to now and why? Who are some of your musical inspirations and why?

Black C: I’m listening to a lot of reggae at the moment – roots reggae – no dance hall, not too much rap unless its something we put together. As far as influences, I would say 415, a group out of Oakland, Ice Cube, Scarface, and 2Pac are my rap influences. Beat makin’ influences would be Dr. Dre, Above the Law, Daz, George Clinton and Eric Sermon.

M.O.I. JR: Tell us about your crew, The Malitia. Who are they?

Black C: All my artists together with a few honorary members, myself, Moe The Hustla, Big Hermanata, A.R., Young Shaad, Devious, Slapadelic and Simon.

M.O.I. JR: Do you have a way that people can keep up with you?

Black C: Fans can keep up with us at www.TheRightWayProd.com or Myspace.com/RBLPosse