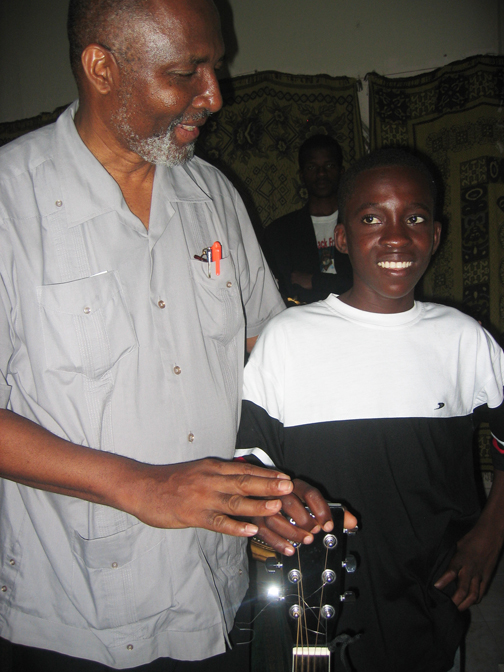 This musical tribute to the towering hero of Haiti, Father Gerard Jean-Juste – or Pe Jan Jis in Kreyol – who joined the ancestors May 27, 2009, is sung by Rosemond Jolissaint, the Haitian sensation who won Haiti’s version of American Idol in 2007, when he was only 16, the youngest competitor. The lyrics are written by Bell Angelot, a former deputy under President Jean-Bertrand Aristide and the director of the school where Rosemond is a student.

Sasha Kramer, a dear friend of the Bay View, who, having earned her Ph.D. from Stanford, now works in Haiti with the project she envisioned and co-founded, Sustainable Organic Integrated Livelihoods (SOIL), said when she sent this song: “Rosemond met Father Gerry twice, once at his church in Port-au-Prince and once in Miami at Veye Yo.  Rose and Father Gerry immediately bonded and when Bell heard that Rose wanted to write a song for Gerry’s funeral, he gave him the lyrics which Rose modified and put to music.” The lyrics follow, each line first in Kreyol, then in English. And following the lyrics is a video of Rosemond serenading Father Gerry at his church, St. Claire, when they met in Port-au-Prince. 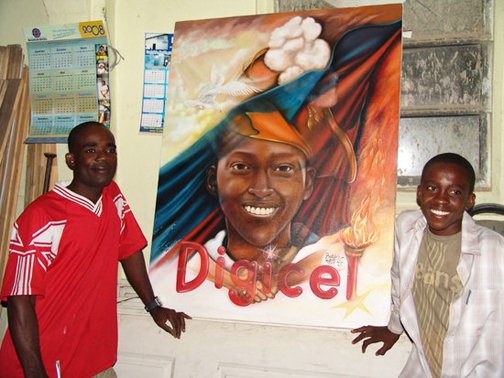 Heartfelt thanks from the Bay View to Sasha Kramer for sending both the audio and video files to us from Haiti. Here is another, an acoustic recording of Rosemond’s tribute to Father Gerry illustrated with pictures he chose that Haitians and freedom lovers everywhere will forever hold in their hearts. The photos are courtesy of Margaret Trost, Wadner Pierre and Sasha Kramer.