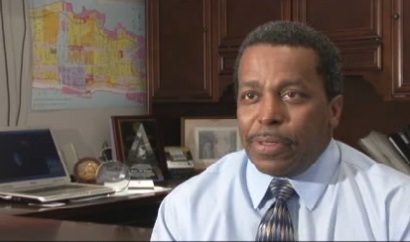 Geneva – The first report to reach the United Nations Human Rights Council since the U.S. decision to rejoin the U.N. body last April will highlight the discriminatory treatment of Katrina victims who have still not received permanent housing. The United Nations report, submitted by Special Rapporteur on Racism, Racial Discrimination and Xenophobia Doudou Diene, presents an overview of the United States’ compliance with international norms governing racial equality. It sets out several areas where the U.S. has failed to protect its citizens from racially discriminatory practices.

The report will be presented to the U.N. tomorrow just as the city of Biloxi, Mississippi, holds a vote to unilaterally decide whether to expel Hurricane Katrina survivors who reside in trailers within its city limits. The decision stands in stark contrast to President Obama’s recent order to reverse FEMA’s threats to confiscate the temporary dwellings of thousands of people displaced by Katrina and unable to secure permanent housing.

Ajamu Baraka, head of the U.S. Human Rights Network, notes that Biloxi’s municipal vote has implications on a much broader, international level: “As Biloxi prepares to exercise a civic vote with grave implications for a group of people already traumatized by internal displacement, the United Nations will on the same day present a report to the U.N. Human Rights Council that links the treatment of Katrina survivors to America’s failure to protect its citizens from racial discrimination. The Katrina evictions have attracted the attention of the world body, reminding us that they are not simply a matter of civic discretion but rather a question of fundamental human rights.”

The report of the special rapporteur on racism holds particular significance as the Obama administration moves to rejoin the U.N. Human Rights Council this autumn after years of boycotts by the Bush administration. The report cites among its recommendations:

“The Federal Government and the States of Louisiana, Alabama and Mississippi should increase its assistance to the persons displaced by Hurricane Katrina, particularly in the realm of housing. The principle that ‘competent authorities have the primary duty and responsibility to establish conditions, as well as provide the means, which allow internally displaced persons to return voluntarily, in safety and with dignity, to their homes or places of habitual residence’ should be respected.”

The issue of housing for internally displaced persons in America is certain to continue to figure in discussions before the U.N. Human Rights Council. Ajamu Baraka said: “We welcome the decision by President Obama to rejoin the U.N. Human Rights Council after years of isolation by the Bush administration. This policy of engagement should guide the U.S. in all of its treaty obligations, including the International Convention on the Elimination of All Forms of Racial Discrimination, also known as ICERD, for which the U.S. has yet to commit to a program of action.”

The U.S. Human Rights Network continues to press the U.S. for engagement in this and all international treaties that elevate U.S. law and policy to meet international standards.

The full text of the U.N. racism report can be found at http://www2.ohchr.org/english/bodies/hrcouncil/docs/11session/A.HRC.11.36.Add.3.pdf

Biloxi, Miss. – Despite President Barack Obama’s decision to allow residents living in FEMA trailers to remain in their trailers while the federal government partners with residents to find permanent housing, the Biloxi City Council is preparing to take action to kick these hurricane survivors out of their city. The Biloxi City Council will vote June 16 on an ordinance, backed by the City’s community development office, forcing FEMA trailers to be removed from residential zones by Aug. 9. Housing and human rights advocates have denounced the proposed ordinance as another step in the victimization and marginalization of survivors of Hurricanes Katrina and Rita – especially those who are disabled, low income, elderly, immigrants and people of color – by their elected officials.

Chuck Rogers, a long-time Biloxi resident, is currently living in a trailer on Redding Street as he works with Hope Community Development Agency, a community-based nonprofit working to find permanent homes for Katrina survivors, to redesign a new home for his lot. He is eager to move out of his trailer but now fears the City Council ordinance will set back his plans to rebuild, saying, “I’m just trying to do the best I can to build to the future.”

“I think it’s important that the city recognizes that everyone has not recovered completely from Katrina and that a number of people are still working on their homes,” said Ward 2 Councilman Bill Stallworth, an outspoken critic of the ordinance who also serves as executive director of Hope Community Development Agency. “It will be unconscionable for the city to throw its citizens onto the streets.”

“Biloxi will run afoul of the federal Fair Housing Act if the trailer occupants it displaces include high numbers of racial minorities, persons with disabilities or single mothers with children,” noted Reilly Morse, an attorney with the Mississippi Center for Justice.

The proposed move by the City Council comes in contrast to the Obama administration’s recent announcement to stall a planned eviction of families in FEMA trailers, instead deciding to sell a number of trailers for $5 or less to residents and provide $50 million in housing vouchers and federal housing case management to assist remaining qualified residents still in temporary housing to find their best options for permanent affordable housing.

The plan, which came about after significant protest and outreach by advocates and residents, was viewed as an important first step on Gulf Coast recovery by the new administration. Questions remain about how the administration plans to address the region’s remaining inter-related post-Katrina-Rita social, economic and environmental crises, especially after the U.S. Treasury Department’s recent decision to exclude Gulf Coast communities from key housing programs in the economic recovery package, affecting the construction of 10,000 much needed affordable housing units.

Advocates fear that such actions, if allowed to move forward, will not only be a major setback for residents rebuilding their homes and lives in Biloxi, but possibly for residents in other cities looking to enact similar ordinances to force out vulnerable residents still residing in FEMA trailers and unable to find permanent affordable housing.

Instead of removing residents from their land, these activists are urging elected officials to enact policies which protect the human rights of hurricane survivors by looking to the United Nations’ Guiding Principles on Internal Displacement, a human rights policy that, for several years, has guided the U.S. government in providing temporary and permanent homes for people in foreign countries who become displaced by earthquakes, typhoons and flooding and allowing survivors of disaster to participate in their recovery.

In order to ensure the human rights of hurricane survivors, they are also urging:

To learn more, contact Ajamu Baraka abaraka@ushrnetwork.org, the US Human Rights Network at www.ushrnetwork.org, Jeffrey Buchanan at Buchanan@rfkmemorial.org and Trinh Lee at tle@hopecda.org.

Jordan Davis verdict: Failure to convict Michael Dunn of first degree murder a travesty that must be rectified in second trial

No evictions: Gulf Coast residents can keep their FEMA trailers

Damaged roots in the fight for public housing?