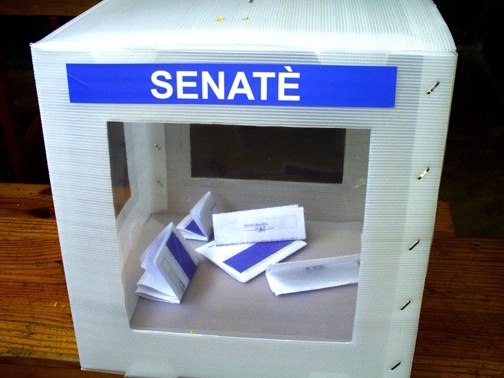 Yesterday’s boycott was called “Operation Closed Door 2” and urged voters to stay away from the polls. Rene Civil, one of the leaders of the successful boycott campaign, stated: “They have to hold the elections again and allow Fanmi Lavalas to participate or face having a parliament that is not recognized as legitimate by the Haitian people. They will swear them into office but no one is going to take them seriously.”

Buses and taxis operated throughout the day, unlike the first round of Senate elections held last April 19. Most voters did not take advantage of the lifting of the transportation ban and stayed home. Journalists in Haiti’s 10 departments continued to provide reports throughout the day of napping poll workers and near empty ballot boxes.

At one point Brazilian ambassador Igor Kipman arrived with a group of observers at a large polling station on the outskirts of the sprawling pro-Lavalas slum of Cite Soleil. Kipman’s menacing security staff and the visiting observers stood virtually alone in the facility as the ambassador commented, “These are great elections. I’m very happy with today’s results.” 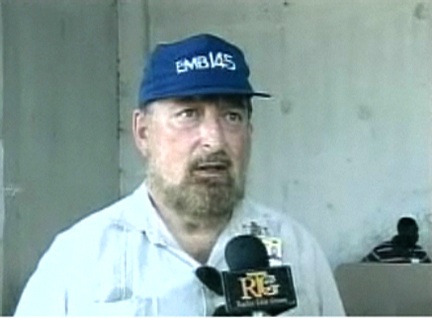 Agence Haitienne de Presse (AHP) summed up the situation on Sunday: “Indeed, the election was marked by very low participation perhaps more pronounced than in the first round at the national level. On 19 April, the Electoral Council had tried to explain the success of the first boycott by threats allegedly made against the elections, or because the transit system was not authorized.”

This report stood in contrast to the official English version of the elections provided by the Associated Press that sought to downplay the effect of the boycott, “Haitians fed up with chronic poverty and unresponsive leaders stayed away from Senate run-off elections Sunday, ignoring government efforts to improve on the paltry voter turnout that undercut the first round of voting in April.”

The Portuguese language daily Folha repeated assertions made by CEP president Gerard Frantz Verret that protesters handed out threatening leaflets during a funeral on Thursday for popular priest and Lavalas supporter Father Gerard Jean-Juste. The CEP official claimed that the leaflets “contained death threats against citizens who dare to vote.” 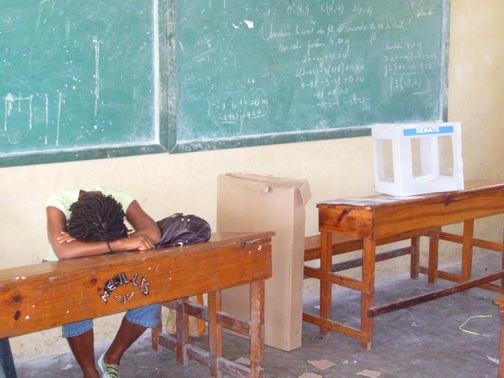 While no such leaflet was presented to back up the claim, Verret also demanded that the Ministry of Justice take “public action in motion against all those who undertake to invite the people to abstain from voting and against those who intend to endanger lives and property.” The move was widely seen as an attempt to intimidate members of the Lavalas Mobilization Commission, the organizers of the boycott, ahead of last Sunday’s election. While there were reports of sporadic violence and clashes between Preval’s ruling Lespwa party and its rivals at the polls, none of the incidents were related to the non-violent election boycott called by Fanmi Lavalas.

The international community and the Obama administration financed and endorsed the controversial elections. While exact figures are difficult to obtain, it is estimated that the two Senate elections cost over $17 million in a country were the average minimum wage is below $2 per day.

Kevin Pina writes for the Haiti Information Project (HIP), winner of the Project Censored 2008 Real News Award for Outstanding Investigative Journalism, and is Haiti correspondent to Flashpoints, heard weekdays at 5 p.m. on KPFA 94.1 and dozens of other stations. He can be reached at kp@teledyol.net.