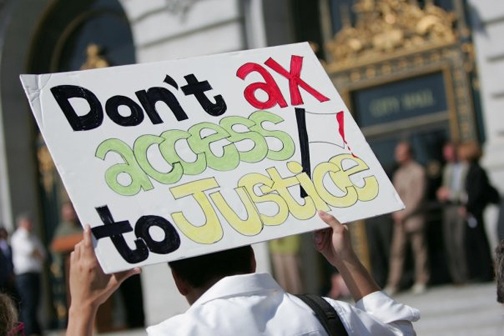 Few events reflect the priorities of elected officials more vividly than a budget crisis. It is during a budget crisis that policy-makers are forced to choose between the interests of powerful or popular constituencies and the needs of the less powerful and most vulnerable citizens. Presently, this drama is being played out in San Francisco, where social and legal services to the poor are being slashed while Police and Fire Department budgets are being protected. This Faustian bargain is displayed in Mayor Newsom’s proposal $1.9 million cut to the Public Defender’s budget, while adding $18 million to the Police Department budget.

As social conditions deteriorate, many families struggling to survive will become more desperate. In some instances desperation leads to criminal acts, resulting in larger numbers of indigent defendants necessitating the need for public defender services. Unfortunately, under the proposed budget, the City will maintain the capacity to generate arrests but not to provide legal representation to defendants, a right guaranteed by the Sixth Amendment to the U.S. Constitution. 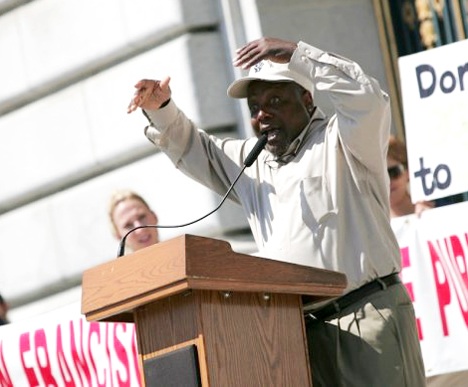 The benefits of superior defense practice have been proven in San Francisco. Under the leadership of Jeff Adachi, San Francisco is among the premier public defender offices in the nation. By pioneering practices that not only protect the rights of the criminal defendant at trial, the San Francisco Public Defender’s Office has extended its assistance to clients after their conviction and upon completion of their sentence.

For example, the much heralded Clean Slate program assists people with past criminal offenses to have their records sealed. This first of a kind program provides ex-offenders with the incentive and ability to fully achieve a meaningful and productive life by opening a path to employment and full citizenship that would otherwise be blocked by the lingering stigma of a criminal conviction.

Many people assume that defending citizens accused of crimes is simply a defense lawyer’s game of “getting them off.” Nowhere is this myth more thoroughly refuted than in San Francisco where the Public Defender’s Office, working with other city departments, led the effort to create the San Francisco Reentry Council.

Based in the Public Defender’s Office, the Reentry Council was a collaboration between multiple city agencies and community-based organizations that led to the establishment of an array of reentry services for people returning to the community following their period of incarceration. This past year, the Reentry Council became an official body of the City and County of San Francisco with a 21-member citizens’ commission.

On the juvenile justice side, the Public Defender’s Office has revolutionized defender services by protecting clients against abuse and negligence by the agencies responsible for their rehabilitation. For example, the San Francisco Public Defender’s Office was among the first organizations in the state to vigorously challenge the legitimacy of the California Youth Authority as a rehabilitative agency, by showing that it not only failed to deliver rehabilitative services but subjected clients to an environment of incessant gang violence and brutality. The exhaustive investigations conducted by the public defender staff established the cruel nature of daily life in these state institutions and led to reluctance among San Francisco judges to sentence youth there.

As a result of the Public Defender’s persistence, San Francisco has the lowest commitment rate to youth correctional institutions in the state and instead now relies on a rich array of community and residential options. The efforts by the San Francisco Public Defender staff to challenge the decrepit conditions in the state’s youth prisons were validated in 2004 following a lawsuit by the Prison Law Office, when the state of California, under Gov. Schwarzenegger, fully admitted the scandalous conditions present in these facilities.

Through these pioneering practices, the San Francisco Public Defender’s Office is also a national leader in the provision of juvenile justice services. No longer is the juvenile defense role simply to protect the child’s constitutional rights in determining guilt or innocence but now includes the critical role of scrutinizing client treatment and holding agencies accountable for the delivery of quality services. In the past few years, public defender offices throughout the nation have been scrambling to emulate the San Francisco model.

Under the proposed budget, the City will maintain the capacity to generate arrests but not to provide legal representation to defendants, a right guaranteed by the Sixth Amendment to the U.S. Constitution.

Daniel Macallair is executive director of the Center on Juvenile and Criminal Justice and is a member of the faculty of the Department of Criminal Justice Studies at San Francisco State University. This story first appeared at BeyondChron.org. 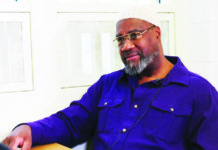 Jalil Muntaqim, recently paroled after 49 years, was arrested Friday and is facing re-imprisonment for completing a voter registration form 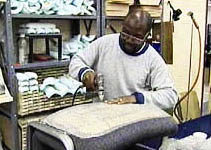 Strike the punishment clause from the 13th Amendment

We need to use our Black economic power