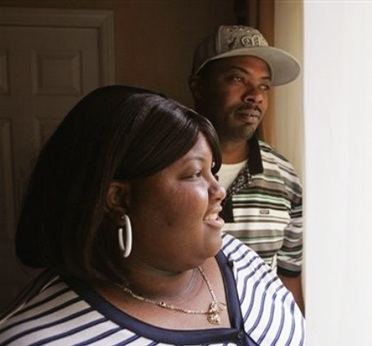 A family of Section 8 landlords, Riaz, Maryam and Mark Patras of Antioch, who have rented several homes to Section 8 families, are suing the City of Antioch and five members of its Police Department in federal court for civil rights violations, including loss of rental income, emotional distress, humiliation and loss of privacy. They are also alleging that the police department’s Community Action Team (CAT) used rough and illegal tactics to force the landlords to evict their Section 8 tenants, all of whom are African-American.

The Community Action Team was formed in July of 2006 to investigate problem properties and assist the local housing authority in policing Antioch’s subsidized housing sites. Antioch lies about 40 miles east of San Francisco.
Since its inception, CAT has faced many complaints by Section 8 renters and as recently as July of 2008, the Antioch Police Department was named in a federal class action lawsuit by the American Civil Liberties Union and Section 8 renters contending that CAT unfairly targets African-American families participating in the Section 8 housing program. Public Advocates, a civil rights advocacy group, and Bay Area Legal Aide, also involved in the class action suit, released a 41-page report in December 2007 that said, “Black families are four times more likely to be scrutinized by CAT than are white families.”

The Patras family lawsuit, Riaz Patras v. City of Antioch, is the third suit filed against CAT since it was formed less than three years ago.

“I have been renting to Section 8 families in the East Bay since 1997,” said Riaz Patras “and have never had a problem with them, except in Antioch when the police started paying me visits to tell me that they want me to evict all of my Section 8 families.”

“I’ve owned around 10 to 12 properties through the years and only own around five properties now. Times are hard, and I lost a few properties because of foreclosures in recent years. My Section 8 tenants are hard working families with children who have all been certified by the Housing Authority of Contra Costa County and have been qualified to reside in my rental properties. Their good people and they’ve never been a problem.” 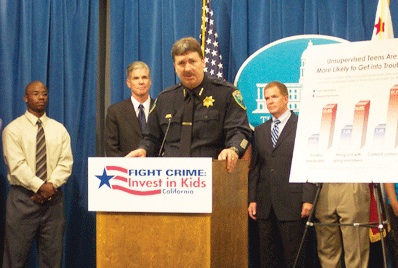 “I filed suit against the police department and the City of Antioch because I am being pressured not to rent to Section 8 tenants, and the cops are watching me very closely. We all have rights in this country, and I have been unfairly treated by the Antioch Police Department because they are trying to force me to evict all the African-American families from my properties. Looking back on what has occurred, I wish that I would have gone before the mayor and the City Council to complain about the way the Antioch police have been treating the citizens of Antioch,” said Patras.

Indeed, as alleged in the suit, the Antioch Police systematically intimidated, harassed and pressured the Patras family to evict their Section 8 tenants. CAT officers used guns to intimidate them and phone calls to harass them – pressure they call “Jim Crow tactics.”

According to court documents, during May or June of 2007 Officers Bittner and Schwitters knocked on the Patras family’s front door and pushed their way in when Riaz opened it. When Riaz demanded to see a search warrant, the officers claimed they did not need one and told Riaz that they had arrest warrants for landlords who failed to comply with their demands, which included 1) that the Patras family stop renting to “Black” people and 2) that they evict their “Black” tenants.

The Patras family alleges that the officers then threatened to arrest them if they did not provide the officers with the social security numbers of their Section 8 renters, their lease agreements, the number of people residing in each of their rental properties, information if any about the criminal history of the tenants and employment information.

Riaz Patras allegedly refused to give the cops any information, telling them to get it from the housing authority. In anger the cops allegedly roughed him up and handcuffed him on the spot in his own home, and one of the cops went upstairs to search Riaz’ office while he was handcuffed.

The suit alleges that Officers Bittner and Schwitters came to the Patras home six times to pressure the family to evict their “Black” Section 8 tenants and threatened them with criminal and civil actions if they did not comply. The officers allegedly came back to search their home a second time, including the adjoining garage and filing cabinets, all without a search warrant or consent and threatened to arrest Riaz Patras if he interfered with their search.

Matthew Kumin, a civil rights advocate and one of the attorneys representing the Patras family, told me by phone May 12: “I am horrified by what is going on with the police in Antioch and what has happened to the Patras family. The cops are going to claim that the Section 8 tenants behaved poorly and that they’re just doing their job. But I believe that the cops are going after the Section 8 tenants for being Black. The real story is how the citizens of Antioch are supporting the police in their efforts to run Black families out of Antioch.”

Kumin wrote in a May 1 release: “It’s unfortunate and tragic that more than 40 years after the passage of the Civil Rights Act we still see systematic and racially motivated tactics by a city police department. Even in the Bay Area, it’s surprising that institutionalized racism continues.”

Around 4.7 million seniors, peoples with disabilities and low-income families are assisted by rental subsidies through the Section 8 Housing Choice Voucher Program across the nation. The Patras lawsuit, Case No. CV-09-1891, will be back in federal court on Sept. 14.

Lynda Carson may be reached at tenantsrule@yahoo.com. This story was first published on Indy Bay News Wire.