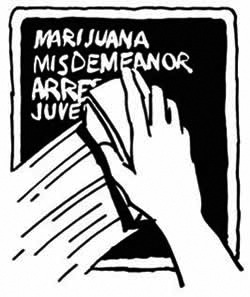 “Our clients’ legal problems are often the symptoms of larger social issues – drug addiction, mental illness, homelessness, unemployment – that cannot and should not be ignored. By addressing the social service needs of our clients, we obtain the best outcome for our clients, their families and our entire community. This not only saves the city and state millions of dollars, it ultimately saves lives,” Deputy Public Defender and Reentry Unit Manager Simin Shamji said.

Reentry is a cornerstone of the interdisciplinary legal defense team approach employed by the Public Defender’s Office. Reentry social workers and deputy public defenders provide a vigorous legal defense by addressing underlying and contributing social and behavioral health needs. Reentry social workers have extensive knowledge of San Francisco social services and treatment networks, as well as deep relationships with the social services staff and directors to which they connect their clients. They also provide legal advocacy in the form of offering alternatives to incarceration, based on a clients individual circumstances and demonstrated need.

The Public Defender’s Office engaged LFA Group to evaluate clients’ legal and social outcomes as a result of their engagement with Public Defender’s Office reentry social workers. The evaluation consisted of review of randomly-selected case files whose cases were filed in court between May 1, 2007, and December 31, 2007, and resolved by the fall of 2008. According to the report:

· Nearly all Reentry clients experience some form of victory through their participation in Social Work Services. Of the clients with some type of victory during their engagement with Reentry Social Work Services, almost all (98 percent) saw improvement in their legal cases over the likely sentence they would have faced without Reentry Social Work Services: these defendants had less severe sentences – for example, jail instead of prison; community-based program or probation instead of jail – and in some cases shorter sentences, and experienced other legal victories such as early release from a jail sentence. They also experienced personal and social successes such as becoming ready to seek drug treatment.

· The impact of Reentry Social Worker support is evident even beyond sentencing. A majority (59 percent) of Reentry clients sentenced to jail were awarded early release from San Francisco County Jail.

Public Defender Jeff Adachi presented the results of this study and two others, the Children of Incarcerated Parents Program and Clean Slate Program, to the San Francisco Board of Supervisors Public Safety Committee hearing on May 18. All three reports can be found on-line at www.sfpublicdefender.org.

The mission of the Public Defender’s Office is to provide vigorous, effective, competent and ethical legal representation to persons who are accused of crime and cannot afford to hire an attorney. Established in 1921, the San Francisco Public Defender has a long, proud history of providing top-notch representation to its clients and championing programs that help people turn their lives around.