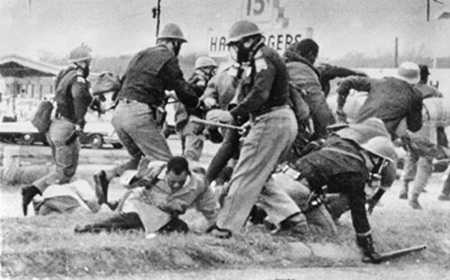 “In a decision announced this morning, the Supreme Court upheld the 1965 Voting Rights Act – a law that has done more to expand and strengthen our democracy than any other,” said Donna Brazile, who learned first hand as Al Gore’s campaign manager in 2000, the first election stolen by George W. Bush, mostly by suppressing the Black vote. “It’s good news – but the fight to protect voting rights doesn’t end there. Attacks on this critical law will not stop. And voter suppression tactics will continue to plague our elections.”

The Court agreed in part with the plaintiff, Northwest Austin Municipal Utility District No. 1 in Austin, Texas, which is backed by a conservative group opposed to the law, ruling that it can apply to opt out of the advance approval requirement in the law, reversing a lower federal court that found it could not, the Associated Press reported.

That requirement applies in 16 mostly Southern states with a history of discrimination in voting; they must get approval prior to making changes in the way they conduct elections.

But the Court rejected the plaintiff’s challenge to the constitutionality of Section 5, the core provision of the Voting Rights Act. Congresswoman Barbara Lee of Oakland, chair of the Congressional Black Caucus, stated: “By an overwhelming 8 to 1 majority, the Supreme Court has rejected an attempt to turn the clock back on civil rights and acknowledged Congress’ authority to protect the right to vote.

“With the exception of Justice Clarence Thomas, the justices of the Supreme Court understand the importance of the Voting Rights Act and the progress this country has made since 1964.” Explaining his vote, Thomas said, “The violence, intimidation and subterfuge that led Congress to pass Section 5 and this court to uphold it no longer remains.”

“(Chief Justice John) Roberts himself noted that blacks and whites now register and turn out to vote in similar numbers and that ‘blatantly discriminatory evasions of federal decrees are rare.'” In an apparent attempt to downplay today’s ruling as an affirmation of Section 5, Roberts, who wrote the majority opinion, said that larger issue “is a difficult constitutional question we do not answer today.”

In his opinion, Roberts wrote, “The historic accomplishments of the Voting Rights Act are undeniable.” Commenting on it today, he added, “Past success alone, however, is not adequate justification to retain the preclearance requirement.”

“As a result of today’s ruling, the Voting Rights Act and its ‘preclearance’ provision remain effective tools in this nation’s ongoing struggle to guarantee an equal vote to all, regardless of race,” declared Congresswoman Lee, signaling that any attempt to further weaken the law will be vigorously opposed.

The violent history of the Voting Rights Act, considered by Martin Luther King Jr. as one of his movement’s crowning achievements, saw 600 marchers brutally attacked by police as they crossed the Edmund Pettus Bridge outside Selma, Alabama, March 7, 1965, on their first of three attempts to march to Montgomery. That day will forever be remembered as “Bloody Sunday.”

“The 1965 Voting Rights Act is the crown jewel of federal civil rights laws,” writes Abigail Thernstrom, vice chair of the U.S. Commission on Civil Rights, in the right-wing National Review.

“(B)lack ballots were the levers of change that white supremacists most feared. Enfranchisement, they knew, would turn African Americans into true citizens.” 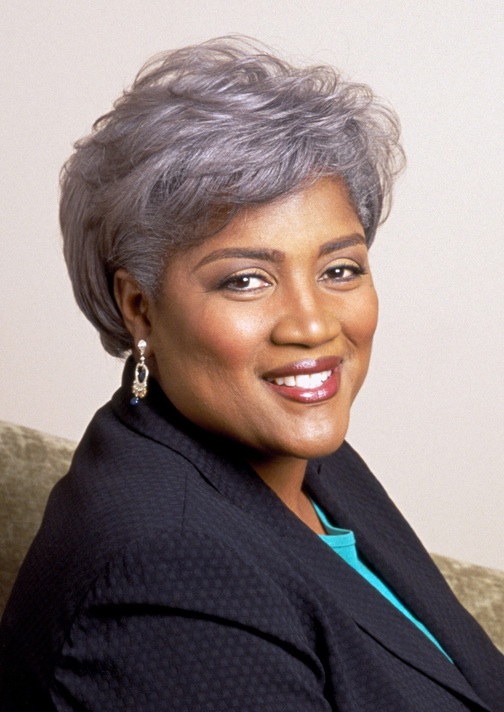 Arguing that the law is no longer necessary, she notes: “In February 2008, voters in an Alabama county more than 96 percent white sent a black man, James Fields, as their representative to the state House of Representatives. ‘Really, I never realize he’s black,’ a white woman, smiling, told a New York Times reporter. How many Americans today look at the president and think, ‘black’?” She didn’t say whether she’d asked any Black people.

Thernstrom, described by the National Review as the one who “wrote the book on the Voting Rights Act,” opines that “black politics has come of age, and black politicians can protect their turf, fight for their interests, and successfully compete even for the presidency, it turns out. It’s a new world.”

Wondering why the Court avoided ruling on the constitutionality of the Section 5, Walter Dellinger on Slate.com  speculated: “One additional factor that might be at work is the pendency of the white New Haven firefighters’ suit, Ricci v. DiStefano. If the court is going to use that case to make a significant change in the civil rights jurisprudence known as disparate impact analysis – and we will know that soon – some justices might have been hesitant to strike down significant and long-standing remedies under both Title VII and the Voting Rights Act back to back. Substantially revising two pillars of the civil rights structure in a single week might have been too much at once.”

NAACP Legal Defense and Educational Fund (LDF) Director-Counsel John Payton observed, “The entire thrust of LDF’s argument was that Section 5 remains critical to our democracy and, however grudgingly, the Court acknowledges that in its opinion today. … Section 5 of the Voting Rights Act protects and shields the rights of minority voters from discrimination. Section 5 has long been symbolic of our nation’s long and unsteady march toward greater political equality. Without its protections, our nation would unnecessarily face the grave risk of significant backsliding and retrenchment in the fragile gains that have been made.”

The Court’s ruling today ensures that voters of color will continue to have the safeguards provided by the Section 5 preclearance process. Although the Court expanded the number of places that can seek to “bail out” or exempt themselves from preclearance, no Section 5-covered jurisdiction can do so without demonstrating a clean bill of health for a 10-year period.

The bailout provision has proven workable and achievable for those jurisdictions that have sought it. It remains to be seen how the Court’s interpretation of the bailout provision will impact enforcement of Section 5. If, for any reason, today’s ruling renders Section 5 unworkable in the future, Congress could always amend the statute.

“The utility district brought this case to tear out the heart of the Voting Rights Act. Today, it failed. The Voting Rights Act remains one of Congress’s greatest legacies,” said LDF Director of Litigation Debo P. Adegbile, who argued the case on behalf of appellee-intervenors.

“In the wake of an historic election, it’s easy to reflect on how far we’ve come,” concluded Donna Brazile. “But our democracy is still a work in progress.

“Despite today’s good news, it’s clear that this isn’t the end of the legal attacks on the Voting Rights Act – and that the next case could result in the Supreme Court striking down a key protection.

“It’s time to recommit ourselves to the fight to protect voter rights and reform our electoral system so that no American is ever denied or deterred from the right to vote.”

This story was compiled by Bay View staff from a variety of sources.