“Strength does not come from physical capacity. It comes from indomitable will.” – Mahatma Ghandi

“Never believe that a few caring people can’t change the world. For, indeed, that’s all who ever have.” – Margaret Mead 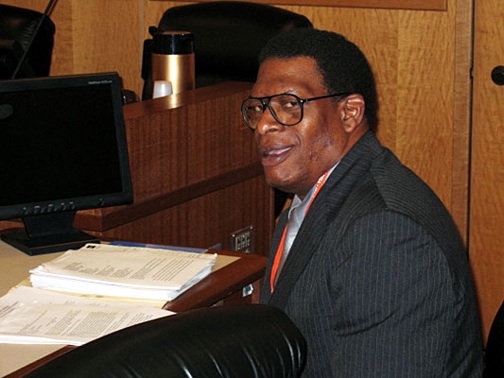 Due to the presence of hazardous materials, the Hunters Point Shipyard was placed on the National Priorities List in 1989 designated a federal Superfund site pursuant to the Comprehensive Environmental Response and Liability Act (CERCLA). Under CERCLA, the U.S. Navy can conduct emergency and time critical removal actions – called TICRAs – to expedite the removal of hazards to human health and the environment at the shipyard.

The Hunters Point Shipyard Restoration Advisory Board (RAB) was formed as a result of Congressional legislation under jurisdiction of the Base Realignment and Closure Process. The Hunters Point RAB is an elected body with a volatile history of advocating on behalf of the environmental health, public safety and economic development of the Bayview community. Indeed, meetings of the RAB were held in the community room of the Bayview police station for years despite community objection.

In 2001 monthly RAB meetings were relocated to historic Diego Mary’s restaurant overlooking the shipyard entrance and the San Francisco Bay. Bartenders at Diego Mary’s were instructed not to serve alcohol to RAB members during fierce debates with representatives of the U.S. Navy, the Environmental Protection Agency and other state and federal regulatory agencies.

The National Contingency Plan, the regulation that governs the cleanup of a toxic site, establishes community acceptance as one of its nine principal criteria. On Nov. 7, 2000, 87 percent of the San Francisco electorate voted in support of Proposition P, a declaration of policy calling for environmental cleanup to residential standards for the Hunters Point Shipyard to enable its unrestricted use. 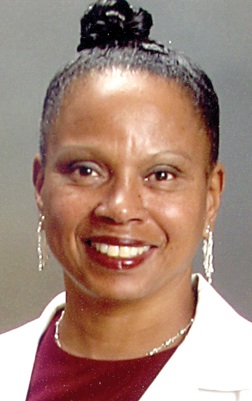 In a letter dated May 22, 2009, Navy representatives announced their intention to dissolve the RAB. This is not the first time the Navy has threatened to take this action. Indeed, whenever a critical impasse has arisen regarding key shipyard cleanup matters, a threat to disband the elected body recognized by Congress as the legitimate organized voice for public comment, dissent and scientific debate has been made.

During a press conference Monday, June 22, inspired by the people’s revolution in Iran, President Barack Hussein Obama affirmed that “those who stand up for justice are always on the right side of history.” Let history in Bayview Hunters Point memorialize the role that environmental justice pioneers like Espanola Jackson, Marie Harrison, Raymond Tompkins, Lynne Brown and Willie Ratcliff have played in fueling the eternal flame of the “green” revolution in southeast San Francisco.

Also on that day, Monday, June 22, over 2,000 miles away, First Lady Michelle Obama visited Bret Harte Elementary School in Bayview Hunters Point. Her decision was made with four days advance notice and minimum fanfare, according to the San Francisco Examiner.

What the local mainstream media failed to report is that beginning in January 2009, numerous letters, phone calls, emails and faxes were directed to the White House, top administrators of the federal EPA – including Director Lisa Jackson and Federal Facilities Director John Reeder – the Agency for Toxic Substances Disease Registry (ATSDR) and the National Institutes of Environmental Health Sciences urging the federal government to investigate the documented exposure of children attending daycare centers and schools within a one-mile radius of the shipyard to airborne toxins generated by both Navy operations and the negligent activities of the corrupt developer, Lennar Corp.

Those communications included a list of schools and daycare centers located within one mile of the Hunters Point Shipyard as well as a unanimous resolution passed by the San Francisco Board of Education in 2007 calling for a halt to grading and construction activities conducted by Lennar. That resolution garnered the full support of the Board of Education despite opposition testimony by San Francisco Department of Public Health Director Mitchell Katz and a comical demonstration led by Rev. Amos Brown and the financially invested ministers of Lennar’s Tabernacle Group.

The school board resolution was predicated on testimony by parents, teachers, students, principals, building and grounds personnel and DPH public health nurses who documented an increased incidence of asthma, headaches, nosebleeds and school absences temporally correlated with the onset of Lennar’s earthmoving and grading activities in 2006.

In February 2009 the Obama administration EPA announced its plans to monitor the air quality of selected schools in the nation. A request was made by this author to EPA Director Lisa Jackson to include Bayview Hunters Point schools in such a program, given their proximity to a toxic federal superfund site. Sen. Barbara Boxer generated an email in February 2009 indicating her role in selection of candidate schools. Boxer’s staff reportedly met with representatives of the San Francisco Department of Public Health. In a May 18, 2009, letter to Alicia Schwartz of POWER, Boxer reaffirmed her commitment to protecting residents from toxins released into the environment by Lennar’s construction activities.

In a letter dated Feb. 11, 2009, William Cibulas Jr., Ph.D., a captain with the U.S. Public Health Service and director of Health Assessment for ATSDR, wrote:

“Thank you for your January 28, 2009 email to ATSDR regarding your concern for community residents and children attending one of the schools or daycare centers within one mile of the Hunters Point Shipyard, Parcel A, in San Francisco. You indicate your concern is due to the level of asbestos detected at a community air monitor adjacent to a residential complex on Donahue Street between December 28th and December 30th 2008. This letter is sent to confirm our receipt of your petition request and provide information about how your request will be addressed.”

Bret Harte Elementary School, where Mrs. Obama made her first San Francisco appearance as the nation’s first lady, is one of the schools located within that one-mile radius of shipyard activities. Located on Gilman Avenue, it houses 350 children aged 5 to 10 years up to six hours a day. Bret Harte pre-K houses an additional 215 children aged as young as 3 years old.

The visit by the nation’s first lady closely followed a meeting held between Bayview community leaders and representatives of the federal EPA on Thursday, June 18, to discuss the continued exceedances in toxic dust at the shipyard as documented by Department of Public Health on-line air monitoring data and the Bay Area Air Quality Management District (BAAQMD). Between May and June of 2009 alone, five exceedances in asbestos levels triggering action by the Bay Area Air Quality Management District are documented at BAAQMD air monitor HV 4.

According to Minister Christopher Muhammad, Restoration Advisory Board community co-chair Leon Muhammad and long time RAB member Marie Harrison, who attended the meeting, the federal EPA produced a letter opposing the recent decision by the Department of the Navy to dissolve the Hunters Point RAB.

“On this 100th anniversary of Fathers Day take a moment to celebrate the men who’ve had the courage to step up, be there for our families and provide our children with the guidance, love and support they need to fulfill their dreams.” – First Lady Michelle Obama in an email to asumchai@sfbayview.com

After clearcutting hundreds of trees from a once beautiful hilltop residential neighborhood in the Hunters Point Shipyard, Lennar and its subcontractors leveled that hill – removing 30 feet of earth in a massive earthmoving operation without adequate dust control and without legally required dust monitoring.

In a letter dated Aug. 20, 2007, to Kofi Bonner of Lennar/BVHP LLC, DPH Director of Environmental Health Rajiv Bhatia issued a Notice of Violation (NOV) to Lennar based on inspections conducted that month to verify compliance with the Dust Control Plan.

Despite issuance of a NOV in 2007, the San Francisco Department of Public Health, influenced by its conflict of interest activities with Lennar, elected that same year to omit the posting of air monitoring data from community monitors HV 9 and 10 when a series of astronomical exceedances in asbestos levels threatened to shut down Lennar’s operations.

DPH representatives argued the exceedances were the result of Navy operations and nearby trucking routes and could not be used to influence actions taken against the developer. Lost in the DPH reasoning was the human health and safety impact the neglected elevations in asbestos posed to the surrounding community and regions downwind of the toxic dust, including West Oakland!

As a result of this decision, and fueled by outrage generated by DPH efforts to conceal asbestos exceedances that occurred during the final weeks of the Lennar funded Proposition G campaign, the Hunters Point Shipyard Restoration Advisory Board voted unanimously in January 2009 to remove long time DPH regulator Amy Brownell from her permanent regulatory seat.

In June 2009 emails to Patrick Monk, R.N., and this author, the ATSDR affirmed its commitment to “evaluate human exposure to hazardous substances released into the environment and to stop or prevent such exposures to protect public health.” ATSDR is a non-regulatory federal public health agency within the U.S. Department of Health and Human Services, created by Congress in 1980 by Superfund legislation.

In 1994, ATSDR published a public health assessment for the Treasure Island Naval Station that identified the potential for exposure to hazardous substances from methane pockets in the Parcel E landfill as well as soil, groundwater and airborne contaminants.

In November 2000, the U.S. EPA requested that ATSDR evaluate sampling related to the 14-acre Parcel E landfill that burned for six hours on Aug. 16, 2000, and continued to smolder for more than a month. The Navy, with assistance from the San Francisco Department of Health and other authorities in city government, attempted to minimize and conceal the Parcel E landfill fire. ATSDR determined that components released from the fire could have caused short term adverse health effects in people exposed.

In 2007, ATSDR reviewed the evaluation conducted by the California Department of Public Health site assessment investigation of grading and earthmoving operations at shipyard Parcel A. In a letter to Rajiv Bhatia, M.D., they wrote, “ATSDR concurs with the essential findings, conclusions and recommendations made by CDPH regarding asbestos and dust levels. There was clear evidence that levels of asbestos exceeded mandated thresholds at both the fence line and in the community. The concentrations of dust could not be interpreted because of the sampling methods.”

District 10 supervisorial candidate Espanola Jackson announced at a June 18, community meeting that the federal EPA prioritized over 600 schools nationwide for the air monitoring program. No schools in Bayview made the list for reasons grounded in the cruel and inhumane politics surrounding Lennar-led city government efforts to “dirty transfer” the shipyard to avoid the public and regulatory input in cleanup to health-based standards required for federal properties on the National Priorities List under the Superfund (CERCLA) Act.

Signaling a new era in environmental enforcement, however, on June 17, the U.S. EPA accepted a complaint of racial discrimination filed by former RAB Community Co-chair Lynne Brown against San Francisco Redevelopment Agency activities at the Hunters Point Shipyard submitted in 2004.

On that same day, the Asbestos Disease Awareness Organization released the announcement that for the first time the EPA had declared a public health emergency under CERCLA in Libby, Montana, where hundreds of cases of asbestos related disease were documented in the years 1979 through 1998 in two towns exposed to naturally occurring asbestos.