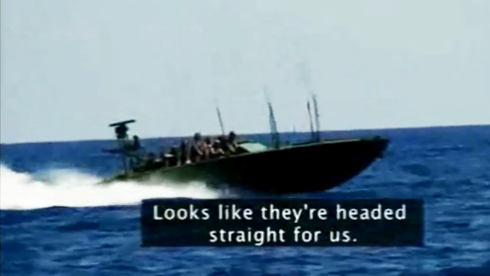 Cynthia McKinney, the people’s advocate, former congresswoman and presidential candidate, forwarded this video on Sunday morning, July 12, with these words: “Just a note to let you know that video is available thanks to Ismahil, videographer with Ricenpeas.com and Kathy Sheetz, one of my new Free Gaza sisters.”

Back from a harrowing journey to the Palestinian territories, former U.S. congresswoman Cynthia McKinney sits down with Press TV to expound on why she made her voyage.

McKinney, accompanied by 20 other activists, traveled aboard a boat named “Spirit of Humanity” on a journey to the blockaded Gaza Strip.

The Israeli Navy, however, intercepted the ship and took the former U.S. presidential candidate along with all members of the high-profile “Free Gaza 21” group into custody on June 30. 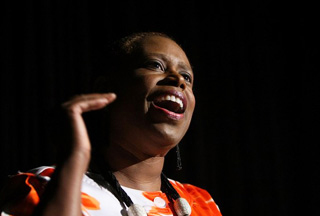 In an exclusive interview with Press TV correspondent Colin Campbell in Washington, McKinney said she and her fellow humanitarian relief workers were held illegally at Givon prison in Israel and were told to make false confessions.

“We were imprisoned. We were forced to stay in prison. They told us to say that we had violated the laws. We violated no laws,” she said.

According to McKinney, the cargo of “Spirit of Humanity” consisted of medicine, olive trees and crayons.

The medicine, destined for the nearly 1.5 million residents of Gaza who have been suffering from an Israeli blockade for around two years, was confiscated.

“As long as there remains injustice, then there have to be some people who are committed to correcting the injustice,” she explained regarding her reason for the journey.

Cynthia McKinney arrived back in the United States on Tuesday after she was deported from Israel.

According to McKinney, Israeli officials sought to force her into signing a document that she would never return to Gaza. The former congresswoman told Press TV, however, that she did not sign the document.