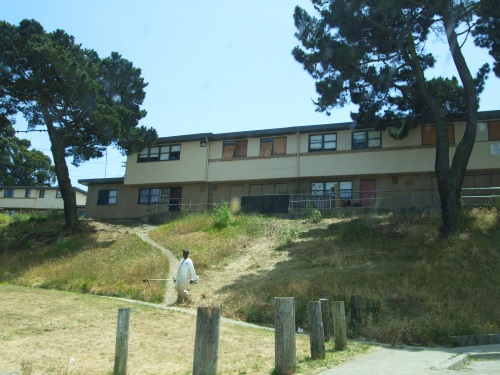 The San Francisco Housing Authority plans to tear down thousands of homes in public housing and give the projects to Bridge Housing, the John Stewart Co. and Mercy Housing to prey on the poor and gentrify the areas. Bridge will have Potrero public housing, John Stewart has already started executing its plans at Hunters View in Hunters Point and Mercy Housing is waiting for the green light to gentrify and make hay while the sun shines at Sunnydale. Where are the people? They are fast asleep!

The San Francisco Housing Authority has one of the worst records in the nation. Ask former Mayor Art Agnos and he will tell you the truth. Current Mayor Gavin Newsom, aided by District 10 Supervisor Sophie Maxwell, Doug Shoemaker of the Mayor’s Office of Housing and others, call their plan HOPE SF, a local version of the federal HOPE VI program that replaced low income housing with mixed income housing, driving the poor out of neighborhood after neighborhood around the country, including San Francisco.

The John Stewart Co. employs over a thousand people and controls thousands of rentals in the Presidio of San Francisco, Treasure Island and the Tenderloin. So why, may I ask, given this property management company’s control over so much, is more given to them to prey upon the poor and make money at the expense of the taxpayers? Why? Many of those who cooperate with them have no idea how they are adversely impacting those who really need help.

The City and County of San Francisco and Doug Shoemaker have been pandering to Bridge Housing, the John Stewart Co. and Mercy Housing for years. No meaningful dialog has been held in the public housing projects. While the people do not trust these crooks, no one has been bringing them together to discuss the truth. 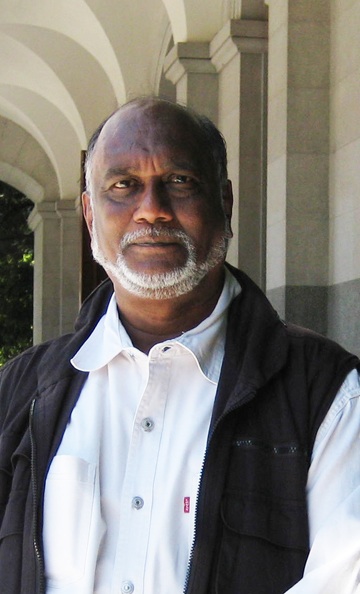 Right now in Hunters View, fewer then 20 percent of the homes are occupied. The rest are all boarded up. The present housing, consisting of about 267 apartments, is slated to be torn down. Right now there is lots of open space.

The plan is that once the units are torn down, over 867 new units would be built. Right now there are three-, four- and even five-bedroom units. The two-bedroom units have large rooms. The apartments planned to replace them would be smaller, with smaller bedrooms.

Now all of the buildings are not more then two stories. John Stewart’s plans call for dense housing – six- and eight-story buildings with little open space. The scene is supposed to be repeated at Potrero and Sunnydale, all according to the same plan: Remove the poor and gentrify the place.

The communities would be gated and applicants screened; only those the developers choose to come and live at the sites would be accepted. For sure these developers do not want to have anything to do with poor Black folks especially. The shame and scandal is that today many Blacks are selling out the community – and the few promises made will never be kept.

Left out of the equation are the Samoans. In recent years hundreds have been evicted, others given vouchers to go live elsewhere. The developers would most likely not allow them to return to Potrero, Hunters View or Sunnydale.

Many Samoans have lived in public housing for three and four generations and know of no other housing or areas where they can move. Once they find alternative housing, many cannot cope with the high rents and other costs; they default and find themselves living on the streets.

The same with the African Americans, whose families have survived because of the hard work of the grandfathers and grandmothers. The influx of crack cocaine has taken a toll on family solidarity.

The City and County of San Francisco provided most people in public housing with few opportunities. Jobs were rarely held and decisions rarely made by residents. So, locked out of the economy and forced to be hungry, many young Black and Samoan men and women took it upon themselves to survive, whether by selling drugs or getting involved in other nefarious activities, such as stealing, prostitution, gambling and so on.

Mayor Gavin Newsom’s HOPE SF is a joke that smacks of gentrification. He often says that he cares for the poor and the homeless, but the opposite is the truth. This poor fellow aspires to be the next governor of California. He has with intent destroyed San Francisco. The city budget he has presented denies help to those who need it most, including the mentally challenged and the homeless.

On June 15 in Room 263 at City Hall, at the Land Use Committee hearing, there was not one single person from the Hunters View community to listen to the deliberations. I happened to be there and could not believe the LIES spewed out by the John Stewart Co. representative. I wondered why again and again we have White folks trying to tell Black folks and other poor folks what is best for them. 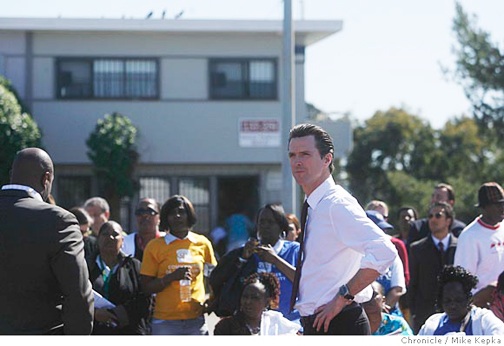 Why cannot people of color develop and build homes? Washington, D.C., was built by Blacks. For sure the White House was built by slaves. We have Black and other contractors who can build – and would hire their crews from the community. But again and again crooks like the John Stewart Co. are brought in to inflict untold misery on poor folks.

Mercy Housing and Bridge Housing are no better. All these developers expect to get money from the federal and state governments to carry out their devious plans. These crooked developers do not care about the poor people and families who need help the most.

None of them believe in empowering poor people to determine their own destiny. They see the areas in question as the last frontier, and they want to make a fast buck. They would have started their projects long ago, but California’s sad fiscal situation slowed the process. Now the stimulus package is being used to give money to these rogue developers.

San Francisco’s Housing Authority, Redevelopment Agency and Mayor’s Office of Housing do not really care about providing affordable housing for San Franciscans. I could give you the example of Apartment Investment Management Company (AIMCO), which controls hundreds of affordable apartments in Hunters Point. I with others helped give the residents living in All Hallows, Shoreview, Bay View and LaSalle complexes some hope.

A good man, Ruben Santana, decided to help AIMCO after AIMCO screwed up the renovation work it was obligated to perform. Residents and workers were shot at and some died on the jobsite. Now that Santana has completed the job and put the project on track, AIMCO is holding on to millions and refusing to pay Rubecon, his company.

We, the community, do not want these rogue developers hovering in the areas we live and tearing down our homes, then building gated communities and initiating gentrification.

In the interim, thousands of homes in San Francisco, including many in Bayview Hunters Point, are in foreclosure. No attempt has been made by Doug Shoemaker on behalf of Mayor Gavin Newsom to save these homes. Why not help the home owners keep their homes – they are San Franciscans? Why not buy the homes that are already vacant and save them from falling into disrepair? Why instead help a rogue property manager such as the John Stewart Co.?

The Supervisors sitting on the Land Use Committee think Supervisor Sophie Maxwell is innocent, but she and Mayor Newsom have blood on their hands from years of helping Lennar to kill our children and elders with poison dust from the Hunters Point Shipyard. And they still bend over backwards to help crooked developers like Lennar and the John Stewart Co.

When will this nonsense stop? In the meanwhile, the community remains sound asleep. Most of the residents of public housing know little about what is really happening. Others are given some bread crumbs that they are made to stoop low, then crawl to retrieve.

It is time for a public forum where Bridge Housing, Mercy Housing and the John Stewart Co. tell us, the public, where are they getting their funding. They should explain to us, the public, their business plans. We must insist they tell us what they have to offer in terms of employment and empowerment to those who should be building and living in the new homes – if the old ones are demolished and replaced.

We the public need to know the details of HOPE SF. I see it offering no hope but instead the fear of being left out and kicked out.

When the people arise – just as they have in Iran and Honduras – there is no telling what will happen. 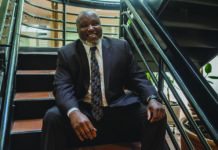 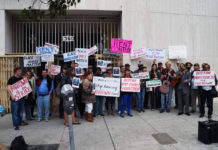 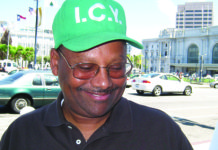 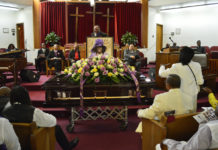