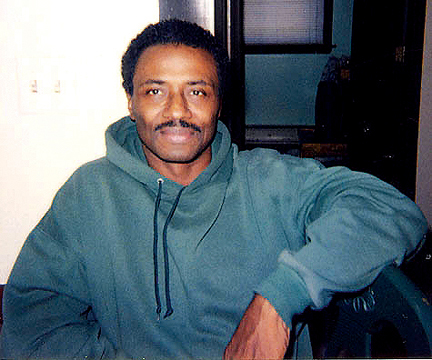 The news presently on all the dials and stations and headlines is the death of one of my personal icons, Michael Jackson, who died suddenly last week, June 25, from cardiac arrest. He was 50. His birthday, Aug. 29, is shared by my cousin, Jeffery Lewis, and my friend, Karla Brundage.

The date is also the anniversary of Hurricane Katrina. It is the day after Martin King gave his famous “I Have a Dream” speech, which celebrated its 45th anniversary last year, the day President Obama accepted the Democratic nomination for president.

However, off the radar is a critical turn in an important case, the San Francisco 8 (SF8) a case involving initially eight former members and associates of the Black Panther Party who were charged in a shootout at the Ingleside Police Department in San Francisco – also on Aug. 29, the year 1971. In this shooting, a policeman was killed.

What makes this case unique is the fact that in the pursuit of “justice,” the San Francisco Police Department rounded up Black Panther Party members throughout the country and extradited three of the men charged in San Francisco to New Orleans, where the FBI and SFPD watched NOPD torture them in 1973. Subsequently, the evidence and case were thrown out. This was 30 years ago. One of the men, John Bowman, has since died. Another, Richard O’Neal, was cleared of all charges. The film, “Legacy of Torture,” produced by Freedom Archives, www.FreedomArchives.org, looks at the use of torture in this case.

The grand jury stated that evidence extracted through torture was inadmissible. Fast forward 30 years: Jerry Brown is elected California’s new attorney general and he revives this case. The men, now in their 50s, 60s and even 70s, are rounded up from across the country Jan. 23, 2007, two men, Herman Bell and Jalil Muntaqim (Anthony Bottom), brought from New York where Bell has been incarcerated in New York since 1973 and Muntaqim since 1978 and charged with the murder.

Preliminary hearings to decide whether the case will go to trial begin Monday, July 6, in San Francisco Superior Court, 850 Bryant St. at Seventh Street. A rally to drop the charges begins at 8 a.m. and 9 a.m. is the hearing. Visit http://www.freethesf8.org/ and http://freethesf8.blogspot.com/.

A few days ago, Herman Bell accepted a plea bargain from the prosecution and will be returning to New York for his parole hearing as soon as California gets him on a return flight. The news was greeted soberly and from some quarters with bemusement. 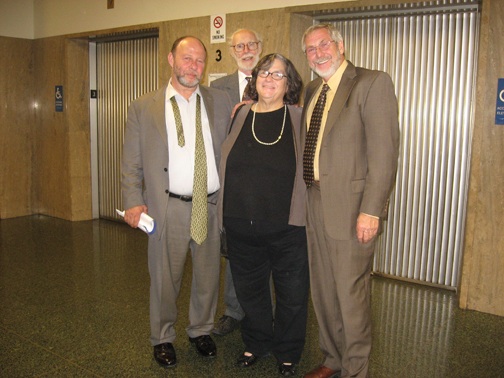 What does it mean to the other SF8 plaintiffs’ case when one of its plaintiffs seemingly jumps ship and confesses to the crime: possession of arms and being present at the Ingleside police station the night a policeman was killed? Even though one of the stipulations to the plea was that the prosecution cannot call Bell as a witness, unless he agrees, gone is an opportunity for him to be a character witness for Jalil Muntaquim.

As the SF8 posse, about 50 strong, sat behind Bell to the right of the bench – our side a lot more packed than the other side, which only had five or six guys in suits, clearly lawyers – Herman Bell’s attitude was somber.

It’s a heavy thing to confess to a crime one didn’t commit.

I watched Bell, dressed in red, glasses perched on his slender nose, but I couldn’t imagine what was going through his mind as the prosecution stated the terms of the agreement and then his attorney, Stuart Hanlon, restated these terms, emphasizing certain aspects which he felt weren’t clear, like the 12 months in county jail, the court fees, Bell’s transport back to New York State, and Bell’s protection from self incrimination as a state witness.

What I didn’t understand, after Bell waved his rights under oath and confessed to the crime — voluntary manslaughter for his role in the killing of San Francisco police officer John Young on Aug. 29, 1971, was what was meant when the judge stated certain circumstances which would void the current agreement and allow Bell to recant the plea of guilty. The second charge faced by Mr. Bell, conspiracy to kill the policeman, was dismissed.

Dressed in a red jumpsuit, seated next to his attorney, Stuart Hanlon, Herman Bell must have been anticipating his return to New York; I wondered when. After 36 years behind bars, the possibility of missing his parole date, something he’d been waiting for for a long time, something he hoped to have approved this time around, probably filled Bell with mixed emotions, sad for the plaintiffs he leaves behind, yet excited as his decision Monday places him that much closer to freedom. He’ll supposedly be on probation for five years – that was part of the plea bargain – but that might be a moot point also, given the fact that he is going to be outside California.

At the time of the crime, Aug. 29, 1971, sentences were harsher and longer, both prosecution and the defense agreed. In 1976, the law changed and sentences for such crimes were reduced. The prosecution took this into consideration when it offered the SF8 the plea bargain and in the terms of this agreement. 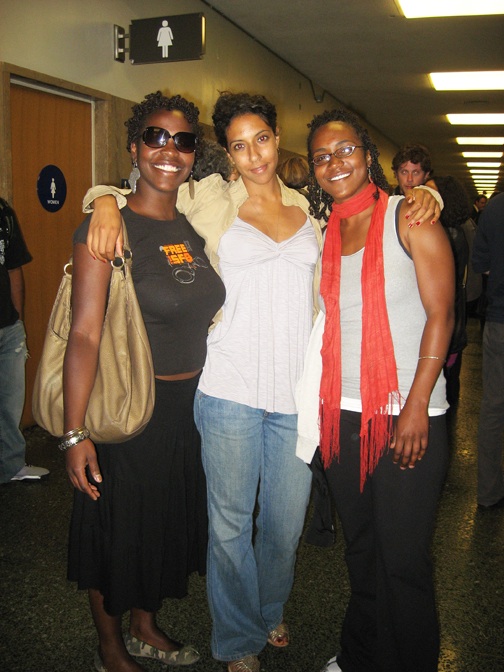 The proceedings were all polite and orderly. Bell didn’t make a statement when given the opportunity. I would have liked to hear his rationale, but this was court and he is not free, so perhaps the less said the better.

In the hallway, there wasn’t much jubilation, but people were happy for Herman and hopeful for his case.

I have never spent a day behind bars; however, this lack of direct experience does not mean that I am not affected or that I don’t know how disruptive it can be to a family to have one’s father or grandfather snatched from the home at night by people in uniforms waving badges. This happened to me as a youth in San Francisco when my father was defending our home one afternoon. He was arrested, and my brother and I were left alone. Sister Elretha picked my brother and me up and took us to stay with her family until my dad was released.

I remember going to visit him in the county jail. I remember watching him walk over to the chair, where a glass separated us, and pick up the phone. I remember his face through the glass even though I don’t recall what we spoke about, nor do I remember how long it was before he came home. Perhaps this is the beginning of my amnesia, this erasing?

I don’t remember if my brother was there with me. I don’t know how Daddy got home or what time of day it was. I just know it wasn’t two years, or anything like what Herman Bell’s family has had to endure.

Bell, his attorney Stuart Hanlon said in a follow-up email, “was facing life without the possibility of parole in a maximum security prison in California if convicted. The government, through an informant, originally alleged that Mr. Bell was the shooter of Sgt. Young. However, it is difficult to believe that the Attorney General of California, who prosecuted this case, would have allowed Mr. Bell to plead to a lesser charge with a sentence of only informal probation if there was credible evidence he had shot Sgt. Young.”

Bell’s supporters see this move as a victory and look forward to a positive outcome once he goes before the parole board in New York. Richard Brown has told me many times that the state of California is set on using SF8 as the poster case for admission of evidence gathered through torture.

I’ve invited Richard Brown and other SF8 plaintiffs who will be in town from Florida, Southern California and New York on my radio show Friday, July 3, 8 a.m. We’ll be talking about the SF8 case, Herman Bell’s decision and the coming weeks. I have also invited Herman Bell’s attorney Stuart Hanlon, on the air. Hanlon has confirmed. Also invited is Kamel Bell, CEO of Ankh Productions. Kamel has not confirmed.