Protest denial, protest setting of next parole hearing to 2024 when he’s 79 years old 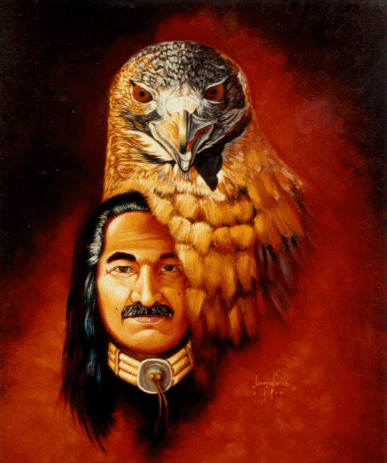 The Bush administration holdovers on the U.S. Parole Commission today adopted the position of the FBI that anyone who may be implicated in the killings of its agents should never be paroled and should be left to die in prison.

Despite judicial determinations that the unrepentant FBI fabricated evidence and presented perjured testimony in Leonard Peltier’s prosecution; despite a jury’s acquittal on grounds of self-defense of two co-defendants who were found to have engaged in the same conduct for which Mr. Peltier was convicted; despite Mr. Peltier’s exemplary record during his incarceration for more than 33 years and his clearly demonstrated eligibility for parole; despite letters and petitions calling for his release submitted by millions of people in this country and around the world including one of the judges who ruled on his earlier appeals; and despite his advanced age and deteriorating health, the Parole Commission today informed Mr. Peltier that his “release on parole would depreciate the seriousness of your offenses and would promote disrespect for the law” and set a reconsideration hearing in July 2024.

This is the extreme action of the same law enforcement community that brought us the indefinite imprisonment of suspected teenage terrorists, tortures and killings in CIA prisons around the world and widespread disrespect for the democratic concepts of justice upon which this country supposedly was founded. These are the same institutions that have never treated indigenous peoples with dignity or respect or accepted any responsibility for centuries of intolerance and abuse.

At his parole hearing on July 28, Leonard Peltier expressed regret and accepted responsibility for his role in the incident in which the two FBI agents and one Native American activist died as the result of a shootout on the Pine Ridge Reservation. Mr. Peltier emphasized that the shootout occurred in circumstances where there literally was a war going on between corrupt tribal leaders, supported by the government, on the one hand, and Native American traditionalists and young activists on the other.

Accordingly, it is not true that Leonard Peltier participated in “the execution style murders of two FBI agents,” as the Parole Commission asserts, and there never has been credible evidence of Mr. Peltier’s responsibility for the fatal shots, as the FBI continues to allege.

Moreover, given the corrupt practices of the FBI itself, it is entirely untrue that Leonard Peltier’s parole at this juncture will in any way “depreciate the seriousness” of his conduct and/or “promote disrespect for the law.”

We will continue to seek parole and clemency for Mr. Peltier and to eventually bring this prolonged injustice to a prompt and fair resolution.

News from North Dakota today is that Leonard Peltier’s parole has been denied. He won’t receive another full parole hearing until 2024, at the age of 79 years.

Take a moment to reflect. Just a moment. But then put your disappointment behind you. Gather your strength. There’s much work to be done.

On June 23, 1995, Amnesty International submitted a letter of concern about the Peltier case to the then U.S. Attorney General. There was no response. Write to Eric Holder, Attorney General. Ask him to conduct an executive review of the case and to finally right the wrongs of the past. Tell him it’s never too late to find the truth. Justice delayed is justice denied.

And while you’re at it, ask Mr. Holder why more than 140,000 documents from a more than 30-year-old case are still being withheld by the Federal Bureau of Investigation. Tell him America has a right to know what occurred over 30 years ago and demand the release of all documents related to the Peltier case.

Use all the resources at your disposal to contact your members of Congress and continue urging them to support freedom for Leonard Peltier. That support should be formally expressed in correspondence to President Obama.

Do you use Twitter? Try using this service to quickly and easily reach your members of Congress: http://tcxs.net/.

Congress will not be in session for most of August. This is a good time to meet with your members of Congress in their home offices. Make the appointment now. You can find locations, telephone numbers etc. via our congressional directory: http://www.FreePeltierNow.org/congressmaster.htm.

You also can send an e-mail to the White House. Go to http://www.whitehouse.gov/contact/.

Better yet … do all three. It’s time to set him free … because it is the RIGHT thing to do.

“When you begin a great work you can’t expect to finish it all at once; therefore, you and your brothers [and sisters] press on and let nothing discourage you until you have entirely finished what you have begun.” – Teedyuschung, chief of 10 Delaware tribes, died in 1763

To learn more, visit Friends of Peltier at http://www.FreePeltierNow.org or email contact@whoisleonardpeltier.info. The Bay View thanks Freedom Archives, www.Freedomarchives.org, for compiling this information. Questions and comments may be sent to claude@freedomarchives.org.