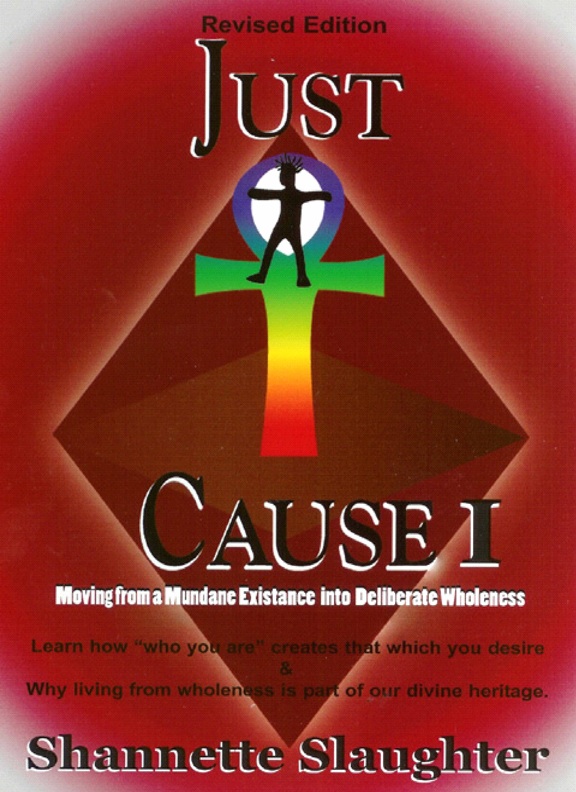 Shannette Slaughter’s former Black bookstore, Alkebulan Books, is legendary in the Bay Area because of the assistance it has given thousands to educate themselves in a society where the television shows we watch and the music we listen to tries to direct our attention to strict consumerism, where we buy a whole bunch of stuff that we don’t need and we have no concern for the plight of our people. They call it “programming”; we call it “mind-control.”

Now she has moved her North Oakland/Berkeley based bookstore online, and she just wrote her own book “Just Cause I.” She will also be appearing at an ASA Academy fundraiser, so we wanted her to drop a few words in the Bay View so our readers would know what’s up. Here is Shannette in her own words.

M.O.I. JR: Can you tell me about your history in the Bay?

Shannette: I was born and raised in the Oakland. My parents, like most, are from the South and they came here as children from the South. My maternal grandparents came out here like many with the shipyards. While my paternal grandparents came out here to open business and purchase property. Both of my grandfathers became entrepreneurs in California. And I knew that I too would be a business owner from a very young age.

M.O.I. JR: How did you come to own Alkebulan books? 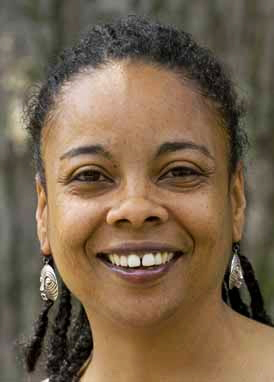 Shanette: Alkebulan Books was a response to the loss of a loved one to an act of violence. To make a long story short, I was led to do my part to help us heal as a community. And, although I did not know at the time that I opened it, Alkebulan Books was the answer. It helped to salve the pain I felt from having my fiancée murdered.

Shannette: Alkebulan is the last name that we called the continent that we have come to call Afrika prior to being dominated by Europeans. The name helps us to remember a time when we controlled the land we occupied. It also helps us to remember the lessons and blessings of this time period.

Shannette: We are now an online book store. You can still find the same great books at www.Alkebulanbooks.com. Because I needed to have the freedom to travel, the store no longer has a physical location in the Bay Area. So we co-host events with local community organizations.

M.O.I. JR: Can you tell us about your new book?

Shannette: “Just Cause” is a journey from a mundane existence, which is how most of us live, into a deliberate wholeness. Although we create the lives that we live through the whole of our being, most of what we cause is done in the presence of denial. “Just Cause I” helps us to get rid of denial as we accept responsibility and move into a healthier space from which to create more desirable outcomes.

What is metaphysics? Meta means “before” or “prior to.” So metaphysics merely means before the physical. Metaphysics is all the stuff that goes on prior to something coming into the physical realm.

Why did I write about it? I choose to write about metaphysics because it is the most powerful aspect of creation. Once a thing is created, changing it is much more difficult than just creating something that is fully desirable in and of it self. If we are going to become more powerful, we most move our power to the power-filled side of creation.

M.O.I. JR: You are doing a fundraiser for ASA. How did you get involved with an independent school?

Shannette: I have been a support of ASA from its inception. Anyone who has ever worked with our children knows the importance of our creating a whole school environment rooted in Afrocentric concepts. ASA is very much on its way to providing such an environment for our child.

They, like many other worthy institutions, are suffering because of needed financial support. Tovi and Sharon, the founders of ASA, have done their part in the community. Now it is the community’s turn to support their efforts.

M.O.I. JR: What is the importance of early education where children learn in an Afrocentric environment?

Shannette: When Afrikan and melinated childern learn in an African centered environment, they see their true reflection through time. African centered education gives us a view of the story of humanity. In truth, we are not the descendants of slaves as much as we are a rich people from a rich land that went through an enslaved period.

It is important that all people have an opportunity tell their story from their perspective and we are no different. The telling of our story will help has become clear on our process and what we need to do to move forward.

M.O.I. JR: What is the importance of self education?

Shannette: Self education is even more important than an African centered education and yet perhaps for the same reason. A self education will allow for each one of us to get clear about our particular life lessons.

We all are on this planet with purpose. If we are to experience this to the fullest, we must increase our awareness and become more present. Self education supports this process. Through self education we are not learning what someone else has deemed important, but rather, we are reading and exploring what we have deemed important to ourselves.

ASA Academy, a school and science center designed to increase the number of African American and other under-represented populations in the field of science and technology, and Shannette Slaughter, author of “Just Cause I: Moving from a Mundane Existence into Deliberate Wholeness,” have teamed up in a fundraising effort. Ms. Slaughter will be in the Oakland area Aug. 6 promoting her new book and donating a portion of all her proceeds to ASA Academy.

Ms. Slaughter lectures on metaphysics and spirituality all through out the U.S. and abroad. She specializes in the affects of melanin on the process of causation. For more information on Ms. Slaughter, visit www.Justcausebooks.com.

ASA, like so many non-profit organizations across the country, is struggling to remain a vital resource in the community. ASA plays an important role in the lives of each and every student who comes through its doors. Whether they come for a weekend workshop or stay through high school graduation, they will never forget the wonderful experience they had while there.

ASA’s record for preparing and supporting their students for college is unsurpassed. One hundred percent of the students who graduate from ASA are accepted into four year colleges and go on to do well. As a community, we cannot afford to lose ASA as an institution. We have to do what we can today to ensure our children have a chance tomorrow.

Society as a whole benefits from having healthy, well educated adults who are able to make good sound decisions. ASA prepares our future today. Learn more about ASA Academy and its other fundraising efforts by visiting http://asacsc.org.

“By teaming up with author Shannette Slaughter, we have created a win-win for our supporters. They receive great information, while supporting our efforts to maintain our community presence. We love working with the youth and we need to support from the community to continue our work. And we are always learning from every experience,” says Tovi Scruggs, co-founder of ASA Academy.

If you would like to volunteer or donate to ASA, visit http://asacsc.org.

From slavery to suicide

The 2020 vision for Buy Black Wednesdays

Protesting police murder of Alan Blueford and war on Afrikans

Fly Benzo is free, so why is Mendell Plaza a no Fly zone?

Ride it ‘til the wheels fall off …

Building the bridge of the home and school connection