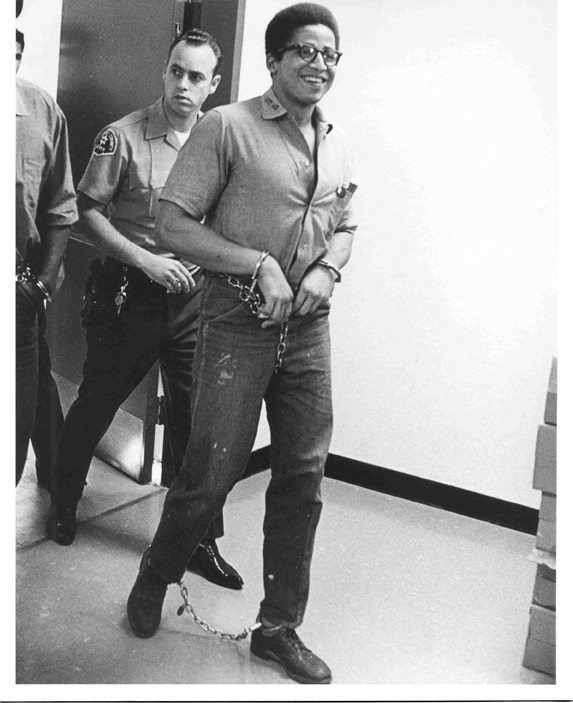 The decision by the San Francisco Bay View to include coverage of “Black August” in its August 2009 edition was courageous and correct both from a legal and historical perspective. To have refrained from publishing its own editorial and articles from others on this subject would most certainly have strengthened the hand of reactionary state actors who have used prior restraint to curb “dangerous” speech since the days of British colonial rule.

There is no doubt, however, that the California Department of Corrections and Rehabilitation (CDCR) and parole boards throughout the state will continue to treat mere possession of such constitutionally protected materials as indicia of “gang” association. Increasingly, public interest attorneys are challenging this perverse practice as not only a violation of the First Amendment rights of prisoners but those belonging to reporters, commentators, teachers, writers, publishers and the public in general.

Although the CDCR has been unjustly validating prisoners who are merely exercising their first amendment rights for a long time, a recent California Supreme Court decision opens the door for fresh challenges.

In the past, parole boards could – and did – point to the “egregiousness” of an inmate’s commitment offense as the sole justification for determining that he or she was unsuitable for release. In the case of In re Lawrence, (2008) 44 Cal. 4th 1181, however, the California Supreme Court held that denial of parole cannot be based exclusively on consideration of the egregiousness of a commitment offense, standing alone, as this was not enough as a predictor of future behavior that threatened public safety.

Now, Lawrence requires that a decision denying parole must identify a nexus between the commitment offense and the existence of “current dangerousness.” In other words, regardless of how despicable the circumstances of the original crime are portrayed, these factors are immutable; they cannot be changed and mere reliance on them therefore completely eliminated consideration of those factors that can and do change and over which the inmate has some measure of control such as the inmate’s prison record, evidence of rehabilitation and other suitability factors.

To meet this legal burden, therefore, and to keep the most politically oriented prisoners behind bars, CDCR and parole boards are relying even more heavily on a showing of gang validation as the reason for confinement in the SHU since they can also argue that such gang allegiance meets the standard of “current dangerousness.” Thus, the Lawrence decision poses new opportunities and new dangers but overall, represents a positive development. Unfortunately, parole boards are simply ignoring this new precedent.

Although the CDCR has long used possession of published materials on “Black August,” George Jackson, the Black Panther Party and other historical subjects to meet the “some evidence” threshold needed to show gang affiliation and thereby justify lengthy confinement in the SHU units, prisoners and attorneys need to use the Lawrence decision to expose this practice insofar as the mere confinement in the SHU is supposed to be the equivalent of a showing of “current dangerousness.”

In other words, if confinement in the SHU is a per se indication of current dangerousness, and that incarceration is shown to be based upon a false validation of gang association, then parole boards should not be able to pass the Lawrence test merely by reciting that the prisoner is housed in the SHU. This false foundation for locking up hundreds of prisoners across California and the nation is inconsistent with the law and substantial justice.

In sum, the implications of the CDCR and parole boards’ unconstitutional policies and the criminalization of inmates’ legitimate scholarship and thought go beyond prison walls. By treating publications such as the San Francisco Bay View and other publications by and about controversial historical figures and events as per se “evidence” of gang allegiance, these publications are defamed and their ability to freely circulate is impeded.

What’s more, this perverse scenario calls into question the good faith of the Department, inasmuch as these materials are allowed into the prison and then used as virtual entrapment devices, insofar as gang validation and suitability for release are considered.

For this reason, this law office is teaming up with the San Francisco Bay View to challenge the CDCR and join the issues of prisoners’ civil rights with the broad issue of academic freedom, the First Amendment and defamatory, illegal restraints on freedom of the press. We are currently seeking publicity and funds to finance this litigation.

All across this country, there are men and women in prison who long ago should have been deemed suitable for release but for the fact that they stubbornly cling to their right to think their own thoughts, have their opinions, read, write and otherwise exercise their inalienable rights.

We need to hear from you. At the same time there are thousands of publishers, writers, teachers and the like whose First Amendment right to contribute to “the marketplace of ideas” is compromised when mere possession of their work is enough to keep a reader behind bars forever. We need to hear from you, too. If we can join these two fronts of struggle — behind and outside the walls — we can win.