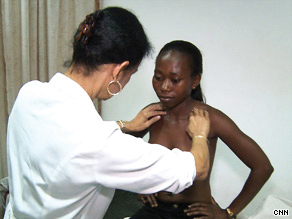 A commercial message broadcast on national television last month by women’s breast cancer advocacy groups was assailed as outrageous, insensitive and an example of reverse sexism. It portrayed men in form fitting T-shirts and sexy tops with “tits” and “boobs.” Their message was clear if not “over the top.” If men had breasts, funding for breast cancer research and treatment in the U.S. would be a higher priority!

But men do have breasts and men do contract breast cancer and, for environmental health and justice advocates in Bayview Hunters Point and Department of Public Health epidemiologists, it is imperative that recent toxicological investigations conducted by the Environmental Protection Agency into breast cancer clusters in men at a U.S. military installation and federal Superfund sites receive the utmost attention.

Nowhere is the worldwide obesity epidemic more evident than in the increased incidence of men who have fatty tissue deposited in the breast regions of their chest. Called gynecomastia, it is a source of perpetual embarrassment for otherwise healthy men, many of whom will not remove their undershirts in gyms, locker rooms and retail dressing stalls for fear of repudiation. 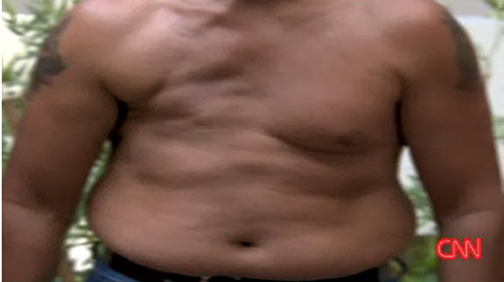 Indeed, in my own private sports medicine practice, I recently evaluated a competitive athlete who underwent surgical excision of the breast tissue overlying his chest for purely cosmetic reasons!

Webster’s Random House dictionary defines the breast as either of the pair of mammary glands on the chest of primates, especially the postpubertal female and “the bosom conceived of as the center of emotion.”

Breast cancer arises most often from the ducts and glandular tissues of the mammary glands in women. It is a hormone driven cancer – much like its male analog, prostate cancer. Higher levels and more sustained secretion of the hormones estrogen and testosterone drive these glandular cancers.

Early epidemiological studies of breast cancer found it to occur more often in single women and linked to hormonal imbalance. Recent research has linked an increase in breast cancer incidence to postmenopausal estrogens prescribed to women to treat symptoms of hot flashes, mood disturbance and the decrease in bone density called osteoporosis.

Today we know there are only two major risk factors for breast cancer: female gender and age greater than 50. Other risk factors that have emerged in recent studies include exposure to ionizing radiation, exposure to environmental estrogens in pesticides and other toxins, alcohol consumption greater than two drinks per day (seen in the Marin County breast cancer study) and obesity.

Unlike women, fewer than 2,000 men are diagnosed with breast cancer each year in the United States. That’s why CNN News investigated a confirmed report by the EPA that 20 men, all marines and their sons, had developed breast cancer while living at Camp Lejeune, a Marine Corps training center in North Carolina, during the period of 1960 to 1980.

Breast cancer in men presents similar to tumors in women with inversion and bleeding from the nipple or a lump in the breast. Like women, the outcome depends on early diagnosis and treatment and, understandably, men with breast cancer can easily be overlooked – especially men who delay medical evaluation out of embarrassment or fear.

What they had in common should make everyone in Bayview Hunters Point and the city of San Francisco take notice. Frank Bove, an epidemiologist with the federal ATSDR, the same group that has conducted numerous investigations at the Hunters Point Shipyard, found the level of contamination in samples of drinking water at the military base to be “the highest I have ever seen in a public water system in this country.”

What was in the drinking water? Benzene, trichloroethylene and perchloroethylene, the same volatile organic compounds (VOCs) documented by the Navy, the Bay Area Air Quality Management District, the Department of Public Health and even the Environmental Impact Reviews published by the San Francisco Redevelopment Agency to be ubiquitous in Bayview Hunters Point.

VOCs emanate from the Parcel E landfill at the Shipyard and were found in ambient air studies by Peter Palmer, Ph.D., and community scientist Raymond Tompkins at the gate of the Hunters Point Naval Shipyard. They are generated by the Potrero Hill power plant, the sewage treatment plant, private industries and by automobiles and diesel trucks traveling along Third Street and southbound 101.

The World Health Organization classifies benzene as a Class I carcinogen that causes cancer. It was found in astoundingly high levels in classroom air monitoring data at the George Washington Carver school, sited within a quarter of a mile of the naval base. It has been found in every air monitoring study conducted in Bayview Hunters Point, a community with an increased incidence and death rate from breast cancer!

It has also been proven that the genetic markers can be detected that increase the risk of breast cancer by as much as 50 percent in women who have first degree relatives – a mother or sister – with breast cancer. While breast cancer advocates call for more funding for breast cancer genetic screening, the reality is that over 90 percent of the 200,000 women in the U.S. diagnosed with breast cancer each year do not have a genetic risk factor.

A recent investigation conducted by an African American female surgeon was highlighted on CNN’s Black In America series. Dr. Lisa Newman is a surgical oncologist specializing in research on breast cancer in African American women who often present with aggressive, difficult to treat triple negative or TNBC tumors. Dr. Newman traveled 16 hours from Michigan to the country of Ghana to study they types of breast cancer tumors women develop in West Africa. African Americans are believed to be about 70 percent West African in genetic makeup and Dr. Newman had a hunch that a genetic or heritable link existed. What she found was absolutely astounding.

Triple negative breast cancers are those that lack three important markers that gauge how vulnerable the tumor will be to conventional treatment options. Those three markers are estrogen receptors, progesterone receptors and HER2/neu receptors. Dr. Newman found that 60 percent of Ghanaian women with breast cancer had TNBC tumors much like their sisters in the African Diaspora of America!

Twenty retired U.S. Marines or sons of Marines who once lived at Camp Lejeune, North Carolina, are now suffering from breast cancer, a disease that strikes about one man for every 100 women who get it. All 20 fear that water contaminated with high levels of toxic chemicals may have caused their illnesses, but the Marine Corps says no link has been found between the contamination and their diseases.