by Ralph Schoenman and Bradley Wiedmaier 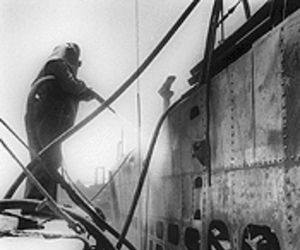 Mark Leno’s Senate Bill 792 is a parkland preservation disaster, a cynical exploitation of Bayview Hunters Point and its Black and disadvantaged residents.

Would anyone support selling off Bay-front parkland along the Golden Gate for maintenance in exchange for a toxic dump? Not without a huge outcry highlighting the exploitation, greed and contemptuous disregard for the residents involved in the proposition.

How about trading 25 to 33 percent of the Presidio to fund the upkeep of toxic land or a like percentage of Aquatic Park or Fort Mason?

Senate Bill 792, on the contrary, impacts Bayview Hunters Point. It has been promoted shamelessly as if the deprivation of parkland for the Black residents of Bayview is of no consequence, without any claim upon the scrutiny and moral antennae that would automatically be brought into play if so brazen a handover of parkland in exchange for toxic sites were imposed upon the neighborhoods of upscale residents.

When it comes to the most disadvantaged community in the city, one that cries out for renewed infrastructure and for priority attention, the opposite unfolds – a rancid political maneuver designed to strip Bayview residents of desirable parkland in exchange for contaminated land that the Lennar Corp. seeks to unload without the responsibility of refurbishment.

The omnipresence of environmental racism in San Francisco reaches its apex with SB 792.

Mark Leno has served as a shameless shill for Lennar in this cynical exploitation of the Bayview. He has held no hearings in the neighborhoods impacted by his legislation.

Leno claims that there have been hearings on the issue for over 10 years. In fact, not one hearing has taken place in the affected community. No one in Bayview Hunters Point has had the opportunity to attend a meeting, exposition or evaluation of the actual import of SB 792.

Proposition G in June 2008 was crafted with the clear intent of concealing the operation. The land exchange was hidden in a classic bait-and-switch maneuver to prevent the electorate from knowing and understanding what it was they were importuned to support.

There has been no discussion. There has been no opportunity afforded Bayview community residents, activists or editors of the Bay View newspaper to inform the Labor Council in particular and its member unions in general of the real intent and racist character of this legislation.

Through such dissimulation, SB 792 has become a moving target. The legislation still addresses the 40 plus acre toxic exchange, the TOXIC SWAP, while playing fast and loose with the exact amount of parkland to be sequestered.

What is entailed is the following:

In exchange for capped toxic land in the Hunters Point Shipyard, land that can never be developed in its present state, land that is highly dangerous and off-limits – with the magnitude of its toxicity and contamination yet to be fully calibrated – an exchange of equal acreage of desirable, uncontaminated and clean Candlestick Point land will be handed over to Lennar.

Bayview residents will be deprived of prime parkland with Bay and coastal vantage so that Lennar can develop this parkland for profit, with its desirable setting and views, while ridding itself of a toxic dump site.

The legislation specifies up to 40 acres of Bay view parkland. Faced with opposition and outrage from the Bayview community, its sponsors now speak vaguely of “lesser” acreage, perhaps even half the 40 acres, compensated by greater building density.

Half the parkland does not equal half the outrage. The land to be exchanged remains toxic shipyard land!

It is instructive to note that no maps have been provided that reveal the actual land that is to be exchanged for the desirable parkland at Candlestick. Lennar and Leno have been at pains to conceal the toxic land and its location that they seek to slip by the public in their toxic swap.

One ploy of Lennar is to assert that recreational land will be allotted in the Hunters Point development plan. Additional recreational land there, however, is entirely superfluous for a basic reason: Lennar has underbid the cost of a toxic cleanup of a radioactive, contaminated and highly toxic Naval Shipyard Superfund mess at Hunters Point.

What Lennar, Leno and Paulson are concealing is that Lennar is dumping worse than useless land on the public, land where radioactivity may well preclude any viable restoration, for desirable and developable land at Candlestick.

Lennar has been cagey about the precise land areas at Hunters Point that they will exchange, thus enabling them to include its most toxic and contaminated sections.

“The proposed shipyard stadium provides an innovative use for surrounding land that’s not considered developable because of radiation issues.

“The radioactively contaminated land is proposed to be used for stadium parking, with grass parking lots used on non-game days as sports fields.

“If the stadium is not built, sports fields are still planned to be built in that area …”

This shipyard land may well be part of the “parkland exchange” to which Leno and Lennar allude – a stadium sports field built on radioactive ground!

Is this what SB 792 intends: a contaminated sports field in exchange for Bay view parkland?

Does a radioactive sports fields sound appealing? Is the toxic land not merely to be unloaded but deployed as a suitable site for stadium events attended by sports fans and their families?

Why is this Naval Superfund site not called out for urgent detoxification and cleanup?

Regardless of the location of toxic land, rainfall permeates the aquifer and spreads toxicity far beyond the specific location of the toxins.

Why is Lennar leaving this toxic time bomb for the public to inherit? Why is Lennar not addressing fully and openly the Superfund legacy it assumed for the purpose of ridding the area of its contamination?

Why is the Democratic Party, the party of Speaker of the House of Representatives Nancy Pelosi, promoting this calamity through Sen. Leno?

How can we allow this radioactive mess to be tolerated by the city of San Francisco and the Environmental Protection Agency instead of insisting that the city and the federal government mandate that these toxic soils and materials are placed in secure containers and removed to a waste disposal site? How can the coverup of this toxicity, both physically and politically, be countenanced in San Francisco?

The outcome of this essential issue of the cleanup is not the only matter of concern. The process of the cleanup is of equal importance, as evidenced by Lennar’s criminal neglect in a precisely analogous situation.

In 2006, the Center for Self Improvement was notified by whistle-blowers among workers involved in Lennar’s excavation and earthmoving activities in preparation for development at the shipyard that school children at its school located immediately adjacent to the worksite were exposed continuously to toxic dust.

Lennar and the Redevelopment Agency continued the flawed development nonetheless, work that involved in 2008 alone 384 days of toxic safety violations, resulting in nothing more than toothless fines of $515,000 without criminal consequences.

Lennar has continued to exceed pollution limits. In May 2009, major violations of Bay Area Air Quality Management District standards were registered with no penalty resulting or even a shut-down notice.

Can Lennar or Leno be trusted to behave differently with respect to the Hunters Point toxic land that is the predicate of the Candlestick parkland “exchange,” quite apart from the inappropriateness of handing over Candlestick parkland for development in the first place?

Another dimension of the rape of the Candlestick park acreage is the notion that Lennar can render the despoiling of the area more palatable by reducing the volume of Candlestick Point parkland to a slender waterfront apron surrounding luxury housing. They convert, thereby, the depth and width of a viable park and wildlife preserve into little more than a decorative embellishment for a dense housing development. This entails, essentially, converting a natural coastal area into a shoreline strip.

The Labor Council and the trade union movement must stand for parkland preservation and for the right of working class residents to preserve and maintain the views and natural settings that enhance their communities.

Were such degradation of views and natural setting visited upon upscale neighborhoods, the outcry would be deafening.

The public at large and worker defense organizations in particular should not be party to a policy of selling off parkland to facilitate the speculative greed of developers. Lennar has more than enough land in its grasp to develop without handing over the parkland and Bay view setting of the Black community at Candlestick Point.

That this is to be done in exchange for a highly contaminated toxic site adds insult to injury.

We must resist and reject this unilaterally imposed policy of the Labor Council officialdom, an act that covers them in shame.

Sen. Leno, state legislators and Nancy Pelosi must be put on notice that San Franciscans did not vote to hand Lennar the parkland of Bayview in exchange for a toxic site.

This land exchange was concealed in Prop. G and all claims to the contrary are little more than calculated disinformation. Had the voters of San Francisco been allowed to know that Prop. G would be converted into SB 792, they would have rejected it overwhelmingly.

One thing is certain: San Franciscans will be informed, passionately and clearly, that SB 792 is a license for Lennar to dump worthless, dangerous, highly toxic and radioactive land on the public, in exchange for clean, desirable Candlestick parkland that graces the Black and working class community of Bayview Hunters Point.

Labor must not be deceived into becoming an unwitting and involuntary participant in a major crime.

Ralph Schoenman is a member of UAW 1981 and co-producer with Mya Shone of the national radio program Taking Aim. Bradley Wiedmaier is an architectural historian, a member of SEIU and UHW Homecare. Both Bradley Wiedmaier and Ralph Schoenman are active members of the 113 Steuart Street Landmark Committee and the 113 Steuart Labor Center Project – seeking to preserve the ILWU union hall that served as ground zero for the 1934 Great Maritime and San Francisco General Strike. They can be reached at bradley_wiedmaier@yahoo.com and rbs1@pacbell.net or (415) 694 3605 and (707) 552 9992.