A plea for understanding and assistance from Katrina survivors in Houston 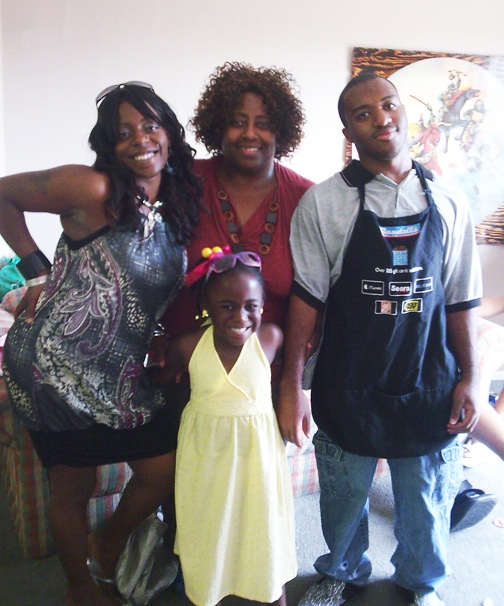 I ask the question, “Did we cause the hurricane?” There is no one that can answer, yet there are those that state to me and my family – all Katrina survivors – “It has been four years. Everyone should have put that behind them and moved on.”

But I can remember my achievements in this life as well as my tireless efforts to get to the professional level, where I was when Hurricane Katrina made landfall in New Orleans, La. Still they say, “It has been four years. Everyone should be over the Katrina thing.”

New Orleans, La., is our home. We were forced to leave and some of us want to return but we have no support. What everyone must remember is this could have happened to any city or state. I pray to GOD that the state of Texas and the city of Houston will never experience what we, the Hurricane Katrina survivors, have and we continue to endure.

What everyone has not realized is that the aftermath of Hurricane Katrina is preventing many of the survivors from returning to self sufficiency. I’m not lazy nor do I expect the government to give me and my family a hand out.

All I and other Hurricane Katrina survivors desire is justice. Until an individual has walked in our shoes – witnessing young children and babies suffering from lack of food and water and the basics of life; witnessing those that were unable to evacuate because of lack of finances and transportation; witnessing bodies of children and adults floating in dirty water as well as rodents eating upon the dead; witnessing looters not just taking material things but committing crimes upon individuals – as a survivor then I say those individuals can only look through rose colored glasses and say what they would have done if it were them.

Pre-Katrina in New Orleans, my family and I owned a healthcare business; we were very active in our community and we were able to pay our tithes. Since relocating to Houston, Texas, we have been denied affordable housing, along with other tenants at Kensington Club, 14222-14250 Kimberley Lane, Houston, Texas 77079.

If the tenant questions the illegal activity there, then the management and owner will evict. In my case I was told by a Disaster Housing fraud specialist that if all the documented evidence that I have as well as what she and another DHAP (HUD’s Disaster Housing Assistance Program) individuals have uncovered, they would be fired if they presented these facts and findings to the attorney general in Texas.

She explained to me that the government will not proceed to investigate because it is legal for the apartment complex to accept the rental money that is designed to assist those that were in Hurricane Katrina or Rita and not apply portions of the money towards the rent as it was designed to be. Also she explained to me Texas has its own laws because it is like a country instead of a part of the 50 states.

Now because I complained to several politicians and other government officials in Texas, my family and I will be evicted if we remain in our units past Aug. 31, 2009. The Harris County Constable will physically remove me and my family; we have nowhere to go and now the little items that we have been able to replace post-Hurricane Katrina will be taken as a partial payment for our alleged nonpayment of rent, which is $10,000 according to the apartment complex.

The attorney I and my family had to take is a Lonestar attorney for people like me and my family. He has misrepresented us and all he could tell me is that in Texas the landlord always has the right. No matter if the tenant is right, the eviction court judges always rule in favor of the landlord.

Also I received assistance for my rent and electric in the total of $3,150, which gave me a zero balance for October, November an December, 2008. Then the apartment complex told me that the check was rejected by the bank for insufficient funds and if I did not get another check that was good, that my family and I would be evicted in 24 hours. The agency that had mailed the check immediately placed a stop payment and a second check was hand delivered by my case manager to the manager at Kensington Club.

I was told by the manager of the apartment complex that when she attempted to deposit the check, there was a stop payment. What she did was keep the first check which she said had insufficient funds and when the second check was given to her, she tried to cash both of them in the amount of $6,300, which means the first check in the amt of $3,150 had a stop payment and the replacement check of $3,150 was valid.

DHAP has caused many families to become homeless by stopping the payments months before the actual ending of the program. The case management here in Houston is a joke and the only individuals that are benefitting are the case management agencies. The case managers talk rude to you and treat you as if you are dirt because you need assistance.

I can go on and on, but it will take a long time; my plan is to write a book titled “Hurricane Katrina: Before, During and the Aftermath,” which will be a No. 1 bestseller. I’m so depressed and disgusted about my situation and my family having to again run for safety and shelter. We do not deserve this. We have obeyed all the government requirements to return to self-sufficient status, but here it is four years later and we are not able to return our lives to self-sufficient status because of greed and the gatekeepers that are in place to prevent the survivors from moving forward.

I attempted to secure another apartment so that my family and I would not be homeless. Also the apartment is close to everything and is on the bus line. Well, guess what? I was informed by the management of the new apartment that because I’m from New Orleans during the checking of my rental history, it shows that my family and I were evicted from our residence in August 2005 for non-payment of rent.

I have no bad rental history nowhere. As I tried to explain, because of Hurricane Katrina we were not allowed to return. I even went as far to bring the article about massive evictions in New Orleans post-Hurricane Katrina, yet I was denied the apartment.

Please pray for not just my family and myself but for all who are going through this ordeal but have no one to be an advocate for them. My family and I have nowhere to go. We have no finances to pay for a hotel until we can find an apartment that will accept us being from New Orleans. In the state of Texas, if you have an eviction no matter what the cause or how long ago and also from another state, you cannot rent in Texas.

For I am now ready to be offered and the time of my departure is at hand. I have fought a good fight, I have finished my course, I have kept my faith. – 2 Timothy 4:6,7. That was my Mother’s favorite bible passage. She would tell myself and my siblings to always remember this verse when you feel the spirit of defeat trying to bring you to pits of hell. Just remember this verse and the battle is not yours but the battle is the Lord’s.

Thank you for all of your assistance. If my personal belongings are put outside, it will be a very long time before I will be able to communicate with you. But remember that my family and myself will always be grateful to you for assistance and just being there to listen.

GOD, please help your children. We do not want to be homeless again. My granddaughter is 5 years old and she deserves to have a roof over her head and a stable place to call home. I cry every night and I ask why I have not been able to return to work because I’m very depressed and I can no longer afford to pay a taxi $400-$500 every week to provide homecare to my clients. I’m not asking for the riches of the world. All my family and I desire is to live in a safe and comfortable environment. Is that asking too much?

Eugenia Michelle Brown, LPN/LVN, can be emailed at jeannie_1256@yahoo.com, but she may have limited access to a computer until she and her family find housing. Her phone is (832) 258-0731. Please call her if you can help.