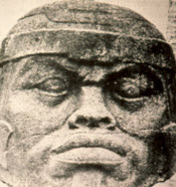 The recent exhibit, “The African Presence in Mexico: From Yanga to the Present” (May 9–Aug. 23, 2009), at the Oakland Museum of California, attracted many visitors from all walks of life who learned about the Black influence in Mexico. This significant influence has been acknowledged by the Mexican government since 1992, and thus people of African descent have been called the “third root” of Mexican heritage, along with the Native American and Spanish ethnic roots. The exhibit focused on Afro-Mexicans from the time when the ex-enslaved African Yanga in 1609 led a successful revolt against the Spanish and founded the first free town of San Lorenzo de los Negros in the state of Veracruz. In 1930, this Mexican town was renamed Yanga.

The artifacts and images establishing an African presence in ancient Mexico are definitive and undeniable, and this is documented in the works of Dr. Ivan Van Sertima and other scholars. The exhibit should be rated a C- or D+ because of this profound omission of Africans in the Mexico region before Christ.

At the end of the exhibit was a large placard discussing Dr. Van Sertima’s work in a few paragraphs. The placard mentioned that Van Sertima’s book, “They Came Before Columbus,” argues that there was a significant African presence in Mexico several thousand years ago. However, it asked a question, “the African Presence in Meso-America, myth or reality?”

In answering this question, the placard did mention in passing the categories of Van Sertima’s arguments of an African influence in ancient Mexico – linguistic, historical, archaeological, botanical, ancient maps, ocean currents etc. – yet at the same time it dismissed his conclusions with one sweeping statement. “The evidence that does support this theory are for the most part isolated artifacts, taken out of their archaeological context,” it stated.

Further, the placard did not present Van Sertima’s most definitive proof of Africans in ancient America. Instead, it presented three small images shown next to the text, and none of these images clearly showed an African ethnicity. These images were carefully selected to give an ambiguous and inconclusive view of the Olmec identity and thus create suspicions about Van Sertima’s conclusions.

The images presented in “They Came Before Columbus” and Van Sertima’s “Journal of African Civilizations” were ignored for obvious reasons because any visitor would then be able to see the objective evidence of Africans in ancient Mexico. It would have been more honest for the exhibit officials to present most, if not all, of the 17 heads of the Olmec kings and let the visitors decide on the racial identity of the images. 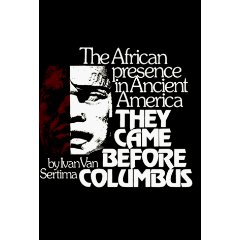 Indeed, the first of these heads, rediscovered at Tres Zapotes in 1858 is a 15-ton image of a king with a stunning Africoid appearance. This image and other clearly Africoid artifacts were deliberately left out of the exhibit, which would suggest to the uninformed visitor that Van Sertima’s conclusions are unproven.

Thus, the exhibit made note of Van Sertima’s research only to dismiss his findings. The main thesis of the exhibit was that there was an African presence in Mexico from the time Africans were brought there as slaves by the Spanish in the early 1500s, and that from the time of Yanga in the early 1600s Africans have had an important impact on Mexican history and culture.

In this regard, the exhibit stated that the “Mexican multi-racial society absord[ed] nearly everything African until all traces of African culture would completely vanish into the Mexican culture – Mexicanidad.” While this absorption process is generally true with little African evidence remaining, the exhibit shamefully dismissed the absorption of the initial Africans within the ancient Olmec civilization 3,000 years ago, and thus the “African Presence in Mexico” was not a “complete display” on Black people in Mexico.

This exhibit left the public with the same old misinformation – despite the abundant evidence to the contrary – that Africans first came to the Americas as slaves, rather than as independent traders and rulers. Let the public beware!

Professor Manu Ampim teaches in the Contra Costa College History Department and is a primary (first-hand) researcher specializing in African and African American history and culture. He can be reached at Mampim@contracosta.edu. Inquire about his study tours to Africa and Central America. Learn more at his website, http://manuampim.com. 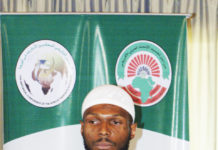