In the meantime, San Francisco Mayor Gavin Newsom, in his bid for governor of California, has been touting himself as the “environmental mayor” in town halls across the state, citing recent local initiatives to protect the environment.

Something doesn’t smell right. How can Mayor Newsom be the “environmental mayor” when the environment in Bayview Hunters Point is making children sick?

The Lennar Corp., a private, Florida-based multi-billion dollar development company, refuses to be a good neighbor to the residents of Bayview Hunters Point. Instead, the company has continuously blasted residents with toxic dust from the Hunters Point Naval Shipyard, one of the worst Superfund sites in the country.

Recently, Lennar was fined $515,000 by the Bay Area Air Quality Management District for blasting public housing residents and schoolchildren with toxic dust with no monitoring for more than nine months. However, Mayor Newsom recently went on record as saying that there was no health risk as a result of the development on the Hunters Point Shipyard. 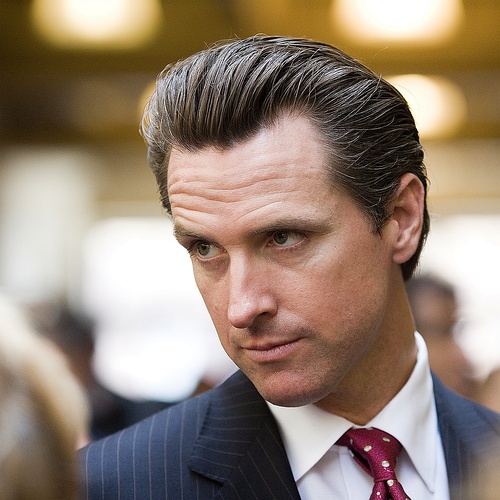 To this day, no testing of children living and learning near the Shipyard has occurred.

Bayview Hunters Point deserves better. Children, elderly, working class and low income residents shouldn’t have to suffer from a neighbor who cares more about profit than people. As a community, we demand that our children be tested for exposure to toxics present in the dirt at the Hunters Point Naval Shipyard, and for a temporary stoppage of work until the damage done to the community can be assessed.

Alicia Garza, co-director of POWER (People Organized to Win Employment Rights), has been organizing in Bayview Hunters Point for five years. She can be reached at alicia@peopleorganized.org or (415) 864-8372, ext. 305.