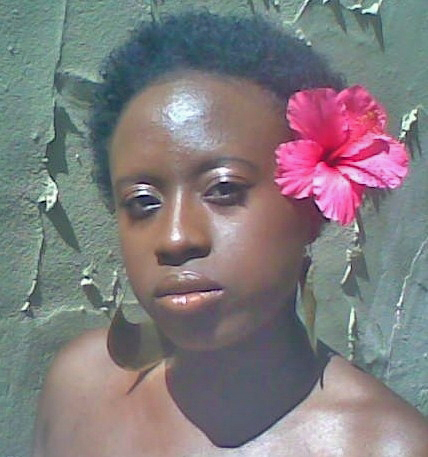 Taiwo Kujichagulia-Seitu and I have been close for more than a decade and ever since I have known her, her uniqueness has always struck me: the ways she walks, the vocab that she uses, the fact that she combed her locks out with forks instead of cutting her hair, her ever changing hairstyles, her being a follower of Ifa yet enjoying the music of Kirk Franklin. She is a true personification of the proverb that you can’t judge a book by its cover. Her lack of conformity has always made her a very important voice in our community, whether she is dealing with family issues, issues with the Black independent school that her daughter and niece go to, or whether its just plain community politics. People who do not agree with her respect her because they know that her actions come from a sincere place and are guided by what she truly thinks.

The thing that most threw me off about this East Oakland native is that she loves opera. She has been singing longer in her life than she hasn’t been, and seems to be able to hit notes that makes glass break. She has recently been cast in a Black opera called “Dark River,” which tells the story of legendary Civil Rights activist Fannie Lou Hamer. It opens at the Oakland Metro Opera House on Nov. 12 and runs until the 22nd. Check out her answers to our Q&A …

M.O.I. JR: How did you get into singing opera?

Taiwo: I auditioned for and was accepted into the Young Musicians’ Program at UC Berkeley when I was 12 years old. I was provided with voice lessons year ‘round and other music classes every summer until I graduated from high school. The program, like most music programs, is based on the study of European classical music, so I began singing opera.

M.O.I. JR: Was it hard to study when your peers were and are mostly into rap and R&B?

Taiwo: Not at all. I was always different. I grew up at an independent African centered school, performed West African dance, had a jazz musician and a griot for parents and had long locks – way before they were popular. Being an individual was not new for me. Plus, I still listened to The Boys, Salt N Pepa, Bobby Brown, BBD, En Vogue, Boyz II Men and everyone else. I even had an R&B singing group called Brown Sugar N Spice with my sister and best friend.

M.O.I. JR: Did you try out for the three parts that you sing?

Taiwo: No. I went in for an audition where I sang two songs – one with words by Toni Morrison. Then I waited for three weeks and got an email listing the parts I was cast in.

M.O.I. JR: I know it is the Fannie Lou Hamer story. Can you talk a little bit about the story of “Dark River”?

Taiwo: The opera chronicles Mrs. Hamer’s life in a way that shows the impetus for her commitment to voter registration for Black people in Mississippi, in spite of brutal and oftentimes deadly opposition. So in the opening scene, the audience sees Emmett Till being murdered. There are flashbacks of Mrs. Hamer’s childhood when racist white neighbors poisoned her family’s livestock because they couldn’t stand to see Black people doing well. The audience sees Fannie being sterilized and later sees her registering to vote and the resulting consequences she faced, such as being thrown off of the plantation where she sharecropped for 20 years and being viciously beaten.

M.O.I. JR: What is the importance of opera?

Taiwo: Opera is a genre of performing arts that is perfectly suited for high drama. Essentially a play that is set to music with sung dialogue, opera can intensify emotionally charged scenes in a way that can be difficult to capture with words alone. Life is multidimensional, oftentimes complex with layers of meaning and varying shades of understanding. Musically, opera can add to these dimensions, shading in layers that listeners process and react to emotionally.

Taiwo: Absolutely. African American opera singers were touring the world in the late 19th century. One, Madame Marie Selika, was introduced to President Rutherford B. Hayes by Frederick Douglass in 1878.

M.O.I. JR: I know that you have been a trained singer since you were little. What is the importance of getting your children involved in a craft early on in their lives? 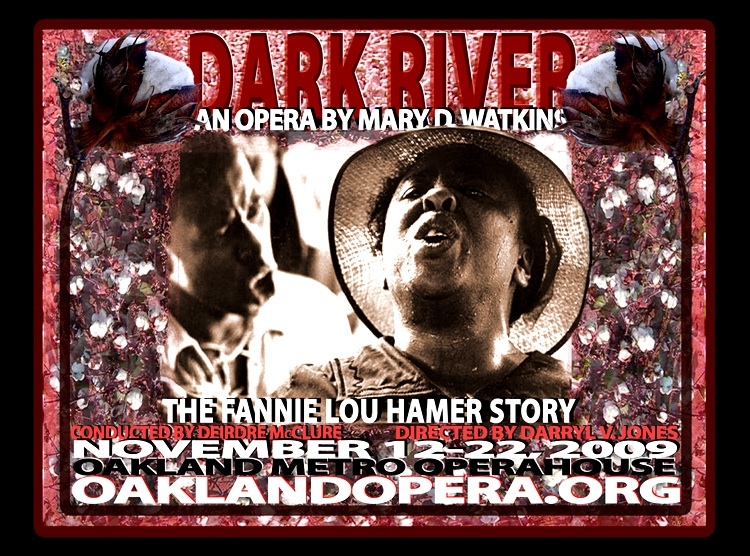 Taiwo: There are various reasons. First, any craft that children are introduced to, that they stick with, teaches discipline. To excel at anything requires a level of discipline that will extend beyond the craft itself. It will extend to the classroom and even to developing the diligence required to succeed in anything children choose to pursue later on in life.

Is it obvious yet that I am a teacher?

Second, involving children in a craft early on allows them to explore their talents and figure out what they want to do with their lives. Finally, such involvement will help build up a child’s self-confidence and esteem. They will not feel pressured to fit in with others because they will have a clear and well established sense of self-worth. That’s what early involvement in the arts did for me.

M.O.I. JR: How can people stay up to date with you?

Taiwo: People can email me at taiwoseitu@gmail.com.

Taiwo: Tickets can be purchased online at www.oaklandopera.org by clicking on the Advance Tickets link. The opera is running Nov. 12 through 22, Thursday through Sunday both weekends. Thursday night shows are $14. All other shows are $28. It is a great show. Hope to see you all there!