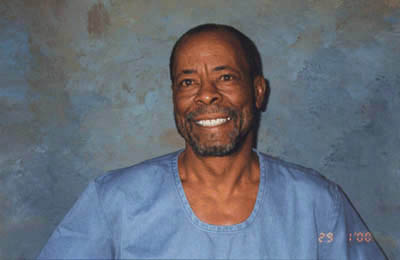 Health care costs are soaring and have become unaffordable for many families. It is no different for the Prison Industrial Complex (PIC), except they’re required by law to provide medical care to their wards.

Although much of prison health care is inadequate, many of its youthful captives can at least squeak by on what’s presently provided. Not so for those over 50 years of age, most of whom are beset by the common old age infirmities: high blood pressure and cholesterol, diabetes, clogged arteries, heart disease, cancer and the need for body part replacements.

California has the largest prison population in the U.S. plus the highest health care costs and spends $98,000 to $138,000 per year for each prisoner over 50. (See “Study Finds Record Numbers of Inmates Serving Life” by Solomon Moore, New York Times, July 2009, page A20.) An Aug. 11, 2009, New York Times editorial noted that just days before a Chino, California, prison riot, a three-judge panel ordered the state to reduce its 150,000-plus prison population by about 40,000 in the next two years as the only way to bring its prison health care system up to constitutional standards.

The editorial concluded: “The riot at Chino and the federal court’s ruling contain the same message for states everywhere: They must come up with a smart way to reduce prison populations and they must do it quickly.”

More prisoners today are serving life sentences than ever before. They are called “Lifers,” their numbers have quadrupled since 1984 to over 140,000 and they’ve become a major driving force behind the explosion of health care costs in prisons. Many Lifers are over 50 and most are parole eligible, while the remainder are doing life without parole (LWOP.)

One reason for the ballooning of life sentences is the Three Strikes You’re Out mandatory minimums, 100 to 1 ratio of crack to powder cocaine sentences, children sentenced to LWOP – in clear violation of international law – and other harsh edicts of the law and order climate of the last several decades.

Many Lifers over 50 have already done 20, even 30 years or more and some are 60, even 70 years old and more. Crime has been decreasing for the last decade or two and ALL indicators show that elderly prisoners, once released, rarely commit another crime and are least likely to return to prison.

So it is self-evident that the smartest and quickest way to begin reducing prison health care costs and prison overcrowding is to release aged and infirmed Lifers and LWOPs whose age plus years served equal a fixed number – say 70 years, for example – which could be further reduced in proportion to the seriousness of the Lifer’s illness.

Such a release process would not only be smart but ethical and prisoners’ families, loved ones and the public would be even wiser to urge their Congress member to put such a prison cost cutting bill into effect immediately.

Sundiata Acoli is a 72-year-old prisoner at FCI Otisville, New York, who is sentenced to life with the possibility of parole, afflicted with common old age infirmities and has been imprisoned 36 years to date. He was arrested for the May 2, 1973, New Jersey Turnpike shooting incident in which he shot no one but merely managed to survive but in which his passenger, Zayd Shakur, and a New Jersey trooper, Werner Foerster, were killed and another trooper, James Harper, was wounded as was Sundiata’s other passenger, Assata Shakur, who was at the time the object of a nationwide “woman hunt” and she was captured. Sundiata was also wounded, then captured 40 hours later. Sundiata and both his passengers were members of the Black Panther Party at the time.

Sundiata has endured some of the harshest treatment a prisoner could experience. Still, he maintains a favorable prison record. He is a talented painter and has written numerous published articles about the prison industrial complex. He is a beloved father, grandfather, brother and elder to many with a rich history of making invaluable contributions to his community.

In the ’60s Sundiata left a promising career at NASA as a computer programmer to travel to the South to help register Blacks to vote. During his activism with the New York Chapter of the Black Panther Party, Sundiata contributed to various programs providing the city of Harlem with community control of schools, tenant control of slum housing, free breakfast for school children, free health care, legal clinics and political education classes. He also worked on community programs against drug dealers and police brutality. Numerous Panthers are still languishing in prison and have repeatedly been denied parole despite clear support for their release.

For those reasons and because Assata escaped prison long ago, the Parole Board has twice denied Sundiata parole claiming he’s likely to commit another crime. Sundiata comes up for parole hearing again in February 2010 and people concerned about justice are urged to send letters, cards and signature petitions.

As the attorneys will present your letters formally and keep record of the number of letters received, please do not mail them to the Parole Board directly. Instead mail your letters to: Attorney Florence Morgan, 120-46 Queens Blvd., Kew Gardens, NY 11415.

Letters should be addressed to: Chairwoman Volette C. Ross, New Jersey State Parole Board, P.O. Box 862, Trenton NJ 08625, saying in effect that 36 years is enough. Sundiata Acoli, New Jersey No. 54859 and federal No. 39794-066, has long ago fulfilled all requirements for parole and is too old, infirm and highly unlikely to commit another crime, so I urge you to release Sundiata Acoli on parole.